Will ICC war crimes probe be a silver bullet?

Will ICC war crimes probe be a silver bullet? 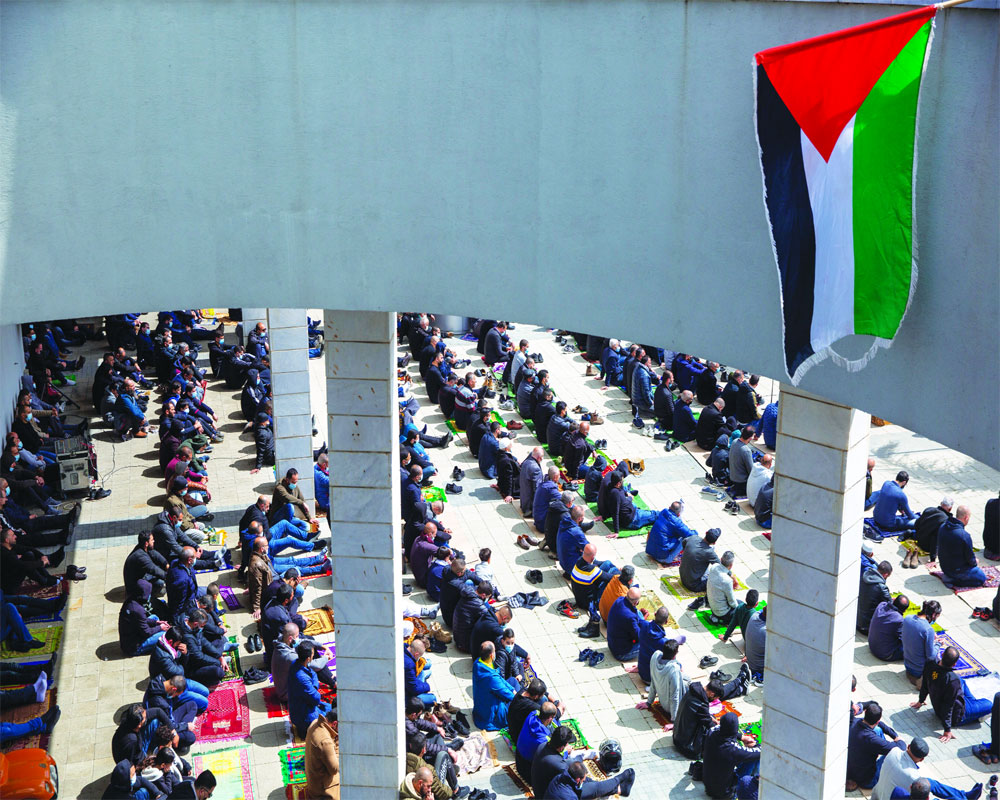 There are many stakeholders in the Palestine statehood stalemate. Despite decades of struggle, the Palestinian movement for self-determination is heading nowhere.A two-State solution is the most ideal way to end the crisis once for all

The Hague-based International Criminal Court (ICC) has ordered an investigation into the alleged war crimes in the Palestinian territories which were captured by Israel in the historic Six Day War of 1967, wherein the country has already started settlement construction.

The ICC investigation will look into “crimes that are alleged to have been committed” since June 13, 2014 — the Palestinians chose June 2014 as the start of the investigation to coincide with the run-up to Israel’s devastating Gaza war that summer.

Way back in 2015, the ICC began a preliminary investigation into the 2014 Gaza conflict. In the month of June that year, the Palestinian Authority (PA) submitted evidence of massive war crimes by the Israeli military. However, a report released by the UN highlighted that there was evidence of war crimes by both the Israeli military and the Hamas, the Palestinian militant outfit. According to UN estimates, over 2,200 Palestinians, including nearly 1,500 civilians, were killed by Israeli fire while at least 67 soldiers and six civilians were killed on the Israeli side.

However, Israel has argued that it waged a war of self-defense against nonstop rocket fire against its cities. Calling the ICC decision to begin war crimes probe “anti-Semitism and hypocrisy”, Israel Prime Minister Benjamin Netanyahu has said, “The state of Israel is under attack… I promise you we will fight for the truth until we annul this scandalous decision.”

Netanyahu has accused the ICC of “turning a blind eye to Iran, Syria and the other dictatorships that are committing real war crimes.”

The decision to launch the ICC probe was taken by its outgoing Chief Prosecutor Fatou Bensouda, a former Gambian Judge. In February this year, Bensouda claimed that the ICC had jurisdiction over the case. Her preliminary probe in 2019 has brought forth the fact that there is enough evidence to open a war crimes case in the West Bank, including East Jerusalem and Gaza Strip. In one of her statements, she said that the investigation will look into crimes within the jurisdiction of the court. She has ensured the international community that the investigation will be conducted “independently, impartially and objectively, without fear or favour”.

The massive task of this investigation will be carried out by the ICC’s new Chief Prosecutor, leading British lawyer Karim Khan, who will  replace Bensouda in June this year. He currently heads a UN investigation into war crimes committed by the Islamic State in Iraq.

The ICC probe aims to focus on two key areas around which Israeli Government’s policies are involved: its continued military offensives against the Palestinian militants in the Gaza Strip rocked by a devastating war in 2014 and its expansion of settlements in East Jerusalem and West Bank.

These actions of Tel Aviv have been broadly highlighted by the PA in its report filed in the ICC since its joining the Court.

Though Palestine is not an independent nation, it was granted non-member status in the coveted UN General Assembly in 2012. And this helped Palestine to claim its membership in other crucial global institutions such as the ICC. Ever since, Palestine has been trying to convince the international community about its allegation of war crimes by Israel.

Now interesting part of the probe announced by the ICC is that Israel is not a member of the court. Also, Israeli Government outlines the fact that since Palestine is not an independent state, the ICC does not have any jurisdiction over it.

However, the PA is extremely enthused with the launch of the ICC probe.

Nevertheless many Palestine sympathisers are getting worked up as the ICC has been painfully slow despite the evidence of war crimes was mentioned in the preliminary report by Bensouda.

The international court proceedings involving such cases might take a longer course of action in comparison to domestic trials.

Known popularly as ‘KingBibi’, Netanyahu is adept in handing the ICC probe issue. His followers call him, “The Magician”, “The Winner”, and “Melekh Yisrael” (i.e. King of Israel). Known for his anti-solutionism, he tries to popularise the theory that Israel is surrounded by wolves in sheep’s clothing and wolves in wolves clothing. It seems Netanyahu favours status quo on the Palestine issue.

An equally reluctant Fatah and the Palestinian Authority need to come up with a realistic solution. The status quo has supported the Fatah leadership as it helped it to remain in power. Even without creating a Palestinian state, the security cooperation with Israel may safeguard the PA from being overthrown by the Hamas.

In the past, when concerns were raised over war crimes in Israeli occupied areas, attempts were made to detract from the seriousness of the court’s findings. Questions were raised by Israel on the issue of statehood of Palestine, the legitimacy of the court jurisdiction and their very political appropriateness.

The then Trump Administration solidly backed the Israeli Government on this issue. Washington’s unwavering support to Tel Aviv reflected in its direct attack on the ICC and its personnel as it rejected the ICC’s authority over its citizens and territory, suspended visas to ICC personnel and their families, and condemned the Palestine investigation and any other action that seeks to target Israel unfairly.

Then Secretary of State Mike Pompeo constantly referred to the ICC as an embarrassing, political, renegade, unlawful, and a vehicle for political vendettas, masquerading as a legal body. Then President Trump issued an executive order that imposed sanctions over ICC prosecutor and investigators.

Many, particularly the left liberals across the world thought that with Joe Biden coming to power, Washington will reverse the previous course of action. And eventually a new America will be back.

However, the Biden Administration that has stressed on human rights and a multilateral approach to foreign policy has stood behind Israel, as American Presidents do.

Antony Blinken, his Secretary of State, sharply reacted to the ICC probe and said that the US firmly opposes and is deeply disappointed at the court’s decision to open a war crimes investigation in the occupied Palestinian territories. He further stated that the ICC had no jurisdiction over this matter. Israel is not a party to the ICC and has not consented to the court’s

jurisdiction and we have

US State Department spokesman Ned Price said, “We firmly oppose and are disappointed by the ICC prosecutor’s announcement of an investigation into the Palestinian situation.”

“We will continue to uphold our strong commitment to Israel and its security including by opposing actions that seek to target Israel unfairly,” Price told reporters in Washington.

This will surely encourage Netanyahu to ramp up campaign against the ICC decision.

To put an end to all the controversies, the duty of incoming prosecutor Khan is to consider the probe as purely a legal one.

Frustrated, annoyed and deprived of a credible international attention, the Palestinians are forced to set the stage for basic building blocks for their survival. All what they need is the very basic rights guaranteed by the UN Declaration of Human Rights of 1948, some 72 years ago. And it’s time for Israel to recognise and help establishing an independent Palestinian State.

Biden hiding under semi-Trumpism or any other US President, with a preset framework, will not be able to solve the long conflict between Palestine and Israel. A two-State solution is the most ideal way to end the hostilities between the two parties.