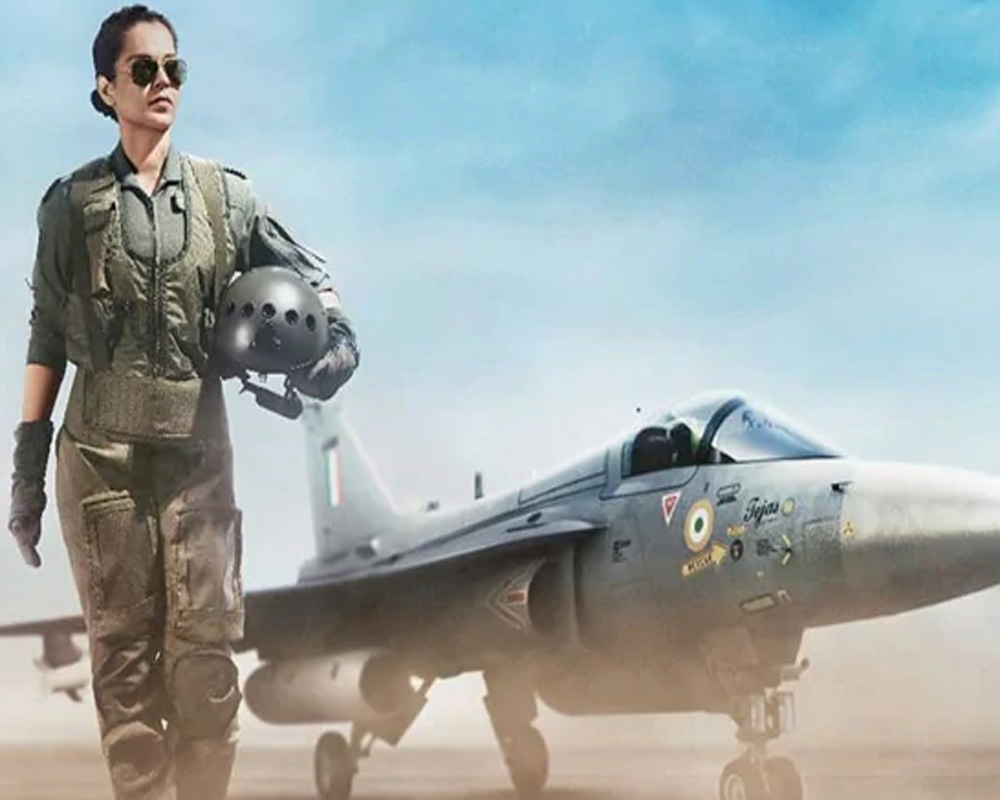 Actress Kangana Ranaut has started shooting for her upcoming film "Tejas" in Rajasthan. Kangana tweeted on-location photographs on Thursday where she is riding a helicopter.

"This morning off to work, thank you team #Tejas for saving the hassle of long drives, while I look at this terrain, I wonder Rajasthan got a raw deal in terms of nature and it's resources yet they emerged as the strongest, culturally n aesthetically richest and evolved people," the actress wrote.

In a separate tweet, Kangana opened up on her love for deserts.

"People ask me why do I love the desert so much, it's not the barrenness of emotionally cold and infertile soil it's not the brutality/harshness of the weather but what I love is the scarce life that refuses to settle for anything less than love and the desert can't resist," she wrote.

Kangana, who is a foodie, is also enjoying Rajasthani cuisine. On Wednesday evening, the actress tweeted a picture of the local cuisine and wrote: "Rajasthan is like a lover to me treats me like a Queen and eating Rajasthani meal is like a date. Bajra roti, desi ghee and Laal maas blending in my mouth is what I call making love."

The Delhi schedule of "Tejas" was wrapped up before the unit moved to Rajasthan. The film is directed by debutant Sarvesh Mewara.