Tikait justifies lynching of 2 men for ploughing vehicles into protesters

Tikait justifies lynching of 2 men for ploughing vehicles into protesters 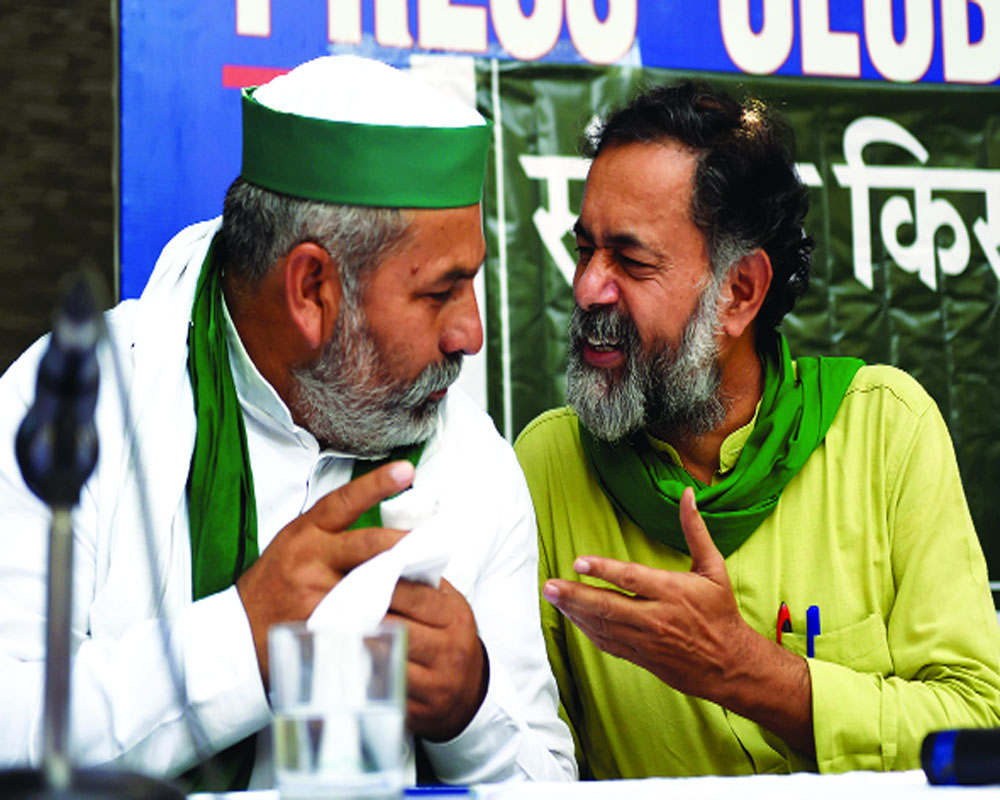 Bharatiya Kisan Union (BKU) spokesperson Rakesh Tikait on Saturday stoked a controversy by saying that the lynching of two BJP workers in Lakhimpur Kheri is a reaction to the action and he doesn’t consider those who were involved in the killings as culprits as they only reacted to SUV running over protesters.

“The killing of two BJP workers in Lakhimpur Kheri after a convoy of cars ran over four farmers is a reaction to an action. I do not consider those involved in the killings as guilty (of a crime). Hum galat nahi mante hain (would not call it wrong),” Tikait said on the sidelines of a press conference.

His shocking comment came at a time when the farmers’ unions are planning a series of protests against the Lakhimpur Kheri violence. Earlier, Tikait has emerged as a key figure in managing the aftermath of the Lakhimpur Kheri incident by not only facilitating the post-mortem of the deceased farmers but also coordinating with police officers to pacify the enraged farmers.

Tikait, who has a good rapport with many officials earlier posted in the West UP region, assured them that he believed that there should be peace in the region and no one should be allowed to take political advantage of the situation.

Earlier, Tikait speaking at the India Today conclave said that Prime Minister Narendra Modi should for once express grief in Parliament over the death of around 750 farmers during the months-long anti-farm law protests on Delhi’s borders. He slammed the BJP-led Centre over the minimum support price (MSP) issue, and alleged that the Government’s assurance that the system would continue is “only on paper” and the farmers want it in reality.