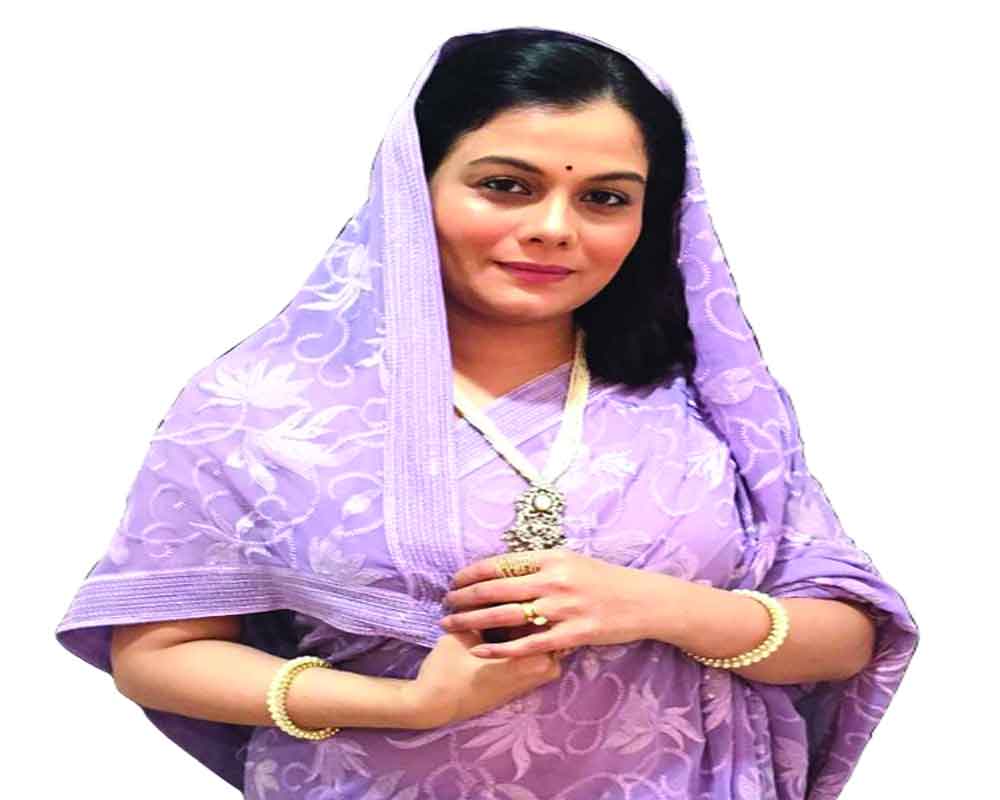 Geetanjali Tikekar, who plays Nalini Pratap Singh in SET’S Kyun Utthe Dil Chhor Aaye, tells MUSBA HASHMI how she got on board the project, how the character is the toughest one till date and that her conscious choices helped her not get stereotyped

What is your role about?

The post-partition era saw our country go through a drastic change. Families were displaced and were now refugees in their own country. For them to find their ground all over again and rebuild their lives was a challenge. Royal families too had a fair share of ordeals to deal with then. My character is set against these very challenges. Nalini Pratap Singh is the Queen of a province with a legacy she’s proud of and would go to any lengths to safeguard it. The only heartache in her life is her strained relationship with her only son and how his crazy shenanigans and bid to outwit her constantly keep her on her toes.

How did you come on board the project?

It’s sheer luck and faith of my producers in my potential that I got this show. The way Shashi ma’am narrated the character I knew I had to do it.  And I am. I feel Kyun Utthe Dil Chhod Aaye is an amazing and unique concept and this show is going to be a different experience for me. Other than that I wanted to be a part of the show which stands out from all the other shows I have done in past. I am overwhelmed to work with such a well-known production house and wonderful channel. This is a great opportunity for me. I am looking forward to a new journey of my life with the entire team.

What is the hardest part of playing Nalini Devi?

Playing Nalini Devi’s character though not easy is a very fulfilling experience as an actor. Who doesn’t wish to portray a larger than life character? It’s what every actor dreams of. It’s very different from not just all the characters that I played before but it’s different from all the other characters on television per se.

Is there a lesson that you learnt the hard way in the industry?

The hardest lesson that I learnt was that one must not get overly attached to one character because once the show ends, that void hurts.

Having played so many varied roles, which one was the toughest?

Every character is tough and challenging in the initial stages of a show. But once you completely embrace it and let it become your second skin, it’s like having parallel life altogether. For me, Nalini is still a challenge. And I’m working towards owning her completely. She just might be the toughest character I’ve ever played.

You have played both positive and negative characters. Which one do you prefer?

It’s not the shade of a character that matters. It’s the depth, the weightage, the screen space and above all the opportunity to perform that matters. I’ve played every shade, totally black, totally white and a bit of both, grey. Not to brag but my conscious choices in choosing a show have not stereotyped me as positive or negative.

Is there anything in the pipeline?

It’s a conscious effort to be a part of one show at a time. I don’t pursue anything else as it takes a toll on what’s on hand. And in these trying times, to be able to work in a safe and healthy environment, I feel blessed.