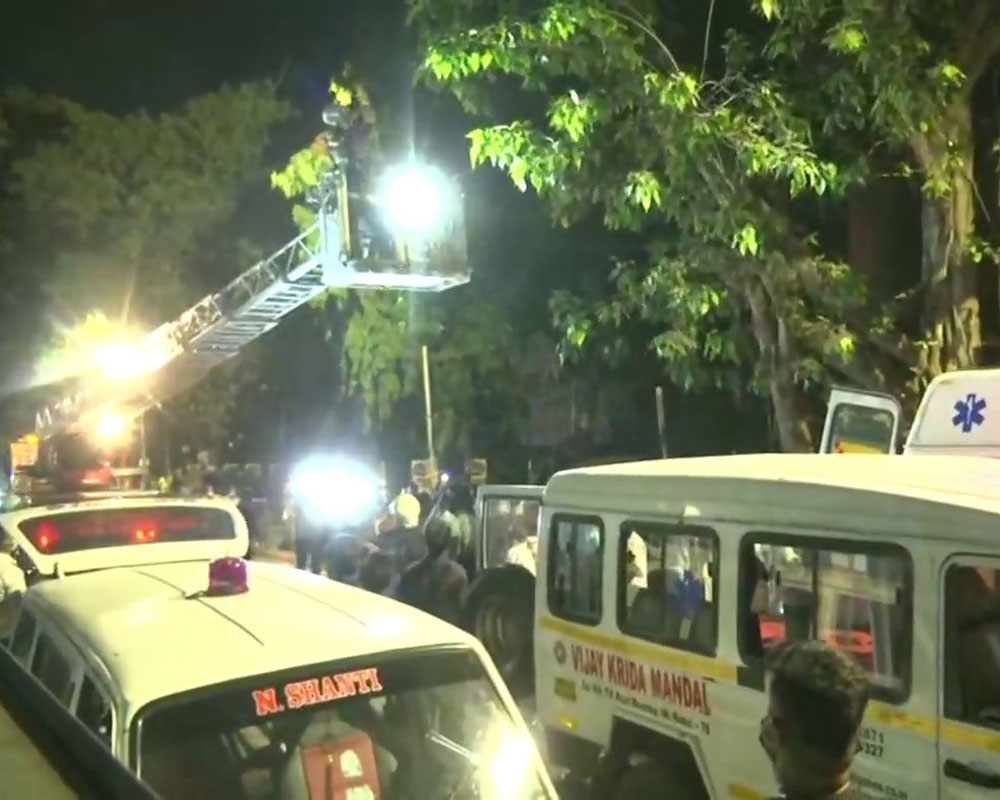 The death toll in the massive blaze, which ravaged the Dreams Mall in Mumbai's Bhandup area -- where a Covid centre, Sunrise Hospital is located -- shot up to 10 with 3 injured and another 60 patients rescued, early on Friday, officials said.

The 10 dead and three injured were all senior citizens undergoing Covid-19 treatment at the hospital, and efforts were on to trace some others feared missing.

According to the BMC Disaster Control, the fire was noticed around midnight on the first floor and it quickly spread to the two upper floors of the 3-storey mall, which houses the Covid-19 hospital on the top floor.

Mumbai Fire Brigade with 10 tenders and disaster teams rushed to combat the blaze and to rescue and transfer the Covid patients to other hospitals in the vicinity.

The dead victims have been identified as: Nisar Javedchand, 74, Govind Das, 80, Manjula Batharia, 65, Ambaji Patil 65 and his wife Sunanda Patil 58, Sudhir Lad, 66, and others have yet not been identified, said a BMC official.

Opposition Bharatiya Janata Party former MP Kirit Somaiya alleged that the Sunrise Hospital and Dreams Mall were constructed by scam-hit HDIL from the PMC Bank's monies and were allegedly given a conditional Occupation Certificate by the BMC.

Refuting the charges, the Operations Head of the Sunrise Hospital, Satyendra Tiwari said that the recently-started hospital had all the licences/permissions in place and the fire broke out in the mall below and not in the third floor hospital premises.

While the BMC has ordered a probe into the incident, CoP Nagrale warned that anybody found guilty in the incident would face stringent action.

Meanwhile, the rescued patients were shifted to the jumbo Covid field hospital in Mulund, Fortis Hospital and other hospitals in the vicinity.