Suvendu files nomination from Nandigram in high-stakes battle against Mamata

Suvendu files nomination from Nandigram in high-stakes battle against Mamata 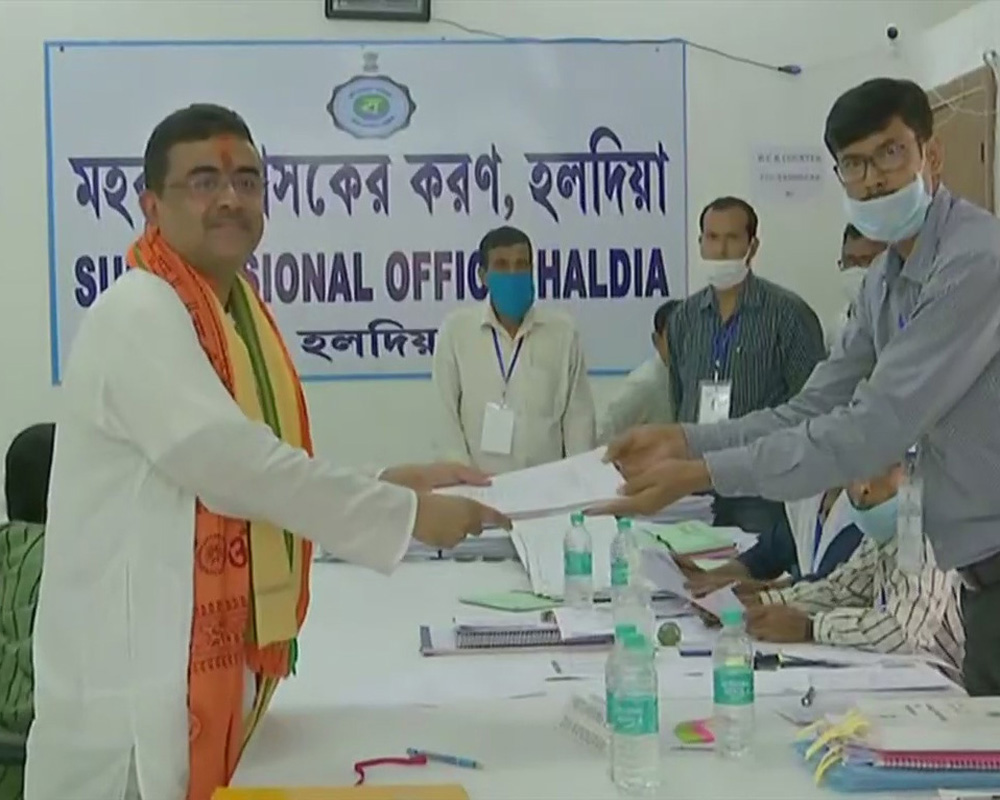 BJP leader Suvendu Adhikari Filed his nomination on Friday from the Nandigram seat where he will be fighting the upcoming assembly elections against Trinamool Congress chief Mamata Banerjee.

Adhikari filed his papers at the sub-divisional office in Haldia after leading a-km-long roadshow.

Adhikari, who switched over to the BJP in December, is up against the chief minister who decided to challenge him at his home ground.

Adhikari won the Nandigram seat as a TMC candidate in 2016 by bagging over 67 per cent of the votes, defeating his nearest rival of the CPI by a margin of 81,230 votes.

Banerjee had filed her nomination on Wednesday.