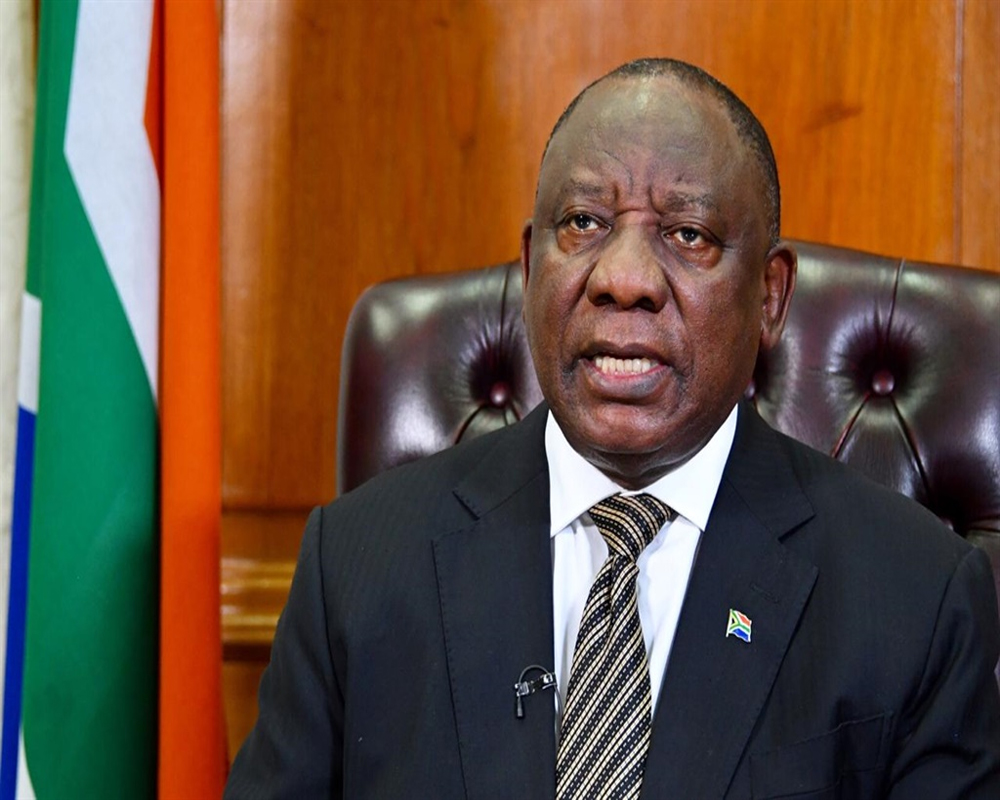 South Africa's fourth COVID-19 wave was anticipated and the emergence of the new Omicron variant was inevitable, President Cyril Ramaphosa has said, terming the surge in infections a matter of "great concern".

The president said the number of daily infections has increased five-fold in the past week, with nearly a quarter of all COVID-19 tests now returning positive. Two weeks ago, only two per cent of tests were positive.

“While the surge in infections is of great concern, we should remember that we anticipated it. Disease modellers in our country have told us that we would likely experience a fourth wave around this time and that it was almost inevitable that new variants of the virus would emerge,” Ramaphosa said in his weekly newsletter to the nation on Monday.

"As the country heads into a fourth wave of COVID-19 infections, we are experiencing a rate of infections that we have not seen since the pandemic started. The Omicron variant that was brought to global attention by South African scientists nearly two weeks ago appears to be dominating new infections in most provinces,” he said.

He said scientists in South Africa and around the world are still hard at work to answer critical questions about the new Omicron variant, such as its transmissibility, its progression, whether it causes more severe disease and how effective vaccines will be against it.

Ramaphosa urged the people to get vaccinated and take measures to ensure collective safety without waiting for stricter lockdown regulations.

“As we enter the fourth wave, and as the country gears up for the festive season, the urgent priority is for more people to get vaccinated. Scientific evidence shows that vaccination is the most effective means of preventing the spread of new infections, and that vaccines reduce severe illness, hospitalisation and death,” he said.

“As every day passes, and as infections rise, the reasons to get vaccinated become more compelling and the need becomes ever more urgent. Vaccines are safe, and like all other routine vaccinations we received as children and against diseases like measles, they offer the most potent form of protection available,” he said.

Ramaphosa said vaccination was also essential for the country's economic recovery, because as more people are vaccinated, more areas of economic activity would be opened up.

“We can do our work and socialise under less stringent restrictions, and our lives can return to some degree of normality. As individuals, we must carefully consider the implications of the risk to ourselves of being unvaccinated and the risk of spreading the infection to our children, parents, relatives, co-workers and those we do not even know,” Ramaphosa said.

South Africa is currently at the lowest Level One of its five-level lockdown strategy, but speculation is rife that this may be upped this week as infections soar exponentially.

Ramaphosa confirmed that a meeting of the National Coronavirus Command Council will be convened “soon” to review the state of the pandemic.

“This will enable us to take whatever further measures are needed to keep people safe and healthy,” he said.

Commiserating with people who have been left disappointed by the last-minute cancellation of major public events, Ramaphosa said evidence has shown that large public gatherings, especially those held indoors, carried the greatest risk of transmission.

“We should not wait for new regulations before we reduce the size of the gatherings, as research has shown this to be an effective means of reducing the spread of the virus,” the president said. Ramaphosa said hospitals have been preparing to admit more patients, even though the impact that the Omicron variant would have on this was not known yet.

“In the coming days and weeks, we will know more about the Omicron variant. At the same time, we are keeping a close eye on the rates of infection and hospitalisation,” he said.

On Monday evening, the National Institute of Communicable Diseases reported that there were 86,728 active COVID-19 cases across South Africa.