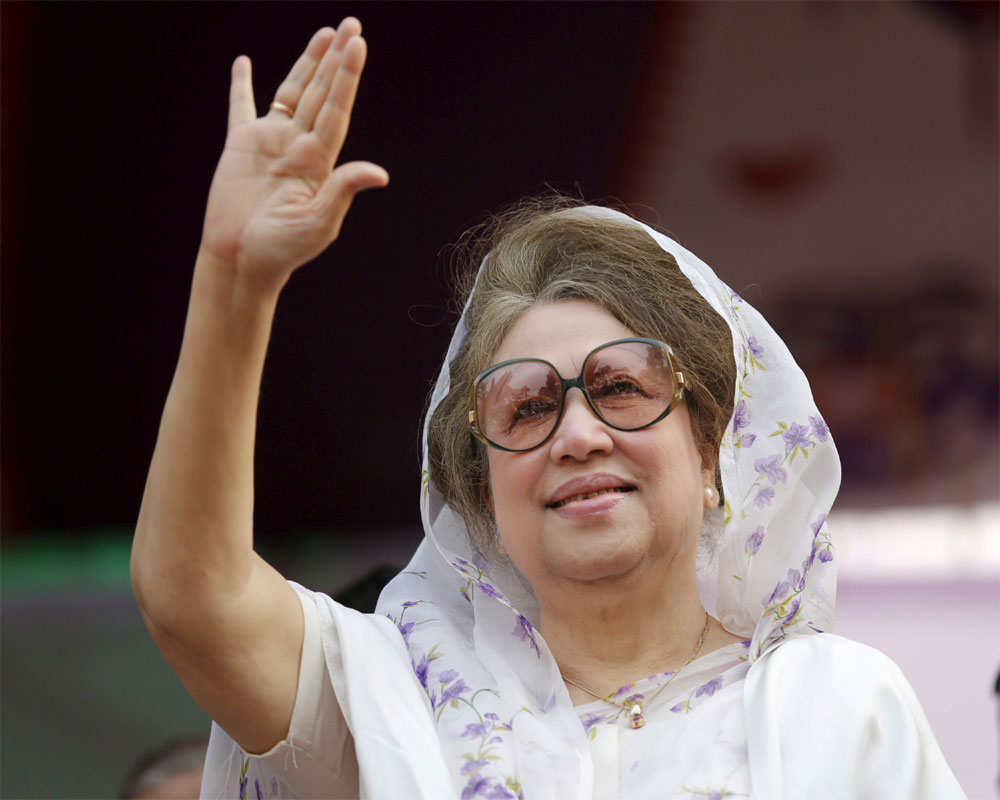 Former Bangladesh Prime Minister Khaleda Zia tested positive for COVID-19 on Sunday, a year after she was released from jail temporarily amidst the pandemic, according to media reports.

"It came back as positive today [Sunday], which has been updated on the database of the Directorate of Health Services,” he told Dhaka Tribune.

The newspaper reported that one of Zia's relatives, who had met her last week, had later tested positive for the coronavirus.

"That is why madam's [Zia] family took steps for her COVID-19 test, though she has no major symptoms," a source close to the family told the Dhaka Tribune.

Speaking to The Daily Star, Sayrul Kabir Khan, member of BNP press wing, said, "After talking to Khaleda Zia's physician Dr Mamun, I came to know that it was a regular health check-up. We have no information about the positive COVID-19 test report."

Zia has served thrice as the premier of Bangladesh since 1991. Her party suffered a miserable defeat in the 2018 elections bagging only six seats in the 300-seat parliament.

Her conviction on "moral turpitude" charges de-barred her from contesting the polls.

She was sent to jail by a local court on charges of embezzling foreign donations meant for an orphanage, named after her slain husband and president Ziaur Rehman, during her premiership between 2001 and 2006.

Rehman, a military ruler-turned-politician, was the founder of the BNP.

She was convicted in another corruption case later the same year, though her party claims both cases are politically motivated.

In March 2020, Zia was released from jail for six months on condition that she would stay at home, amid the coronavirus outbreak. Last month, the Bangladesh government extended the suspension of the sentence for a second time by six months.

The coronavirus has claimed 9,661 lives, along with 678,937 confirmed cases, in Bangladesh so far.