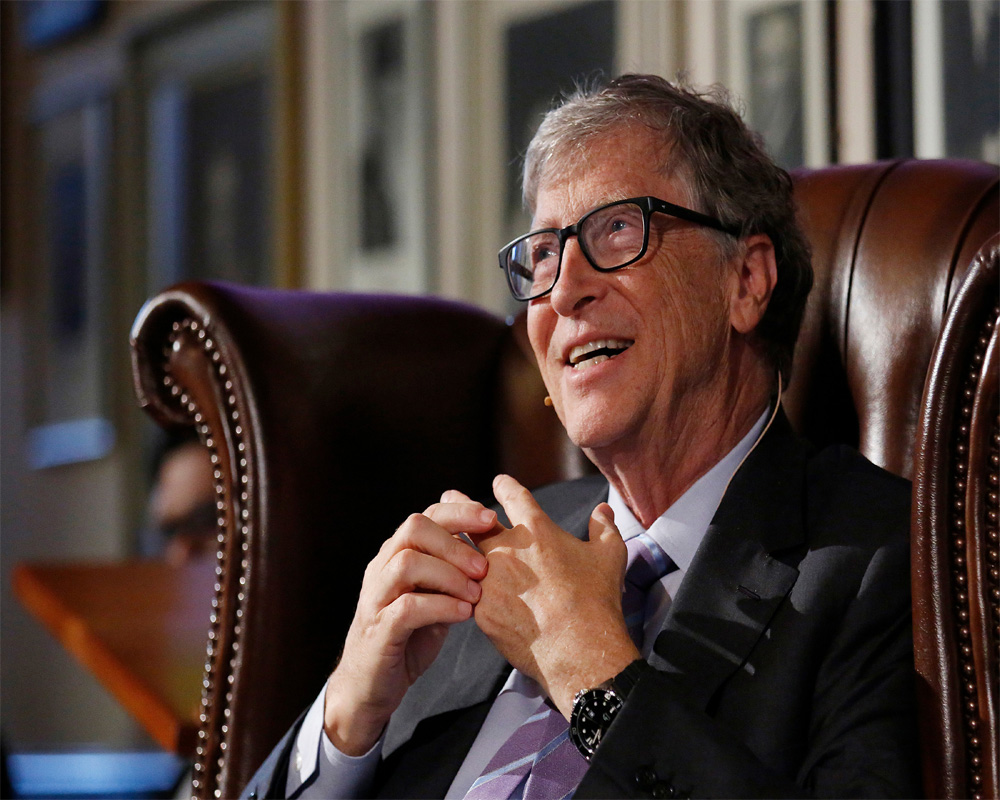 Climate change is too big a problem and it cannot be tackled without governments driving the mitigation efforts, Microsoft Co-founder and philanthropist Bill Gates said on Friday.

Taking part in a virtual session at the Jaipur Literature Festival, Gates urged people to use their political voice, their purchasing power with a conscience, and to push the companies they work for to do the same.

He explained that "in terms of future emissions and future suffering, India is paradigmatic. If we don't help them and get them involved, then this whole thing doesn't go well."

The session began with an introduction to Gates' mission to reduce greenhouse gas emissions from 51 million tons to zero by 2050, and about his book, "How to Avoid a Climate Disaster: The Solutions We Have And The Breakthroughs We Need".

Festival Producer, Sanjoy Roy, described the book as a practical guide "to avoid a climate catastrophe, with the help of experts in the field of physics, chemistry, biology, engineering, political science and finance."

The US return to the 2015 Paris Agreement became official last Friday.

Green groups had said that by reversing former President Donald Trump's decisions, the US has demonstrated the real leadership and action as demanded by the climate emergency and has shown the world the path it must take to heal the planet.

Applauding and encouraging the youth on their continued efforts, Gates said, "I think we can give the younger generation credit that in this political round, it (climate) was more discussed, by far, than at any time in our history."

When asked for advice as to how young people can help, he responded, "I am not an expert on advocacy. I have incredible admiration for people like Greta (Thunberg)… We need that attention to intensify and stay very, very high for all thirty years. You know different parties may be in power in different countries and yet, we can't have them checking out of this cause."

He admitted that, "it's really the aviation fuel, the steel and the cement industries that if you just take those three, you end up at almost 20 per cent of emissions. Those are the ones that still don't get enough focus."

More than once he cautioned that, "If your goal is zero you don't get to skip anything."

Highlighting the vital and urgent need for innovation in reduction of greenhouse gas emissions, he said, "It's very novel for the world to need innovation by a deadline...And yet, now by 2050, if we don't get to zero, the temperature rise will be so damaging that life will actually get worse for humans and most of the natural ecosystems. So, you have to think, how can you accelerate innovation?"

The Jaipur Literature Festival 2021 is taking place on an exclusive virtual platform till February 28.