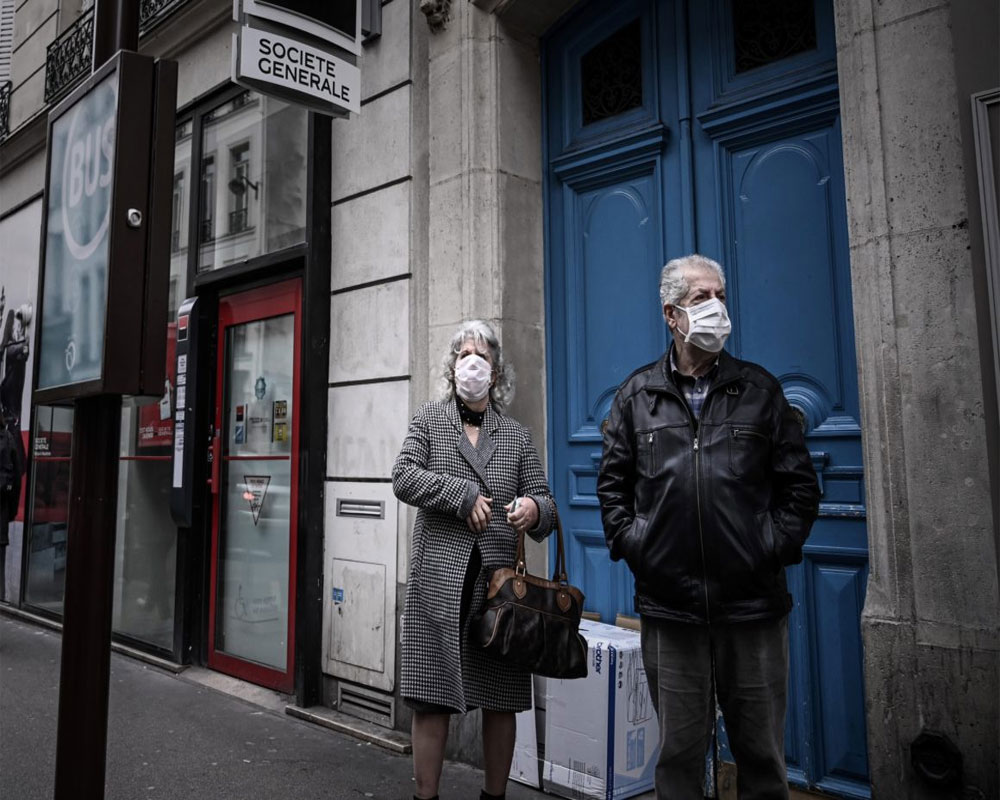 Russia reported another daily record of confirmed coronavirus cases Monday as a surge in infections has prompted the Kremlin to tell most people to stay away from work starting later this week.

The Russian government's coronavirus task force tallied 37,930 new confirmed cases in 24 hours, the highest number since the start of the pandemic. The task force also reported 1,069 more COVID-19 deaths in the same period, slightly fewer than a record of 1,075 reached over the weekend.

Russian President Vladimir Putin has ordered Russians not to go to work between Oct. 30 and Nov. 7, when the country will observe an extended holiday. In some of Russia's 85 regions where the situation is particularly grave, Putin said the nonworking period could begin earlier and be extended beyond Nov. 7.

During that time, most state organizations and private businesses, except for those operating key infrastructure and a few others, are to halt work.

Officials in Moscow plan to order the off-work period to start Thursday. Gyms, most entertainment venues and most stores are to be closed for 11 days along with kindergartens and schools. Restaurants and cafes will only be open for takeout or delivery orders during that period. Food stores and pharmacies can stay open.

Access to museums, theaters, concert halls and other venues will be limited to those holding digital codes on their smartphones to prove vaccination or past illness, a practice that will remain in place after Nov. 7.

Russian authorities hope the idle time will help limit the spread of the virus by keeping people out of offices and off public transportation, where mask mandates have been loosely enforced.

Overall, Russia has registered over 8.2 million confirmed virus cases and 231,669 deaths, by far the highest death toll in Europe and the fifth-highest in the world after the United States, Brazil, India and Mexico.

The government has blamed the latest spike in infections and deaths on low vaccination rates and lax public attitudes toward taking precautions. Only about 45 million Russians — roughly a third of the country's nearly 146 million people — are fully vaccinated.

Russia was the first country in the world to authorize a coronavirus vaccine, launching Sputnik V in August 2020, and has plentiful supplies. But uptake has been slow, blamed in part on conflicting signals from authorities.