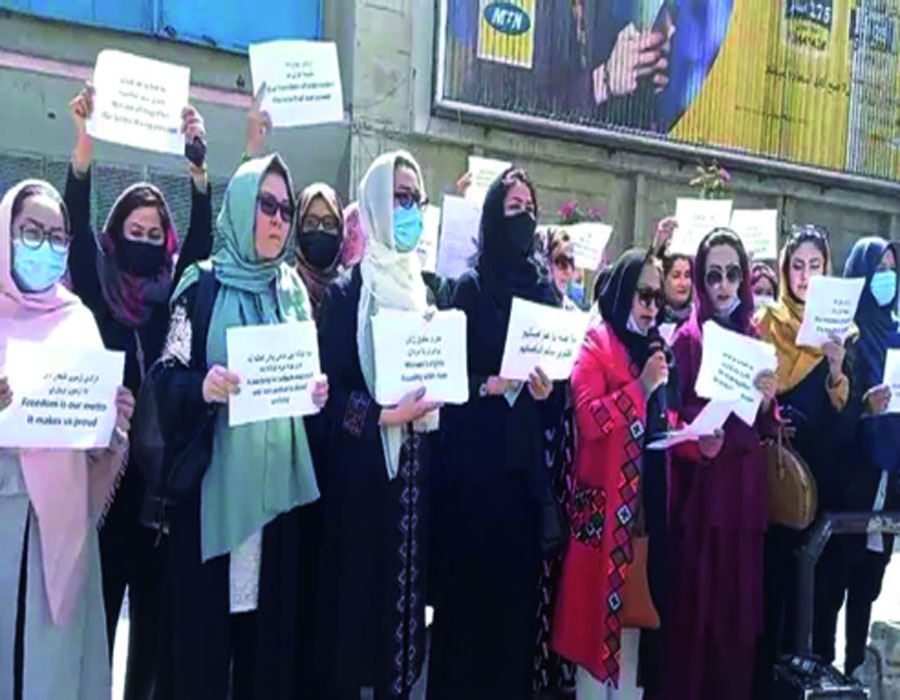 Two news items, published in newspapers on January 20, 2022, merit attention. The first by AFP, carried in the Delhi edition of a leading daily, is about Acting Afghan Prime Minister Mohammad Hassan Akhund’s appeal on January 19 to Muslim countries “to take the lead and recognise us officially”. He was speaking at a conference to address Afghanistan’s massive economic problems. The second, by PTI, featured in the Delhi edition of The Pioneer. It cited Chinese Foreign Ministry spokesman Xiao Lijian as saying at a media briefing on January 18 that he hoped that the Afghan side would respond further to the international community’s expectations that it would “establish an open and inclusive political architecture, adopt moderate and prudent domestic and foreign policies, firmly combat all sorts of terrorist forces” and be “on friendly terms with other countries, especially its neighbours and integrate into [the] international family at an early date”.

The statement, made following a mention of the Taliban seeking China’s help to get global diplomatic recognition, clearly indicated that the world did not think that they had established an “inclusive” Government or that their policies towards women would not be a repeat of the horribly repressive ones that marked their earlier stint in power from 1996 to 2001. And this, when they had promised that women would enjoy all the rights to education and work available under Sharia law.

In fact, the UN and its bodies have, on several occasions, asked the Taliban to implement their promises and made critical observations about their actions. Its secretary-general, Antonio Guterres, told reporters on October 7 last year, “I am particularly alarmed to see promises made to Afghan women and girls by the Taliban being broken.” He added, “I strongly appeal to the Taliban to keep their promises to women and girls and fulfil their obligations under international human rights and humanitarian law.” Speaking at the Human Rights Council, an inter-governmental body within the UN system responsible for promoting and safeguarding human rights, Michelle Bachelet, United Nations High Commissioner for Human Rights, said on September 13, 2021, “My office has received credible allegations of reprisal killings of a number of former ANSF (Afghan National Security Forces) personnel, and reports of officials, who worked for previous administrations, and their family members being arbitrarily detained.... In some cases, the officials were released and, in others, they were found dead.” Bachelet also highlighted “deeply troubling information” about Taliban raids on offices of some advocacy groups.

The UN bodies have acted. On September 17, the Security Council unanimously adopted a resolution asking the Taliban to establish an inclusive Government that has “the full, equal and meaningful participation of women” and upholds human rights. The Human Rights Council adopted a resolution on October 7 to have, from March 2022, a special rapporteur, supported by UN experts, on the ground to monitor the human rights situation in Afghanistan.

There are some indications that the Taliban are reacting. Abdul Baqi Haqqani, Minister for Higher Education, announced at a press conference in Kabul on January 12 that the Government would soon reopen public universities for male and female students. He also announced that these students would be segregated and cited Afghanistan’s economic crisis and the lack of separated classes for male and female students, as reasons for the delay.

Earlier, in a decree on December 3 in the name of the Acting PM, the Taliban had stated that a “woman is not a property, but a noble and free human being; no one can give her to anyone in exchange for peace...or to end animosity”. Both women and men, it had added, “should be equal” and that “no one can force women to marry by coercion or pressure”. The decree also enabled a widow to re-marry 17 weeks after her husband’s death — against the longstanding Afghan tribal custom of her marrying one of her husband’s brothers or relatives after his death. Further, the Taliban leadership has reportedly ordered Afghan courts to treat women fairly, especially in cases of widows seeking inheritance as next of kin. The announcement also cites the Taliban as saying they had asked their Ministers to spread awareness about women’s rights across the population.

Significantly, the first announcement does not mention the precise date when public universities will reopen. Nor does it mention women’s right to work. The third sura of the Koran (ayats 193 and 194) forbids the wasting of anyone’s — whether a man or woman’s — labour. The fourth sura (ayats 36 and 37) says, “To the men a share of what they have earned,/ and to the women a share of what they have earned…” (translation from The Koran Interpreted by Arthur J Arberry). The second announcement says nothing about women’s right to education and work, which are crucial issues with the international community. Also, the rights the decree announces regarding marriage have all been enshrined in Islamic jurisprudence since the time of Prophet Mohammad. Clearly, neither announcement means much and is unlikely to impress the international community sufficiently for the purse strings to be loosened generously or recognition to be forthcoming soon.