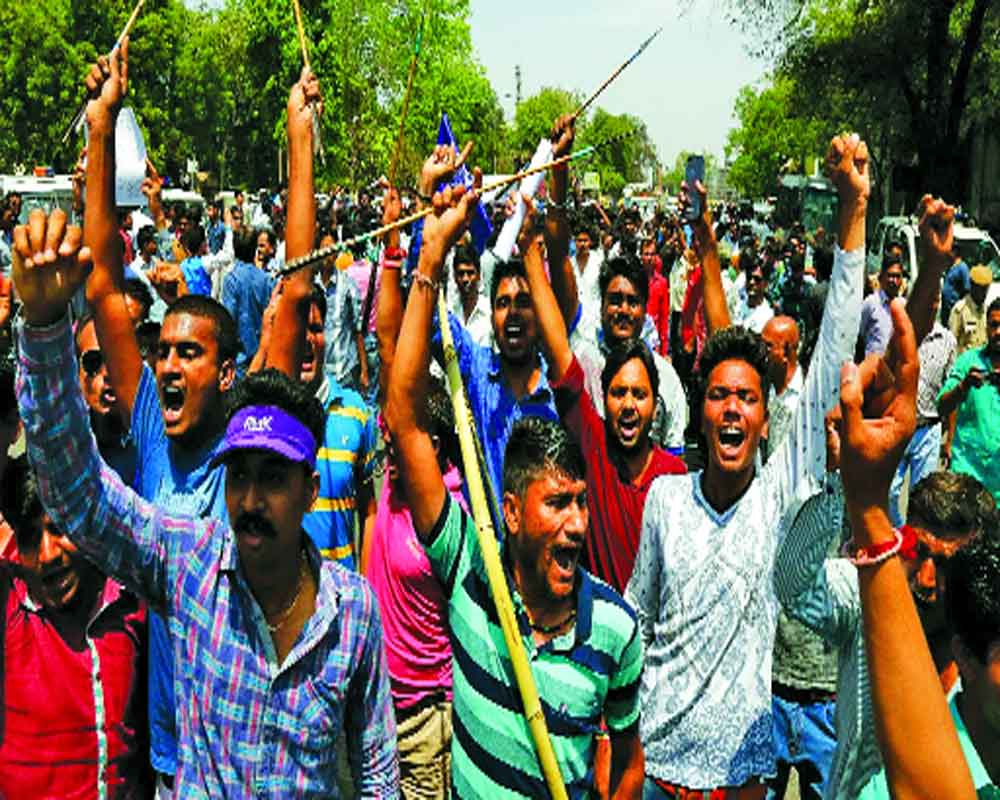 The fundamental right to equality stays on paper, for there exist several reasons for negation of the abiding dream of the Constitution

The idea of equality in India goes back to the days of the Vedic wisdom, which treated every individual as an embodiment of the divine spark. Equality as a spiritual and philosophical precept was founded on this theory of the divinity of humans. The Upanishads and the Dharmashastras insisted that every individual should be given an equal opportunity to pursue the Purusharthas (the four-fold legitimate goals of life) without any arbitrary interference from any external agency, including the state, in order to enable him or her to realise his or her full personality.

Perhaps the notion of legal equality can be traced back to the natural law doctrine of the Stoics, which, in the name of universal reason, postulates equality of individuals, races and nations. However, only on a spiritual and philosophical plane it may be said that all people are equal, but in the actual world of material and social life it may not appear to be so.

There may exist natural inequalities as well as artificially created social inequalities and economic disparities among people and groups of people in society. In such a society, to pursue the principle of formal or legal equality, which insists that all people are to be treated equally by law, would be only to perpetuate the existing inequalities, for the same law for the ox and the lion is oppression. Therefore, the concept of equality to be meaningful and intelligible should essentially be a dynamic and relative concept, capable of accommodating the necessary equalisation strategies as permissible means to remove the existing social and economic inequalities and to secure the goal of equality and social justice.

While we celebrate the Azadi ka Amrit Mahotsav, there still remains glaring inequalities in the society around us. The beloved dream of the makers of the Constitution is far from materialisation.

The adoption of our Constitution was also a declaration of a desire for a society where everyone would enjoy equal access to education, good health, freedom of speech and dissent, employment, and political participation.

Some people experience inequity from the beginning, because they are born blind, physically impaired, or mentally ill. We must be given exactly equal opportunity, intelligence, strength, health, and money if we were to be born equally.

Legality became a synonym for justice in the Athenian republic because it was derived from the Greek/Latin word aequalis, which meant the sameness of two objects in amount or value or as in the Islamic algebra, which is still in use today. It later came to be used interchangeably with the concept of liberty, which was first articulated by influential thinkers of the 18th and 19th centuries like John Locke, Thomas Hobbes, Friedrich Hegel, and later by Frenchmen like Montesquieu, Voltaire, and Jean-Jacques Rousseau, who are known for the statement “Man is born free”.

These concepts had a significant impact on our ancestors. It had a profound impact on the society, which was a colony of the British Empire. They battled against their oppressors after rising up in rebellion, won the war, and then went on to draft the clause that reads, “All men are created equal”.

People who have lived in abject poverty are given hope when we say that there will be equality. However, if this hope is not realised, there will be strife between the “haves and have nots” in society. Additionally, according to Karl Marx, this disturbs society and may therefore spark a revolt. This is the fundamental idea of the disharmonic society that India has accepted, which implicitly includes the idea of conflict.

The overarching principle of equality is established in Article 14, which calls for equality before the law or the equal protection of the laws and forbids unjustified discrimination against individuals. It is acknowledged as a fundamental right in the Indian Constitution. No discrimination should exist on any grounds. The phrase “equal protection of the law” is a good one. Simply put, it means that everyone in comparable situations should be accorded the same rights and obligations. In essence, it means that everyone should be treated equally.

Equals and unequals cannot coexist on an equal footing or get equal treatment. The concept of equality before law does not mean absolute equality among human beings which is not possible to achieve. It is a concept implying absence of any special privilege by reason of birth, creed or the like in favour of any individual, and also the equal subject of all individuals and classes to the ordinary law of the land. Equal protection of the laws does not postulate equal treatment of all persons without distinctions. What it postulates is the application of the same laws alike and without discrimination to all persons similarly situated. It denotes equality of treatment in equal circumstances.

The rule of law, in Dicey’s opinion, is equality before the law. It means that no one is above the law and that ordinary courts have jurisdiction over everyone, regardless of status or circumstance. All people with identical circumstances must be treated equally in terms of the rights granted and obligations imposed by the law. There shouldn’t be any distinction between one individual and another, and everyone should be subject to the same laws in the same circumstances. The rule is that similar things should be handled similarly rather than dissimilar things similarly.

The US Constitution’s 14th Amendment serves as the foundation for the concept of “equal protection of the law”. It stipulates that everyone in India should receive equal legal protection so they can exercise their legal rights without any exceptions or favouritism. This is a good idea since it suggests that the State has a responsibility to take steps to guarantee this right to all citizens. It makes the State responsible for taking all necessary actions to ensure that the promise of equal treatment of everyone is upheld. This rule states that like individuals should be treated similarly, yet it also states that unlike people shouldn’t be treated similarly.

It hardly needs any mention that any vibrant society would undoubtedly require that all humans are treated equal and with dignity and that all must be supported to the fullest possible development. Such a conviction would obviously warrant a wise affirmative action policy on the grounds of social justice and equity. Here, one needs to know that while access could be ensured in a variety of ways, it is the equality of opportunity which is much more important than anything else as it requires the support of whole range of antecedental variables commencing from curriculum to pedagogy, differential inputs, assessment, remediation, feedback, attitude, institutional care, etc.

(The author is a lawyer)