Indians making it big in Australia

Indians making it big in Australia 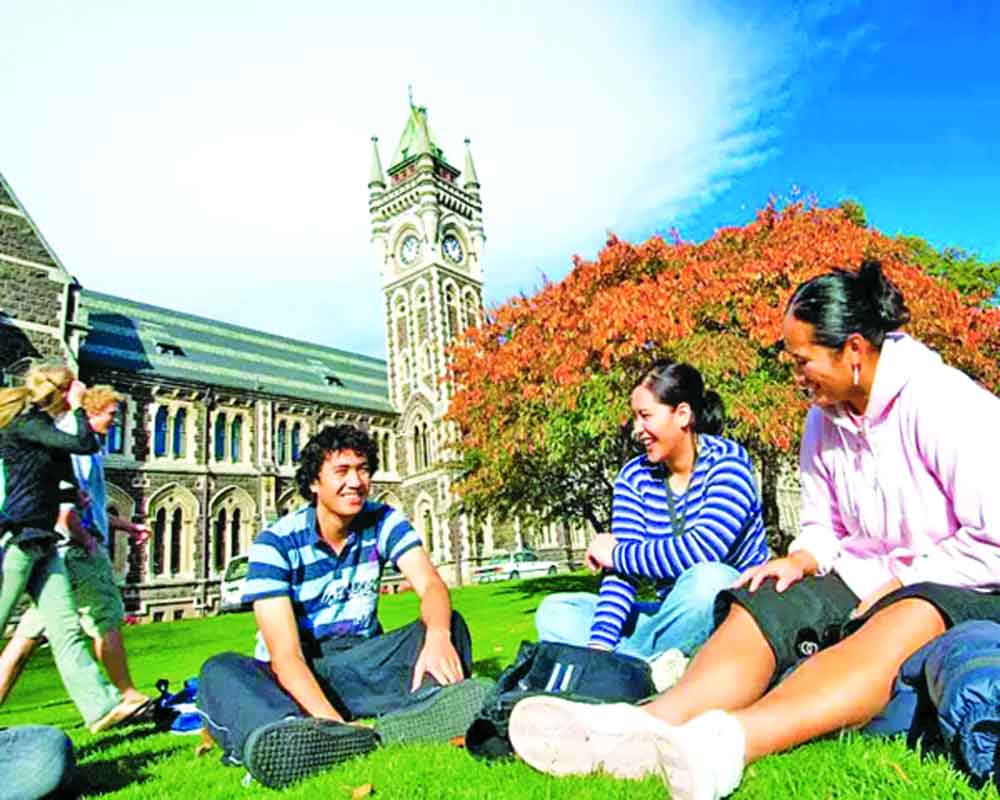 With its sheer determination and hard work, the Indian diaspora in Australia has carved a niche for itself in the Australian society

They drive cabs in the wee hours, man 7/11 franchises, and gather scattered trolleys at supermarkets, amongst a long list of arduous tasks. But they also teach at schools and universities, lead mega engineering projects, save lives at hospitals and treat the sick at medical centres, manage the information technology in big companies, showcase the best of the cuisines at Indian restaurants, and own micro, medium, and large businesses in Australia. Indian diaspora has entered into business, politics, the judiciary, government, civil society, academia, science, the performing arts, and sporting codes. According to the Australian Bureau of Statistics (ABS) 2021 census 783,958 persons declared their ancestry as Indian constituting 3.1% of the Australian population. They constitute the second largest taxpayers and easily outnumber their Australian counterparts in stadiums during the Border-Gavaskar series.

20 years ago, not many may have anticipated their meteoric rise and role in 'Advancing Australia Fair.' A data-rich report prepared by the Australian Department of Foreign Affairs and Trade entitled - "Australia's Indian Diaspora: A National Asset: Mapping the Community's Reach into the Australia-India Economic Relationship"- quite timely encapsulates the rise of the diaspora, especially when bilateral relations have hit a historic high.

Australia's rapidly transforming demography wherein one in four Australian has been born overseas, the Indian diaspora is now turning heads. Calling the diaspora 'aspirational', the report shows that a comparatively younger diaspora is vital for meeting Australia's skills shortage, technological development, and exports. Largely concentrated (70%) in the states of Victoria and New South Wales, the diaspora has moved interstate into Queensland, South Australia, and Western Australia. In any developing suburb, the Indian family is a common sight. The DFAT report indicates the cumulative effect of a generally highly educated youthful, linguistically diverse, and growing community, plugged into networks of innovation, and well represented in business, across services and science, technology, engineering, and mathematics (STEM) sectors with strong export potential. It is a key contributor to not only bilateral trade and investment but Australia's international competitiveness.

According to the 2021 Orbis database of company information collated by Bureau van Dijk, a Moody's Analytics Company - people of Indian heritage are employed in at least 996 Australian organizations of which an estimated 2,840 (13%) as directors and managers (12.5% women), constituting 3% of the Australian population. The report says that 964 of these 2,840 could potentially drive bilateral business and trade engagements in health, tourism, ICT, and resources, across companies with a gross $250 billion annual turnover.

Surprisingly, in the flagship sector of education, and in agribusiness their role remains below par. But that may change rapidly as international education and student migration drive bilateral relationships. Indians were the largest source of skilled migrants in 2019-20 and the second largest source of international students in 2019-20 Australia. The DFAT report estimates that the diaspora's role in senior academic positions roles at the lecturer level and above has increased from 1.75 per cent in 2016 to 1.92 per cent in 2020. Of the 721,000 Indians (2016 census) approximately 88% are of working age and 61% are in full-time and 27% in part-time employment making them the second highest tax-paying migrant community after the UK-born migrants, contributing over $12 billion to the Australian economy.

As of 2021, numbering over 780,000 Indian migrants have overtaken Chinese and New Zealand-born immigrants. Their numbers doubled during 1996-2006, quadrupled during 2006-2020, and were Australia's fastest growing large diaspora community in 2020. Australia's Department of Home Affairs has even established a Global Talent Officer for South Asia, eying India as a source of global talent.

A 2013 path-breaking research published in the Proceedings of the National Academy of Sciences of the United States of America entitled, "Genome-wide data substantiate Holocene gene flow from India to Australia" established that a substantial gene flow occurred between the Indian populations and Australia well before European contact, 4,230 years ago. The study links changes in tool technology, food processing, and the appearance of dingoes in the Australian archaeological record to migration from India.

In sum, over 4,000 years ago Indians made Australia their home and now they "toil with hearts and hands to make this Commonwealth of ours renowned of all the lands". As India rises as a Vishwa Guru, Indians assume their long-due place in Australian society.