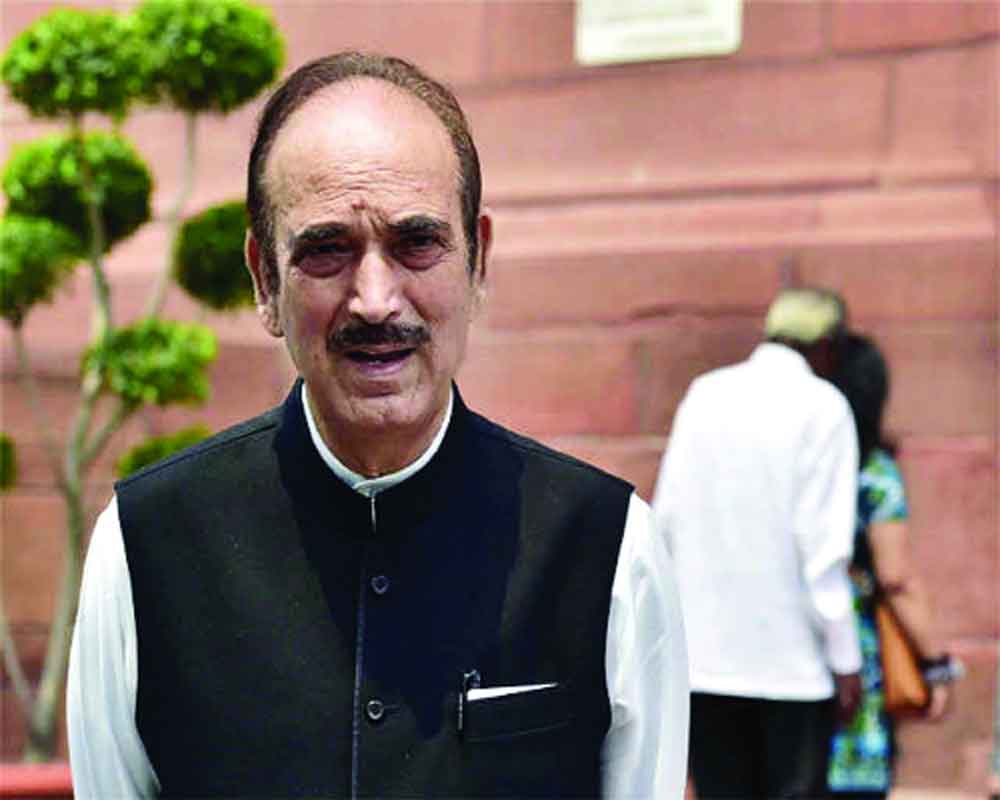 Rather than taking a jibe at Azad, the Congress will do well to get ready for Assembly polls

The announcement of the Padma Bhushan for senior Congress leader Ghulam Nabi Azad has set the cat among the pigeons in the ‘grand old party’. While several party members — especially those belonging to the so-called G23 — have congratulated him for being named for the prestigious award, there understandably is a section that is miffed with the Kashmiri leader for accepting the honour. The prominent Congress leaders from among the G23 who supported Azad include Kapil Sibal and Shashi Tharoor, with Sibal even calling it “ironic that the Congress doesn’t need his services when the nation recognises his contributions”, but the party’s chief whip in the Rajya Sabha Jairam Ramesh took a swipe at Azad, hinting that the latter should have refused to accept the honour. Even though the reasons for the upset section’s grouse are not being explained openly, it is being speculated that these leaders are not happy with Azad as he has accepted the award from the BJP-led Government. Now, to put matters in the right perspective, even though the honour may have been bestowed upon Azad during the BJP-led Government’s rule at the Centre, it can by no stretch of imagination be counted as coming from the Bharatiya Janata Party.

It has simply been announced by the Government of India, by the President who is the executive head of the sovereign Republic. However, the upset colleagues refuse to subscribe to this view and, in this context, are even citing the “example set by” former West Bengal Chief Minister and CPM leader Buddhadeb Bhattacharjee, who has since refused to accept the award. Now Bhattacharjee’s reasons and circumstances could be totally different from Azad’s who has been for a long time now sidelined within the party and practically forced into oblivion. Had the Congress been treating him fairly, even of late, there was a possibility that the Kashmiri leader might have considered the wishes of the party old guard and high command. But now that he has been left to his own devices, there is no justification in trying to vilify him, especially for something which isn’t even his own doing. It’s time that the Congress, which is already in a visible state of decline across the country, had a relook at its priorities and kept its focus on Assembly election in the five States that are going to polls within days from now.