Sri Aurobindo could have stopped Partition

Sri Aurobindo could have stopped Partition 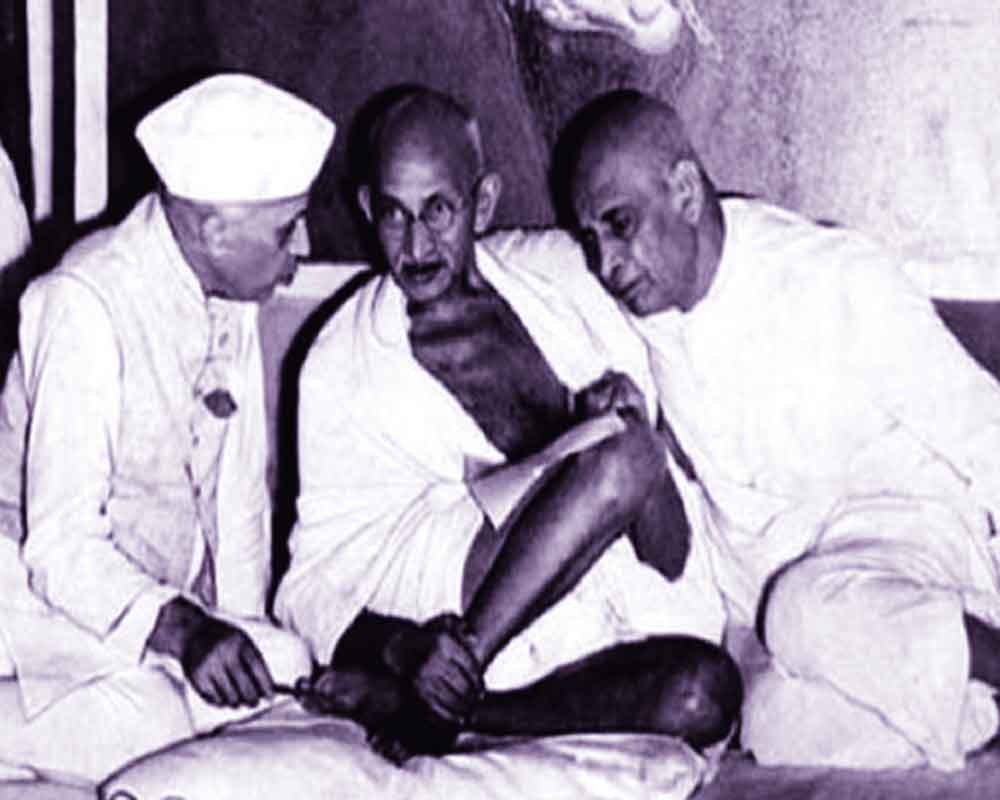 Sri Aurobindo, who was from Pondicherry, was confident that India would definitely be united, and would include Afghanistan, Myanmar and Ceylon

The Second World War was in full swing in 1941-42. Hitler was marching unopposed in Western Europe; Britain was being bombed continuously. Britain sent the Cripps Mission to India to negotiate a compromise with Indian leaders and ask for their cooperation in the war.

Sri Aurobindo from Pondicherry advised all support to the allies and recommended negotiating with the Cripps Mission. But Gandhiji, Nehru, Patel, and Azad rejected the Cripps mission offer; Rajgopalachari’s support was ignored. Gandhiji’s decisions those days were often unilateral; he was brutal to Subhas who found his way bravely to Europe and Japan and whose death is still a mystery.

Cripps, who had a soft corner for India, also had a good relationship with Nehru during his early days. Cripps had developed a liking for Sudhir Bose, a young man who was also Gandhiji’s favourite, and told him in confidence that Congress president Maulana Azad had made up his mind in favour of the partition of India and had given a letter confidentially to that effect. Gandhi was disturbed upon hearing this, and asked Sudhir to bring the letter and assure Cripps that he would not use that letter to create an embarrassing situation for him.

The atmosphere of pre-Independence India was very tense. Azad denied his position on partition outright, while Nehru was angry about Sudhir’s meeting with Cripps. Gandhi and Patel didn’t have the same opinion on Azad.

Unfortunately, Gandhiji was often single-minded in his decisions. Let’s consider an instance of Swami Ashokanand (1893-1969), a brilliant student who had a gold medal in English Literature while at City College. He joined the Ramakrishna Mission in 1920 and was initiated into Sanyasa by the then president Swami Sivanand. He served as editor of Prabuddha Bharat (an English monthly journal of Ramakrishna mission started by Swami Vivekanand in 1896 published continuously for more than 125 years). Swami Ashokananda was its editor from 1926 to December 1930, a time where he had lengthy correspondence with Gandhiji on non-violence and industrialisation.

Shankari Prasad Basu, a great Bengali intellectual who had written about 2,000 pages on India of the days of Swami Vivekanand, says, “Going through all the articles of Ashokanand and replies of Gandhiji we have to admit that Gandhiji's replies were no comparison to Ashokanand’s sturdy and comprehensive intellect.”

It was during this period that the question of Bengal partition arose. Sri Aurobindo, an important member of the Indian National Congress, led the revolution against the partition of Bengal. Before we understand Sri Aurobindo’s politics, let’s look at his history.

He was born on August 15, 1872. Later, India became free on Sri Aurobindo's birthday in 1947. At the age of five in 1877, he was admitted at Loretto Convent School in Darjeeling, where he moved mainly with British children and learned to speak English as a matter of course. His father left him in England for studies.

For fourteen years between 1879 and 1893, he stayed in England. He lived with his father’s friend, Rev William Brewett at Manchester from where he learned Latin, French, history, geography, and mathematics. After five years in Manchester, Sri Aurobindo moved to St. Paul’s School in London and remained there for another six years. He secured the Butterworth prize for literature and the Bedford Prize for History.

He left for Cambridge after securing a scholarship that would ease financial burden on his family. There he acquired his degree of proficiency in English, German, Italian, and Spanish. While in England, he got a job with the Maharaja of Baroda and left for India early February. He joined Baroda College first as a lecturer of French and later as Professor of English and Vice-Principal. India was already in the throes of a revolution, at this point. Sri Aurobindo had resigned from his post as a lecturer and was a part of the Indian National Congress.

Sri Aurobindo started organising revolutionaries to oppose Lord Curzon’s plan to bifurcate Bengal. These activities landed him in trouble with the British authorities, and he was soon arrested for his suspected involvement in the Alipore Bomb Case.

The weekend passed in the lock-up. There was no bath till the fourth day at 11.30 a.m. He was still wearing the same clothes for four days in which he had come from home.

From time to time the police would make the prisoners line up in a long row, mixing up with those accused of theft, murder, and other charges along with political prisoners.

Sri Aurobindo would walk reciting the ageless, powerful mantras of the Upanishads and walk for a long time.

He has been quoted as saying, “I tried to realise the basic truths of God in every form, in the trees, bushes, walls, men, animals, birds, metals in the earth with the recitation of the mantra Sarvam Khalvidam Brahma. The prison ceased to appear like a prison. The white wall, the green leafed tree shining in sunlight, looked vibrating with a universal consciousness. It seemed as if God himself was standing under the tree playing his flute delightfully. Sri Aurobindo was arrested on May 1, 1908, and was released on May 6, 1909.

He inspired his 27 year old disciple, whom he named Navjat, to start a journal to highlight India’s culture. The journal was named Mother India in 1949. Sri Aurobindo approved the ideas and Aurobindo called it “my paper.” He was confident that India would definitely be united, and would include Afghanistan, Myanmar, and Ceylon. He had a dream of a united India--an India that is partitioned will not be free from communalism or civil strife. These ideas went as far as Swami Vivekananda. Will these ideas come true?

Gandhiji’s Congress, while refusing Cripps' proposal, ignored Sri Aurobindo’s advice. They were all aware of the sublime state of Sri Aurobindo’s mind. Had he not been ignored, India possibly would not have been divided.

(The author is a Founder of the LNJ Bhilwara Group and author. The views expressed are personal.)