Sunak must deliver to remain saddled

Sunak must deliver to remain saddled 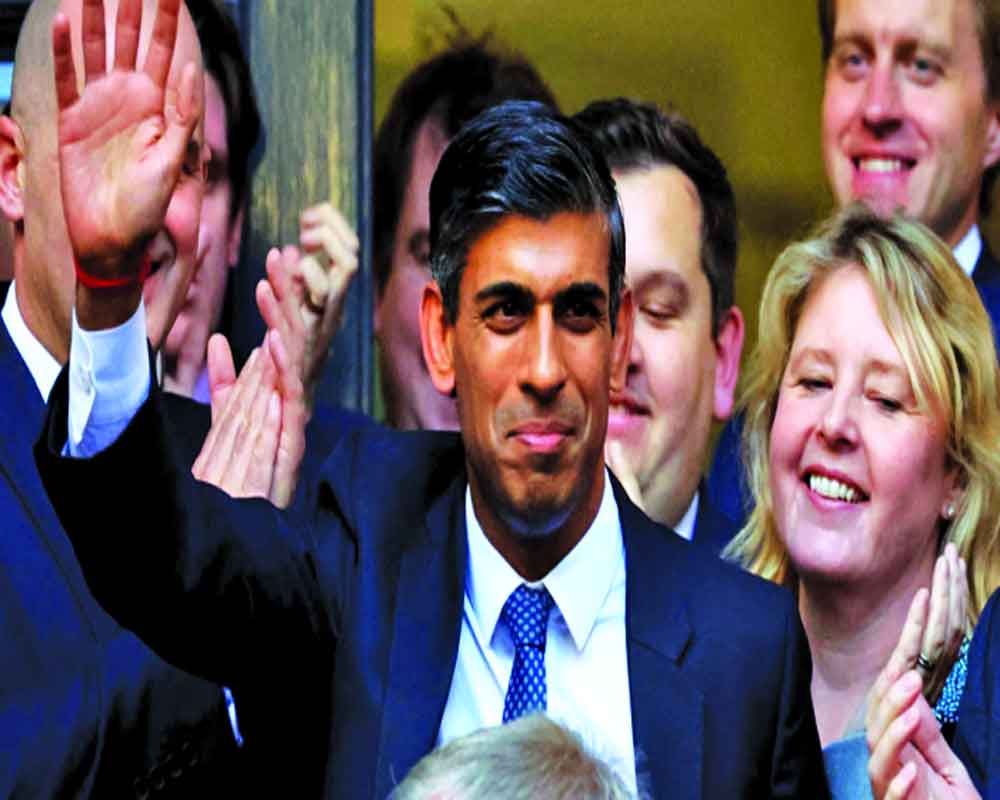 Rishi Sunak has a daunting task at hand to bail out the UK's failing economy, it is difficult but not impossible to put it back on track

Rishi Sunak, as Prime Minister of Great Britain, is a child of desperation; he is not the choice of all British people. Most leaders in his shoes would instinctively prioritize protecting what his predecessor Boris Johnson described as "the best job in the world". This is a mistake young Rishi should not make. More so, because he has been selected, not elected, to deal with Britain's greatest crises after World War II. Moreover, Sunak is brown, young as well as relatively inexperienced; only seven years have passed since his first election as an MP and his selection as PM. He is a Hindu and not a Christian, or a Muslim.

Incidentally, Rishi Sunak is not the youngest Prime Minister in British history. William Pitt the younger in the 18th century was only 24 years old when he was elected to the top job. He brought prosperity to Britain as never before and ruled continuously for 22 years. He died, as it were, on his chair at the age of 46. Uncannily, Pitt had planned to generate such a budget after budget that before the end of his rule, the treasury would be so rich that thereafter, the country could live off the interest earnings so that the people would have to pay no tax. Unfortunately for him and his people; Napoleon Bonaparte, in his expansionist urge to be the master of all of Europe, had declared war and Pitt had to finance it.

Prime Minister Rishi Sunak might find this interesting. Under all these circumstances, he has few alternatives other than finding a magical or miraculous formula to prevent Britain from falling into a financial ditch. However risky the formula, he would have to carry the risk. He happens to have told the Conservative Members of Parliament that they have no other choice but "unite or die". We now ought to tell him that he must "succeed or perish" in public life.

First things first, as an answer to the inflation, in the UK's small but reliable food chains to a small section in every store, the five most basic items of food at fixed reasonable prices ought to be available upon display of identification. If any extra expenditure is to be incurred, the government must step in to pay. Such a measure would ensure that no citizen, however poor, would have to go to bed hungry. No inflationary spiral would then claim lives. A full belly would avert the onslaught of inflation on the populace.

As the first step to obtaining the finances needed, a 10 per cent cut on all heads of expenditure would save approximately £100 billion. This would enable immediate action without the fear of going wrong either politically or economically. Apart from dealing with a weak national economy, the next threat would emerge from a global recession and falling exports. Another £100 billion cut must be aimed at. To locate the heads under which this saving can be made, some time to study, think, and debate with experts and colleagues would be required. For this, the government must take an entire month of consideration so that there are no blunders of haste.

Thereafter, attention can be devoted to bilateral trade agreements. To start with, an Indo-UK accord would be desirable. The economies of the two countries are comparable in size; plus, the officials and businesspersons of the two countries should be familiar with each other's ways of working. Also, India's armed forces and their culture were shaped under British direction.

For example, we are familiar with the Rolls Royce automobile and engine, and the post-War British combat aircraft, which were the initial mainstay of our air force. We cannot forget that we purchased INS Vikrant, our first aircraft carrier, from the Royal Navy. There would be a long list of things we can buy from and export to the UK, from computer chips and spare parts for industrial machinery. On the other hand, modern Britain was built on innumerable exports from India. Many other countries would trade with Britain, especially if the British prices were more reasonable to compete in the global market.

Knowing the British character, the Conservative Party would most likely remain united so long as Rishi Sunak appears to be delivered efficiently. The better Sunak performs, the more the opposition Labour Party is likely to get impatient. In any case, this particular opposition party carries the image of being pro-Pakistan. It should also be realized that in the event of failure, Britain's only refuge would be to merge with the USA; say, as four states, England, Scotland, Wales, and North Ireland. These four states should be rewarded with eight Senate seats. If Hawai in the Pacific Ocean can be a part of the USA, why cannot there be states of that country in the Atlantic Ocean? After all, Britain after the Second World War has been entirely in the American camp in its foreign policy.

An Oxford veteran, traveling in 1950, in connection with the automobile industry, was so cut up by the loss of the brightest jewel in the crown that, vented his disappointment. "My country will now head towards either sinking in the ocean or merging with America".