UP polls: Intra-BJP Politicking to Watch For

UP polls: Intra-BJP Politicking to Watch For 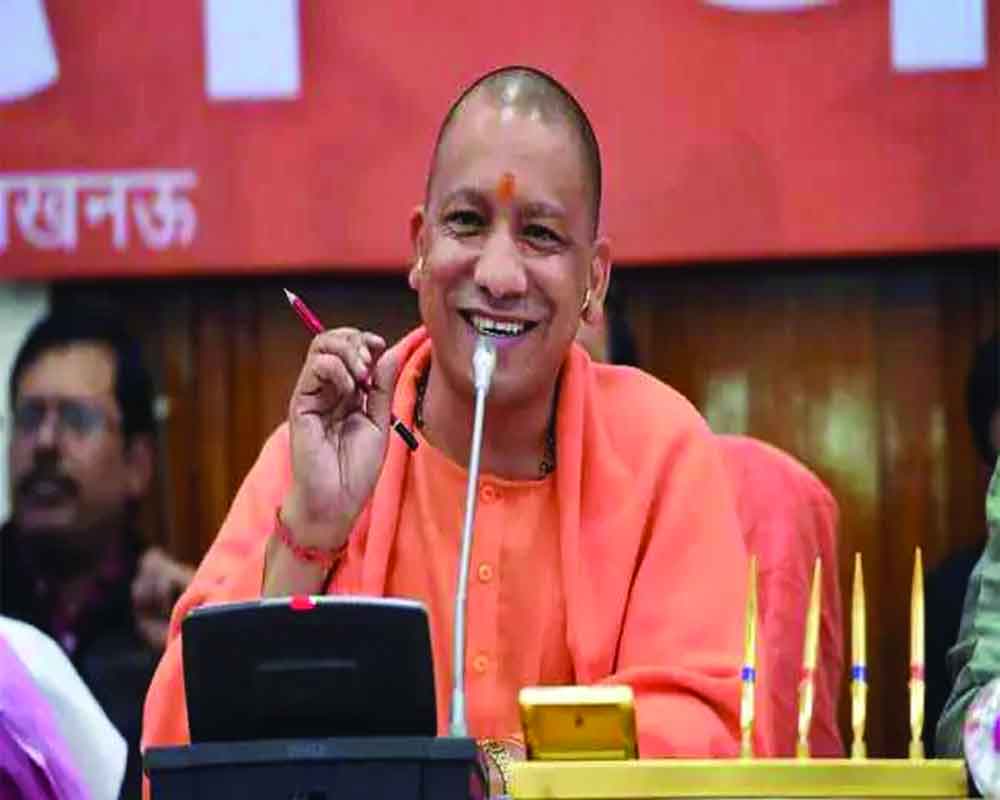 Not with standing the assumption that victory in UP assembly polls is going to be A cakewalk for BJP and Yogi Adityanath, politicking at several levels may play a more complicated role than expected. Prospects of Congress returning to power are remote. Chances of other rival parties performing better in 2022 than they did in 2017 elections cannot be ruled out. A bigger damage may be caused by the future aims of Yogi. Yes, the 49-year politician is not likely to be satisfied with being just UP chief minister for too long. Prior to taking charge of UP, he was elected member of Lok Sabha for five consecutive terms from Gorakhpur. At 26, he was the youngest member of 12th Lok Sabha. He apparently had eyes set on the national stage from the day he joined politics. Besides, attempts made to enhance his political base cannot be ignored. These include his campaigning in assembly elections of other states, including Gujarat, Himachal Pradesh, Karnataka, Kerala Tamil Nadu, Tripura and West Bengal. He was even labelled as party’s “star-campaigner”. Of course, there is a difference in his being considered a “favoured” politician by some but not by all within BJP. The same may be said about the appeal of his right-winged religious card within UP and other parts of India.  Yogi is not as close to Prime Minister Narendra Modi as Amit Shah is assumed to be. Shah is not at all keen on such factor disturbing his ties with Modi. They have shared a good political understanding from their common home state, Gujarat. Besides, he has also been an active campaigner during several states’ assembly polls. Prior to taking charge as Union Home Minister, Shah served as BJP president from 2014 - 19. From 2014, he has been chairperson of National Democratic Alliance.  Shah’s quick rise on national front within less a decade places him ahead of Yogi in a possible race for prime ministerial berth. Yogi can claim credit for being a parliamentarian for around twice the time than Shah. Yogi may not have been appointed as UP chief minister in 2017 if Modi was not heading the national government. BJP’s return in power in 2017 in UP after around 15 years rested primarily on Modi’s political cards and weak strategies of BJP’s rival parties. Though BJP won 312 seats, it secured only 39.67 per cent votes. Its key rivals SP and BSP won 47 and 19 seats, respectively. While 21.82 per cent votes favoured SP, BSP got 22.23 per cent. In a number of seats, votes polled by BSP and SP exceeded votes BJP secured by over 20,000. This reality apparently prompted SP and BSP to align for the 2019 parliamentary elections.

While BJP retained its lead in 2019 and won 62 seats, nine less than it had secured in 2014, BSP won 10 seats, SPfive and Congress just one. BJP’s performance in the coming polls cannot be de-linked from strategies exercised by its rivals. Covid-panic and economic grievances have pushed Yogi’s religiousshows to the background in general.  What is to be watched for is possible intra-party politicking within BJP which may create political problems for Yogi in UP and hamper his future plans. Resignation of UP Minister Swami Prasad Maurya from BJP to join SP is perhaps just a warning signal Yogi. It certainly provides ample reason for some party members to question his credentials and perhaps even provoke a few anti-Yogi sentiments. Irrespective of strategies exercised by rival parties, the political storm within the BJP camp is likely to be quite the testing ground for Yogi in UPpolls.