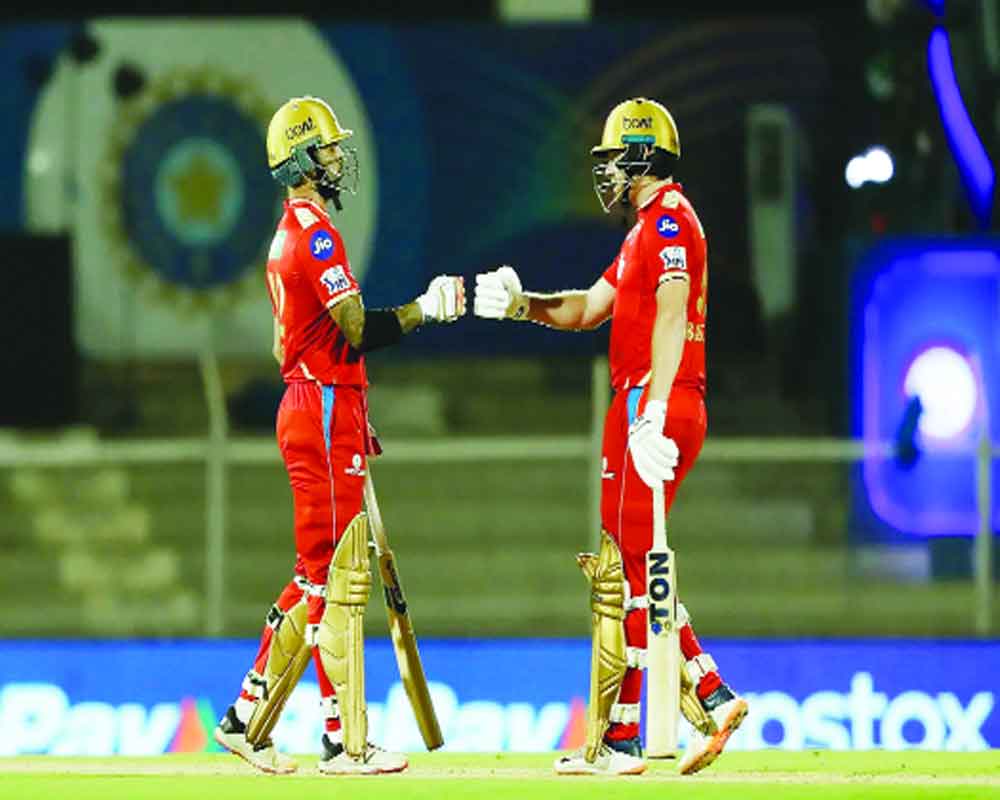 Punjab Kings buried Royal Challengers Bangalore under a deluge of runs as they kept their play-off hopes alive with 54-run victory, riding on superb half-centuries from Jonny Bairstow and Liam Livingstone in an IPL match here on Friday.

While Punjab remain in the mix with 12 points from as many games, the margin of victory considerably improved their net run-rate to +0.210 and RCB despite having 14 points from 13 games are at a -0.323.

RCB will have to win their final game and move to 16 points but also now need to have some rub of the green with a few favourable results going their way.

It was another day and another failure for Virat Kohli (20), who got a faint under-edge tickle on his gloves before it hit his thigh pad and bobbed up to short fine leg off a Kagiso Rabada (4-0-21-3) delivery.

Rabada was literally unplayable on the day as he worked good pace and hit the ideal fuller length for better part of his spell.

Rishi Dhawan (4-0-36-2), perhaps the weakest link in Punjab attack, then made up for his lack of pace by hitting immaculate length as Faf du Plessis edged one to Jitesh Sharma behind stumps and Mahipal Lomror's rasping pull shot was taken by Shikhar Dhawan.

Rajat Patidar (26) and Glenn Maxwell (35) did add 64 runs but they were never in the game with both departing in quick succession.

And when Dinesh Karthik (11) was snuffed out by the brilliant Arshdeep Singh (4-0-27-1) with a wide yorker and a catch by short third-man on the circle, RCB fizzled out in a jiffy.

While Bairstow laid the foundation with a 29-ball-66, Livingstone was equally good in his 42-ball-70 as the RCB bowlers had a day which they would like to forget in a hurry.

Bairstow, who was rusty during the earlier phase of the tournament, was back in his element with as many as seven sixes and four boundaries during a knock where he literally went hell for leather.

Such was his dominance that by the time six overs of Powerplay ended, Bairstow had hit seven towering sixes and Shikhar Dhawan (21 off 15 balls) rubbed salt to the wound with another one which made it eight in all.

Punjab Kings, which had set the template of blazing Powerplay starts, got 83 in six overs with Glenn Maxwell (1/17 in 2 overs), Josh Hazlewood (0/64 in 4 overs) and Mohammed Siraj (0/36 in 2 overs) being treated with utter disdain.