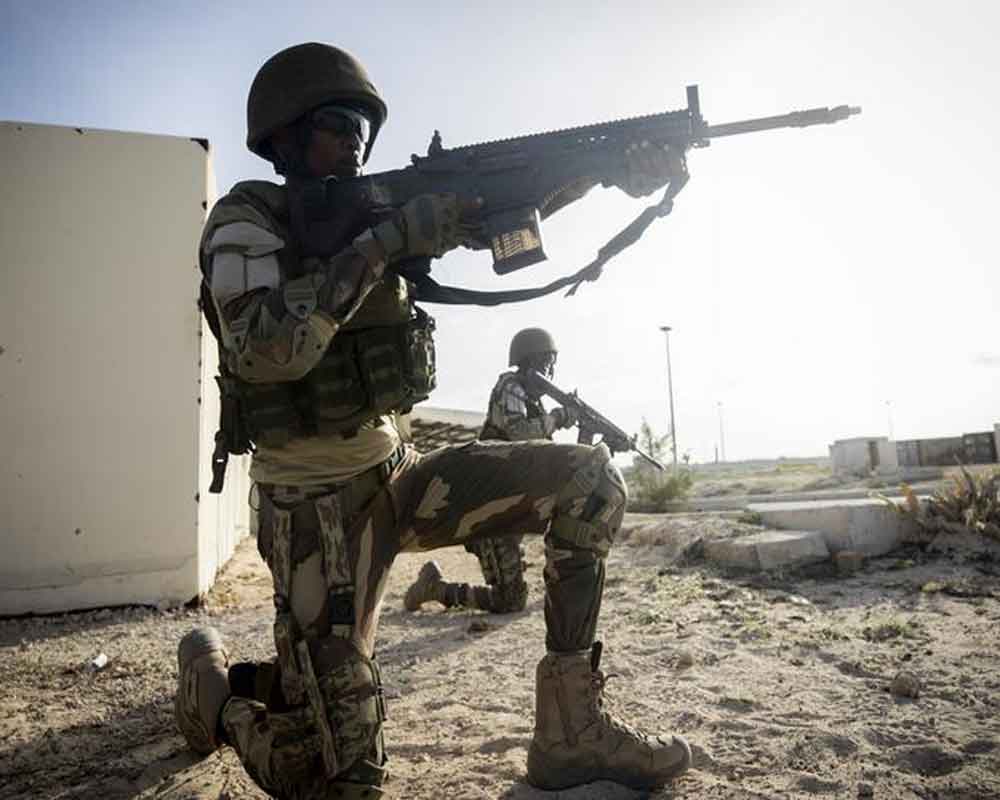 Officials and witnesses say at least 12 people are dead after two explosions by extremist fighters targeted local government headquarters in the capital of Somalia's Hiran region, which has been the centre of a recent mobilisation against the rebels.

The Somalia-based extremist group al-Shabab claimed responsibility for the attack in Beledweyne, about 300 kilometres (186 miles) north of Somalia's capital, Mogadishu.

The Hiran governor, Ali Jayte Osman, who survived the attack, told The Associated Press by phone that the health minister of Hirshabelle state and the deputy governor of Hiran in charge of finance were among those killed in Monday's attack.

“The first explosion occurred at the entrance gate, and after a few minutes a big truck rushed toward the headquarters building and exploded, killing many civilians who came to the office to receive services,” the governor said. “This attack was carried out by cowards, but their brutal acts will never distract from the public uprising against them."

He said the attack badly damaged the administration's headquarters.

Witness Elmi Hassan told the AP by phone that a truck laden with explosive materials rammed the government headquarters around 10:00 am.

“I have seen with my own eyes several bodies that were discovered from the wreckage of the attack, human flesh scattered on the ground,” he said.

The police commissioner of Beledweyne, Bishar Hussein Jimale said that the attack occurred at the Lama-Galaay military camp that also serves as the government headquarters.

“What happened here today is a disaster that killed many innocent people including government officials, civilians and security personnel,” he said.