Hedgewar: A native vision of nationhood

Hedgewar: A native vision of nationhood 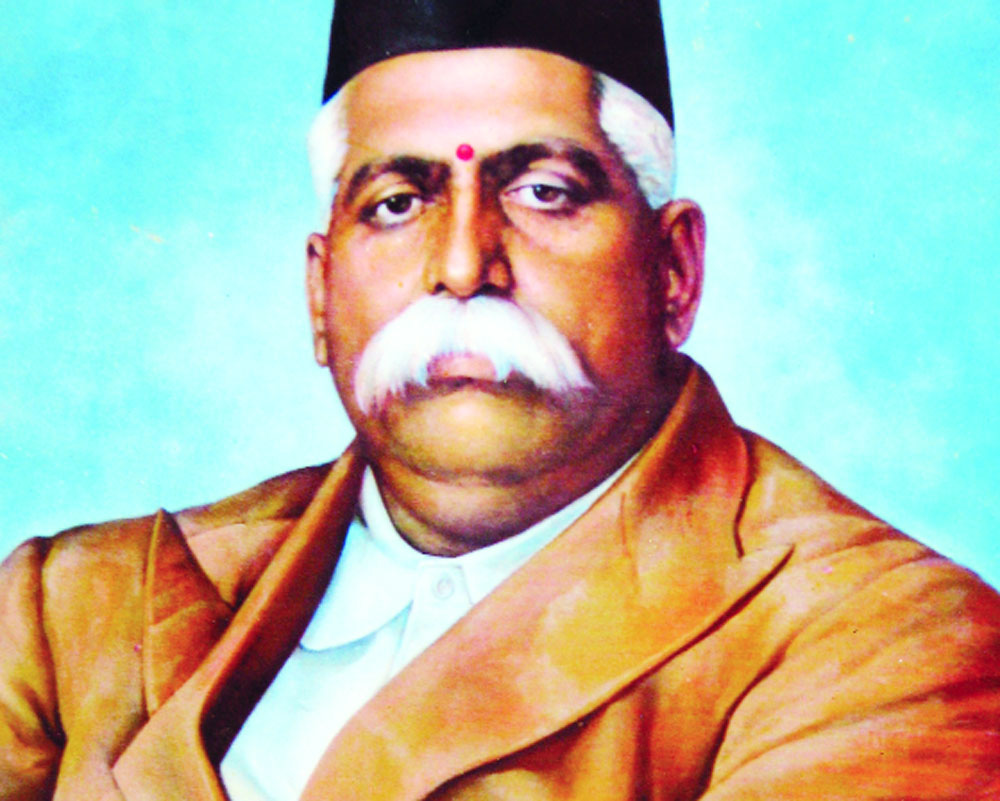 Bhagwat’s decision to put Hedgewar at the centre of his outreach at the RSS conclave was a necessary corrective. Long a shadowy figure at the edge of historical consciousness, Bhagwat has done justice to a visionary

Hindu rashtra (nation) is not rajya (state), though critics try to obfuscate the issue. A state is a politico-legal entity; a nation is a civilisational, cultural, and psychological entity, generally identified with an ancient or distinct geography linked to its people. Hindus form the bedrock and mainstream of the Indian nation; a Hindu polity respects its minorities precisely because it is Hindu. This is true of both Hindu rashtra and rajya.

Keshav Baliram Hedgewar founded the Rashtriya Swayamsevak Sangh (RSS) in 1925 as an ideological alternative to the dominant Indian National Congress, to uphold the primacy of Hindu civilisation and Hindus in India. Though Hedgewar and many swayamsevaks joined the freedom movement under the aegis of the Congress, mutual distrust due to the Partition and murder of Mahatma Gandhi persuaded the organisation of the need for a political praetorian guard. The fortuitous availability of Syama Prasad Mookerjee led to the formation of the Jan Sangh; his tragic death in Srinagar consolidated the fledgling party’s nationalist credentials, a legacy that transferred to its remake, the Bharatiya Janata Party (BJP).

Unsurprisingly, Jawaharlal Nehru loathed both the RSS and the Jan Sangh because they did not value his Western liberal worldview and sought inspiration from India’s native ethos, which was by definition Hindu. Like Sardar Vallabhbhai Patel and BR Ambedkar, Nehru understood that the RSS was not innately anti-Muslim, but was astute enough to realise that painting it in such colours would give him the consolidated Muslim votebank, which kept his party in power for several decades.

RSS sarsanghchalak Mohan Bhagwat addressed a complex range of political, social, cultural, civilisational and psychological issues that have crystallised with the ascent of the BJP as India’s ruling and dominant political party in 2014. At a three-day conclave titled, “Future of Bharat: An RSS Perspective”, Bhagwat sounded the bugle of an ideological war at a modern-day Kurukshetra, where none of his invited opponents turned up. Round one to Bhagwat.

Critics have questioned the reasons for the outreach, linking its timing to the parliamentary election of 2019. Some have taken his assurances that Hindutva does not and cannot exclude Muslims as an exercise in ‘Congress-isation’. The issue is more complex. Some things have changed unimaginably. The hitherto inviolable Muslim personal law has been challenged by Muslim women, who have got triple talaq (talaq-e-biddat) legally invalidated, and are now fighting to ban polygamy, nikah halala and female genital mutilation. The state is standing by them; the days of inhumane orthodoxy are over.

Then, the politically dominant State of Uttar Pradesh has asked madrassas to incorporate the national school curriculum in their teaching programme. It is a matter of time before parents decide what kind of education they want the madrassa to emphasise in future. The internal dynamics of the Muslim community, therefore, are destroying mental ghettos and driving Muslims to build bridges with Hindu civilisation and Hindu India.

A return to the patronage offered to Muslim orthodoxy by the Congress and other secular parties is no longer possible. Hence, Muslim investment in such parties is no longer necessary. A Hindu India must seek to make this transition as painless as possible, especially as the challenge of Islamic terrorism increases and innocents have to be protected. Bhagwat’s speech is a nudge in that direction. The decision to put Hedgewar at the centre of his outreach was a necessary corrective. Most swayamsevaks have grown up under the shadow of MS Golwalkar (guruji), who led the RSS for 33 long years and established it in northern India. Some speeches made in the troubled Partition years and thereafter have derailed the public discourse to the detriment of the RSS’ prestige. The situation-based editing of Golwalkar’s speeches in Print must be seen in this context. Given Congress president Rahul Gandhi’s vituperative attacks on the RSS, and his allusion that it did not participate in the freedom struggle, Bhagwat presented a stalwart who opposed British colonialism from early childhood and rubbed shoulders with Bal Gangadhar Tilak, BS Moonje, Subhas Chandra Bose, and Savarkar brothers.

As a student in the sixth standard, he threw the sweets received on Queen Victoria’s 60th coronation day in the dustbin, saying slavery to the British empire was nothing to celebrate and motivated children not to go to see the lights on Nagpur Empress Mill as part of the celebrations. In the 10th grade, Hedgewar managed to organise students of Neil City High School to shout ‘Vande Mataram’ when the inspector visited the classrooms. When investigations began to identify the mastermind, he confessed to save fellow students from trouble, and was rusticated. He passed the metric exam from Pune as a private student under the Lokmanya Tilak Yojana. While there (1908), he threw a bomb at a police post on Vijayadashami; he was arrested but released because he was a student.

Tilak and Moonje sent Hedgewar to study at Calcutta Medical College and meet leaders of the Anushilan Samiti and organise the revolutionaries of Bengal and Maharashtra. During his six years in the province, he helped the Ramakrishna Mission to provide relief during a famine in Bengal; the Mission later sent MS Golwalkar to join Hedgewar after he founded the RSS. Returning to Nagpur with his degree in 1917, Hedgewar decided to dedicate his life to the nation. He joined the Congress and as general secretary of the Nagpur Congress Sewa Dal, helped organise the Non Cooperation Movement in 1921. He was arrested for sedition and jailed for one year. Later, he became secretary of the Congress in Central Provinces.

Deeply influenced by Moonje, Hedgewar felt that the nation needed a vehicle, different from the Congress, which placed Hindutva as the basis of nationhood. The RSS was founded at a meeting in his home, where like-minded people would gather for weekly meetings, which gradually evolved into the daily shakha. The emphasis was on character building (vyakti nirman); the rest would follow. Hedgewar and many RSS workers remained in the Congress and participated in the freedom struggle under Gandhi’s leadership. In 1932, he inspired the Jungle Satyagraha, wherein 6,000 persons cut jungle grass in defiance of a Government ban, similar to the ban on making salt. He was jailed for nine months. Long a shadowy figure at the edge of historical consciousness, Bhagwat has done justice to a visionary with formidable organisational skills.