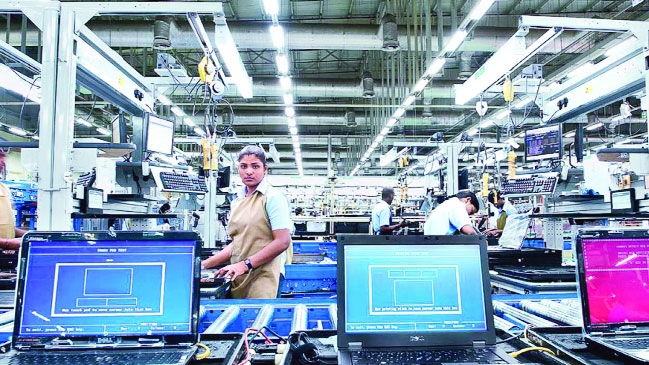 It is the prerogative of the Government to plan for a sustainable future and not think of immediate benefits. While formulating key policies, it has to think of innovative approaches, potential of existing plans, allotment of budget and various trade-offs

When Narendra Modi was sworn-in as the country’s Prime Minister, he proudly proclaimed that he was the first Prime Minister of India who was born after independence. His statement was not merely symbolic. He was communicating with India that had more than 50 per cent of its population that accounted for less than 25 years of age. He communicated well with aspirational India — one that was free from the burdens of the colonial past and ready to claim its rightful place in the world. There were two features unique to the mandate of the 2014 election. First, countering the menace of ‘policy paralysis’, one that had engulfed the nation. Second, designing India’s future trajectory.

The scale of challenges that a country as large as India faces is just mind-boggling and the task to work on them is herculean. These vary from jobs, education, skills, health, malnutrition, poverty, income inequality, justice delivery failure, climate change, pollution, water scarcity, caring for our elderly population, internal security challenges, securing our borders, foreign policy issues, et al. In this jigsaw puzzle, certain issues form the nucleus around which other issues oscillate. This article is on three such issues, which if worked upon, shall drive our country on an upward trajectory.

Employing our women: Today, India has a working age population (15-64 years) of approximately 0.86 billion. This includes, 45.9 crore males and 42.7 crore females. Total labour force in India is around 52 crore, which is 59 per cent of the working age population. Female participation in the labour force is just 24.5 per cent, roughly meaning that only one in four women in the country is working.

Now compare this to a situation 20 years from now, in 2040. The working age population would be around 110 crore. Projections estimate that female population will be around 53 crore. If status quo remains, we will have only around 16 crore women who are employed. If the Indian economy aspires to grow at the rate of 10 per cent, will it be possible to do the same  without employing its women?

The Government of India has been consistently focused to improve women participation. It has introduced initiatives like Stand Up India and Mahila E-Haat. Mega schemes like MNREGA and MUDRA have also focused upon increasing women participation. Also, the Government has been very pro-active in promoting and executing the Vishakha Guildelines that aims to “protect women from sexual harassment at workplace”. To improve participation of women scientists, the Government has come up with Knowledge Involvement in Research Advancement through Nurturing (KIRAN) scheme.

Bridging inequality: The Global Wealth report by Credit Suisse found that while total wealth in India is rising, gap between rich and poor is also on the rise. Another report by the Oxford Poverty and Human Development Initiative (OPHI) of the Oxford University, found that in terms of countries, 31 per cent of the 689 million poor children live in India.

India ranked 37th among 103 countries in terms of number of multidimensionally poor children as a proportion of the total population. The Hunger and Malnutrition Report  2011 covered 112 districts of India over nine States. The report stated that 42 per cent of India’s children were still underweight. Is this the model of development that our country seeks to follow?

Inspired by Deen Dayal Upadhyay’s call of Antyodaya, the Government came out with the Jan Dhan Yojna, Aadhar and Mobile  (JAM) trinity. JAM has streamlined the flow of subsidies, plugged loopholes and benefited the last beneficiary. Schemes like Give It Up have encouraged the privileged to give up subsidy benefits.

Besides, the Government had enacted the Black Money (Undisclosed Foreign Income and Assets) and Imposition of Tax Act, 2015. This was initiated to get hold of the black money stashed overseas. During the one-time compliance window in 2015, 644 declarations were made which yielded revenue of Rs 2,428.40 crore. Income Declaration Scheme 2016 yielded a revenue of Rs 29,362 crore. Demonetisation and Operation Clean Money led to 25 per cent increase in Income Tax returns and 41 per cent increase in collections.

There is an old saying: “Don’t give a man a basket of fish, teach him how to fish”. The Government has taken massive initiatives under Skill India, Deen Dayal Upadhyaya Grameen Kaushalya Yojana and Make In India programme to make people employable and create jobs. These have started to fetch results. Today, there are around three lakh village-level entrepreneurs running common service centres in the country.

The Government has helped some 15,000 start-ups. Based on Employees’ Provident Fund Organisation (EPFO) payroll data, more than 41 lakh formal jobs were created between September 2017 to April 2018. Goods and Services Tax  (GST) has helped formalise the economy. In the last one year itself, 48 lakh new enterprises were registered in comparison to 66 lakh registered enterprises from independence till July 2017.

Under the MUDRA scheme, more than six lakh crore loans were disbursed and over one crore houses are under construction. These have created employment opportunities and helped people move out of poverty. Moreover, there has been a consistent decline in poverty in India and we no longer have the largest number of poor in India. Women and Child Development Ministry is undertaking a total revamp of the Integrated Child Development Scheme (ICDS) programme to fight malnutrition.

Balanced growth of India: India’s Total Fertility Rate (TFR) stands at 2.3 today. But this data does not represent a uniform picture. While TFR in most States has reached replacement levels of 2.1 or in some cases, like Goa, it has fallen further, we have three States of Bihar, Rajasthan and Uttar Pradesh scripting a different story. These States make up around 30 per cent of India’s population and still have not been able to bring the TFR down.

A study on economic disparity among India’s 12 largest States (Andhra Pradesh, Bihar, Gujarat, Karnataka, Kerala, Madhya Pradesh, Maharashtra, Odisha, Rajasthan, Tamil Nadu, Uttar Pradesh and West Bengal), that  account for 85 per cent of total population, was conducted. It studied per capita net domestic product of these States from 1960 to 2014 and concluded that economic disparity within India’s States is the largest.  This disparity has also given rise to migration within and outside India.

In terms of prosperity and opportunity, India has over the years developed an economic fault line that divides the eastern and the western States. While southern and western States have stabilised in terms of population growth and have a steady increase in per capita income, in northern and eastern States, population is rising and economic opportunities reamain limited.

According to the Economic Survey 2017, labour migration in India is significantly higher than previous estimates. “The first-ever estimates of internal work-related migration using railways data for the period 2011-2016 indicate an annual average flow of close to nine million migrant people between the states.” In China, during the Chunyun period, over 2.9 billion passenger trips are estimated. In comparison, migration within India might seem small — this also presents the scale of challenge. Is India ready to accommodate such huge level of migrations within the country?

To instil a coherent approach among States, Prime Minister Narendra Modi coined the phrase of ‘Team India’. Amongst the first steps that the Government took was increasing the devolution of funds to States under the 14th Finance Commission from 32 per cent to 42 per cent. Now with the implementation of GST, devolution of funds will change further.

The NITI Aayog was set to help States plan better. By introducing ideas of cooperative and competitive federalism, each State is being pushed to plan according to their requirements and optimally use their resources. Schemes like Smart City and Shyama Prasad Mukherjee Rurban Mission are helping in economic and infrastructure transformation of States. Several States that have been traditionally backward due to varying reasons are given special assistance packages from the Union Government. Government has also launched ‘Ek Bharat-Shrestha Bharat’ programme to improve interaction among diverse cultures of India.

Governments, while formulating policies, have to think of innovative approaches, potential of existing plans, allotment of budget and various trade-offs. It is the prerogative of the incumbent Government to plan for a sustainable future and not think of immediate benefits. The Government seems to be on track.

(The writer is a Fellow with India Foundation)