An overlooked solution to climate crisis

An overlooked solution to climate crisis 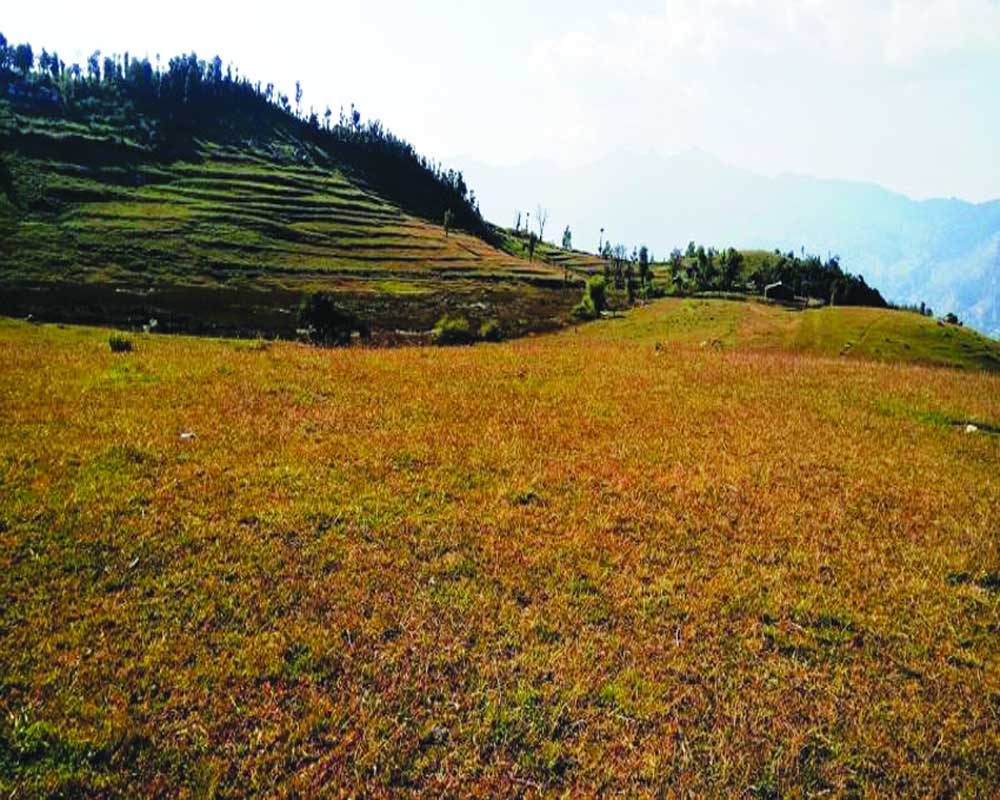 Grasslands are, perhaps, the most neglected ecosystem in the world. However, their ability to meet the climate change challenge must galvanise nations into putting them high on the conservation agenda. The Government must take note

Grasslands across the globe,  especially in India, have played a silent but stellar role in reining in the process of climate change. But according to a study by Proceedings of the National Academy of Sciences (PNAS) journal, climate change, pollution and various environment alterations across the globe are changing their identity. One of the key contributions made by grasslands is their inconspicuous role in containing carbon levels in the atmosphere. It is this storage capacity for carbon that makes grasslands effective warriors against climate change.

Nearly, 30 per cent of the world’s carbon is stored in these grasslands, which makes them crucial in combating climate change. But their ecology is shifting due to human activities, says a new study.

The PNAS team conducted 105 experiments in different grasslands around the world. Each experiment focussed on particular global change factors like rising carbon dioxide, hotter temperatures and drought. Grasslands showed resilience to these factors in the first ten years of exposure, after that their species began to alter, the study said.

Half of the PNAS experiments, lasting ten years or more, showed a change in the number of species in grasslands. The study also found that their identity can change rapidly without a reduction in the number of plant species but due to the change in individual plants. Even though the grasslands are resilient towards global change for around ten years, they are vulnerable due to the fast pace of global change.

Increasingly, the scientific community across the world is forming the opinion that the role of grasslands needs to be acknowledged. They  should be protected from human intervention so as to arrest their degradation. They occupy more than 40 per cent of all the ice-free land in the world. These assets of nature have sustained humans for the past 300 million years — right from the time when the first homo sapiens appeared in Africa. They also provide food and shelter to various other species, including zebras and giraffes.

Closer home, grasslands happen to be the least understood habitat of nature. There is also a paucity of effective studies on their efficacy. Still, the fact that they play a pivotal role in keeping a check on climate change cannot be ignored.

Grasslands in India share their existence with some trees, shrubs and herbs. They are found at various altitudes and in various geographical regions under different climatic conditions.

Thus, grasslands are also found in altitudes higher than 2,100 metres where the temperature is cold. Some are found at an altitude between 150 to 300 metres where the temperature is warm. Apart from the climatic conditions where the grasslands exist, there are other variants, mainly five major types. Each of these has its own characteristic. The most widespread grassland in India are the Imperata type. Our country has no dearth of diversity of greens but there is certainly a shortage of robust policies to protect them against human exploitation. This usually happens when grasslands are misrepresented as barren lands and usurped by land sharks and land mafia.

In a country where standing trees in a forest are being felled to encroach land, grasslands naturally don’t stand a chance. But matters such as these are of public knowledge. This is why it is even more puzzling that the National Green Tribunal (NGT) or even the Central Government has not come out with a forceful protection policy.

The apathy can be judged from the fact that semi-arid open areas are now being classified as wastelands, leaving them vulnerable to human intervention and encroachments. These so-called wastelands are, in fact, grasslands but neither are they given due recognition nor proper classification. The Government must not shift the burden of land requirement to cater to a burgeoning population onto the grasslands by labeling them as wastelands. Unless we course-correct, we will lose many hectares of grasslands forever.

Additionally, the wildlife that is found on these grasslands needs to be recognised and categorised so that it get chances for survival. Currently, there is little or no study or data available for the rich flora and fauna available in India. The Government must also increase awareness and recognise the support of indigenous local people so that India can benefit from their efforts to conserve grasslands. In order to do this, we must take a cue from other nations where vast savannahs have been respected and conserved over centuries. The methods and systems followed by these countries are in public domain and available to be implemented in the Indian context. Grasslands are the life breath in the fight against climate change. They must be protected and conserved.