Hello Minister! Can you hear me?

Hello Minister! Can you hear me? 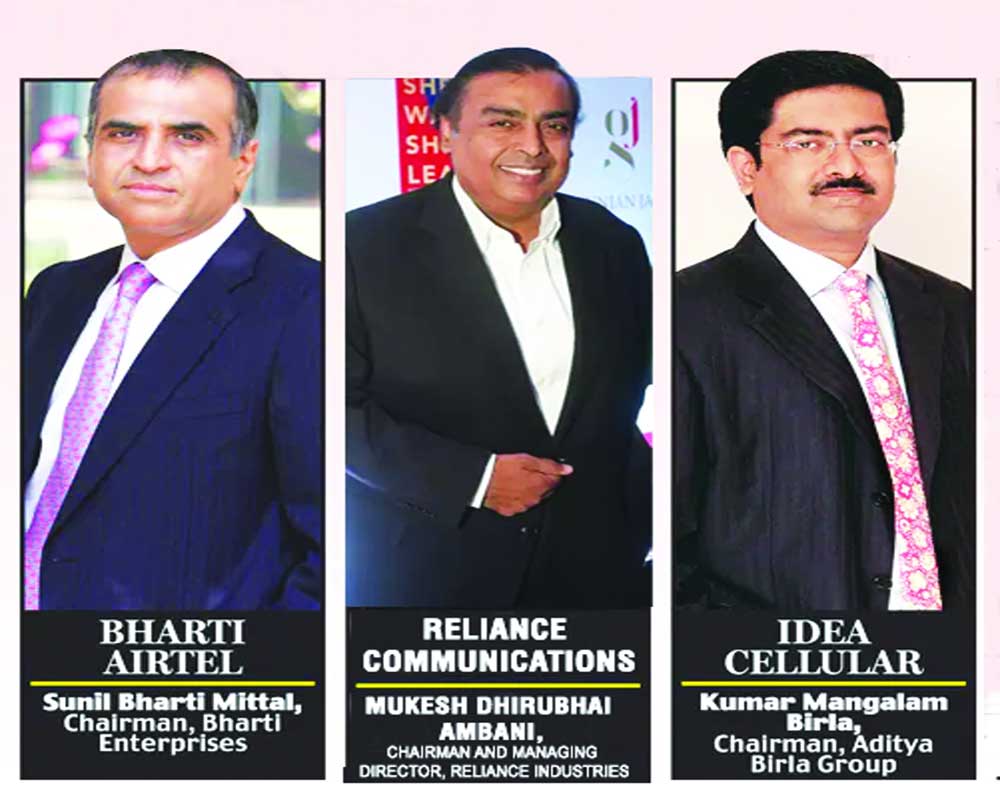 While no country has reconciled regulation with free enterprise, it is imperative to find a way out. One parameter in our ease of doing business that needs tweaking is dispute resolution, particularly in telecom

When the big boys of India Inc. are pushed to the wall in a market slugfest of the kind that’s playing out in the telecom sector since three years, it’s an area angels fear to tread. And, only a collective call by the  Government comprising a cross-section of stakeholders from the Department of Telecommunications (DoT), Telecom Regulatory Authority of India (TRAI) and the high-powered Committee of Secretaries (CoS) has the power to intervene in a timely and judicious way. Because it is already a case of “too little, too late” to salvage the near-collapse of an erstwhile profitable sector, now laden with debt of over Rs 7 lakh crore.

Telecom as a sector is “too big to (let) fail”, a theory that asserted when certain behemoths that comprise a sector “are so large and interconnected, their failure would be disastrous to the greater economic system and that they therefore must be supported by the Government when faced with potential failure.”

With increasing teledensity and internet penetration, telecom services are today consumer essentials, much like FMCG or pharma goods, and are consumed by every section of society. And like power, telecom and internet are deemed essential utilities and the vehicles forwarding the digital revolution.

India is currently the world’s second-largest telecommunications market with a subscriber base of 1.20 billion and is amongst the top five employment generators in the country. Which is why there is cause for alarm with the second quarter losses posted by listed telecom companies after the October Supreme Court (SC) order crossing unsustainable levels of Rs 1 lakh crore in debt, with Vodafone-Idea, RComm, Airtel and TATA Tele being the worst-hit in a descending order.

One shares the Prime Minister’s optimism to aim for a $5 trillion economy, as much as one lauds the Finance Minister’s interactive-resolution modus, which is a refreshing departure from her predecessors in not procrastinating decision- making till the annual Budget to address the industry’s pain points. And pain points abound, from the beleaguered banking, automobile, reality, power and aviation sectors, with the latest crisis in telecom having overtaken all others.

While India’s improved ranking in the World Bank’s Ease of Doing Business index (EODB) is an outcome of the Modi regime’s commitment to reforms, one parameter in the EODB that requires improvement is dispute resolution, particularly in the crippled telecom industry. Resolution and relief are very much within the Centre’s discretion, as they are the winners in this case and need to make concessions in the overall interests of the sector. Regulatory uncertainties in the distressed sector are casting negative ripple effects on the already subdued business sentiments within the country. While Indian business has been reluctant to commit to fresh capital expenditure (CapEx) investments, we can ill-afford a negative perception amongst foreign direct investors. The National Digital Communications Policy 2018 envisaged attracting investments worth $100 billion in the telecommunications sector by 2022, which is only possible in an enabling environment, where time is spent on growth instead of fighting fires. Given that the beneficiaries of the trade diversion from the US-China trade wars have been Vietnam and Taiwan in preference to India, for the country to make a global impact, we need a more facilitatory approach so that multinational corporations (MNCs) view it as a potential centre for making profits.

Vodafone is the largest foreign direct investor in the country and its  year-old joint venture with Idea Cellular is the worst hit, with net losses at Rs 50,922 crore. This is unfairly the second setback for Vodafone after the UPA-2 had amended its tax laws with retrospective effect with claims of $2 billion in taxes. The entire sector is today at risk of lowered credit ratings, jeopardising the asset quality of banks that have an exposure of Rs 1 lakh crore. This will further deepen the existing Non-Performing Assets (NPA) crisis, as borrowers become unable to service debt due to contingent liabilities.

The distress in telecom is largely attributed to Reliance Jio’s entry three years ago that disrupted the economics of the sector. Jio’s hyper-competitive pricing triggered massive consumer attrition, giving it a vantage particularly in rural areas and eroding average revenue per user and user-counts of competitors. The problems of the industry have been compounded by the SC judgment that favoured the Government in the dispute between DoT and telcos. The Government’s demand to include non-core items while computing Adjusted Gross Revenue (AGR) has had a crippling effect on 15 telcos asked to shell out a staggering Rs 1.3 lakh crore. Let’s remember that “the Supreme Court is fair, but not infallible.”

Besides, the Indian telecom market, which is the second-largest in the world in terms of data consumption, is too large to be held hostage by either erstwhile cartels, or the likely emergence of a duopolistic scenario, or the eventuality of allowing single-player dominance. Which is where we are headed if the Government fails to salvage existential issues facing two out of the three private players, Vodafone–Idea and Bharti Airtel.

Ideally, the Government aims at three non-State players, plus one public sector telco in the market, because India needs multiple carriers to ride the digital revolution forward. That the Government is not in favour of a monopoly is a decision in the right direction. But to avert monopolistic conditions, or even a duopoly, intent must be followed through by supportive action.

So what are the relief measures sought by the industry? They hope for positive recommendations from the CoS committee to restore the health of the sector by the regulator setting minimum floor tariffs for mobile calls and data; a moratorium on spectrum payments/a longer tenure to pay up spectrum liabilities through staggered payments; a waiver on interest and penalties on the AGR-related dues; lowering of taxes and levies; freeing up of Rs 7,000 crore of blocked Goods and Services Tax (GST) input credits; a favourable review of the SC ruling, failing which they plan a curative petition before a five-judge Bench that may deliver a better judgment than the one on October 24, and lastly that TRAI restore its credibility by playing neutral.

Empirical evidence in economic history points to signs of distress showing up much before a cancer turns full blown and incurable. Even the global economic crisis of 2008 was preceded by symptoms like bubbles in asset value of stocks and real estate. Nations, sectors or corporates don’t collapse overnight but show symptoms of malaise much ahead of an impending crisis.

Governments play an important role in gauging the declining health of sectors ahead of time by assessing risks, whether they are caused due to corporate misgovernance, faulty policies, or bought on by cyclical market conditions, or a slowdown caused by de-globalisation. A case in point is the timely intervention by the Union Minister for Commerce when he recently chided e-commerce companies indulging in predatory pricing which adversely impacted small retailers, a regulatory role TRAI should have played three years ago by setting a floor price. Because predatory pricing is as damaging as surge-pricing.

India’s private sector players are capable of delivering quantum “Winning Leap solutions” if regulators, courts and Government policies make it easy to do business. While no country has struck the perfect balance between regulation and free enterprise, it is imperative to find a way out of the impasse, as all interlinkages in the modern industrial supply chain get affected and risks that beset one sector cascade through the rest of the economy. And if unresolved, the disruptions could extend for years, destroying value for all involved.

(The writer is an author, columnist, Chairperson for the National Committee of Financial Inclusion at Niti Aayog and member of RSS Ladies Intellectual cell.)