One step forward despite hurdles

One step forward despite hurdles 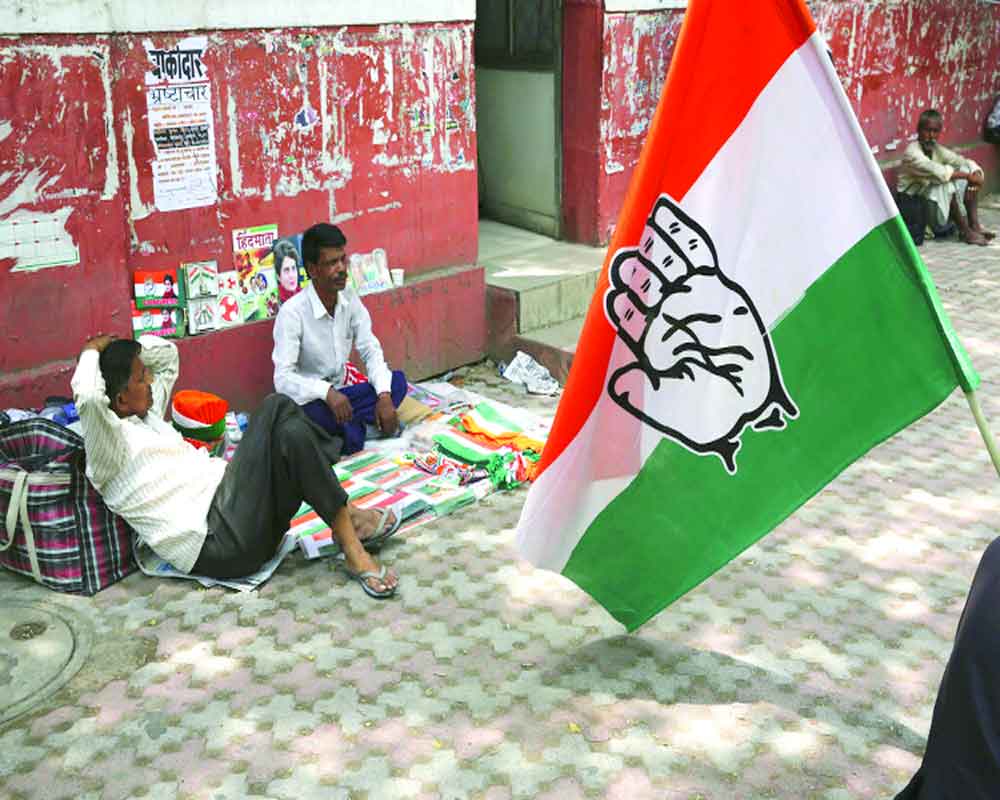 The general perception is that the Congress has been weakened beyond repair. But the party must not be bogged down. Instead, under good leadership, it should implement a revival plan to secure its future, beginning with the States

Going by recent happenings, it seems the Congress high command’s authority is gradually eroding in several States, including Telangana, Punjab, Rajasthan and Karnataka. While the grand old party is confronted with leadership crisis at the national level, it is disintegrating in States, too. Senior Congress leaders feel that with party president Rahul Gandhi taking a decision to step down, the refusal by the Congress Working Committee (CWC) and other leaders to accept it and the subsequent silence on this issue, the Congress is falling apart. In such confusion, it isn’t surprising that there is growing indiscipline and factionalism after the party performed poorly in the 2019 Lok Sabha polls.

Take for instance the Congress’ pathetic condition in Telangana. In a huge setback, 12 of its MLAs sought  merger of the Congress Legislature Party with the ruling Telangana Rashtra Samithi (TRS) this week. State unit chief Uttam Kumar Reddy has alleged that the TRS purchased 12 of its legislators. Retaining the remaining six will be a difficult job for the Congress leadership. The State unit is in serious trouble despite getting three seats in the 2019 polls. In the last Assembly, the TRS managed to merge the TDP legislature party with it by attracting 12 out of 15 MLAs who won in the 2014 polls. Despite such poaching attempts, the Congress leadership is yet to recognise the gravity of the situation.

In Rajasthan and Madhya Pradesh, where the party had snatched power from the BJP in December 2018, too,  the party is facing trouble. The rift has already surfaced. In Rajasthan, some legislators, who support deputy chief minister Sachin Pilot, have demanded that Chief Minister Ashok Gehlot be replaced by Pilot. On the other hand, Gehlot has blamed Pilot for his son’s defeat in Jodhpur. In Madhya Pradesh, too, there is a demand that Jyotiraditya Scindia be made the Chief Minister. All of these are happening at a time when there is a threat to the Government itself in both States as the Congress majority is very thin. The third State facing instability is Karnataka, where the Janata Dal (Secular)-Congress coalition is not doing well. There are apprehensions that the State Government might fall and if it indeed does, it will further dent the image of the Congress.

The grand old party, which ruled independent India for 55 years out of its 72 years so far, is now fated to sit in the Opposition for 10 consecutive years till 2024 — the longest such spell. So far, the Congress, despite suffering defeats, could revive itself due to the leadership of Indira Gandhi, Rajiv Gandhi and Sonia Gandhi.

With such humiliating defeats, the Gandhi family has to tread carefully now. The first thing, as senior Congress leader Veerappa Moily suggested, is to remove the confusion about who will lead the party.

The second is to save the present Congress-ruled States from instability. At least three States — Rajasthan, Karnataka and Madhya Pradesh — are showing signs of turbulence.

Third, it must contain indiscipline and factionalism in the party as is evident in Telangana, Karnataka, Rajasthan and Madhya Pradesh. Because of a weak national leadership, State units will dare to revolt and switch sides.

The fourth is to check erosion in the party in Telangana and elsewhere. More people may leave the sinking ship without a captain.

Fifth, the party must restructure the party as the CWC, the top policy-making body, has authorised Rahul Gandhi to do so. Many State-level heads have also submitted their resignation, owning responsibility for defeat. A new leadership is essential if the party hopes to rise again.

Lastly, the Congress leadership should lift the sagging morale of party workers. After all, everything is not lost and it has to face many more Assembly elections in the next five years.

The immediate challenge, however, is the upcoming Assembly polls to Haryana, Maharashtra and Jharkhand. Above all, it must function effectively in the upcoming Parliament Session and take the lead as the main Opposition party by coordinating floor management of other Opposition parties.

CPP leader Sonia Gandhi is yet to nominate who would lead the party in the Lok Sabha. There are many who feel that Rahul Gandhi should take that responsibility and steer the party in Parliament at least. So far, the Congress scion has not been attending the House regularly and has also spoken occasionally.

Sonia Gandhi vowed at the first Congress parliamentary party meeting last week, “In an unprecedented crisis lies an unprecedented opportunity. It is up to us to grasp it with humility and self-confidence, drawing the appropriate lessons from our defeat...  Undeterred by the many challenges that lie ahead, we will rise again.”

A decimated Congress is certainly old but not grand any more. Many have written obituaries for the Congress but there is still time for the party to reinvent itself and revive under a good leadership.