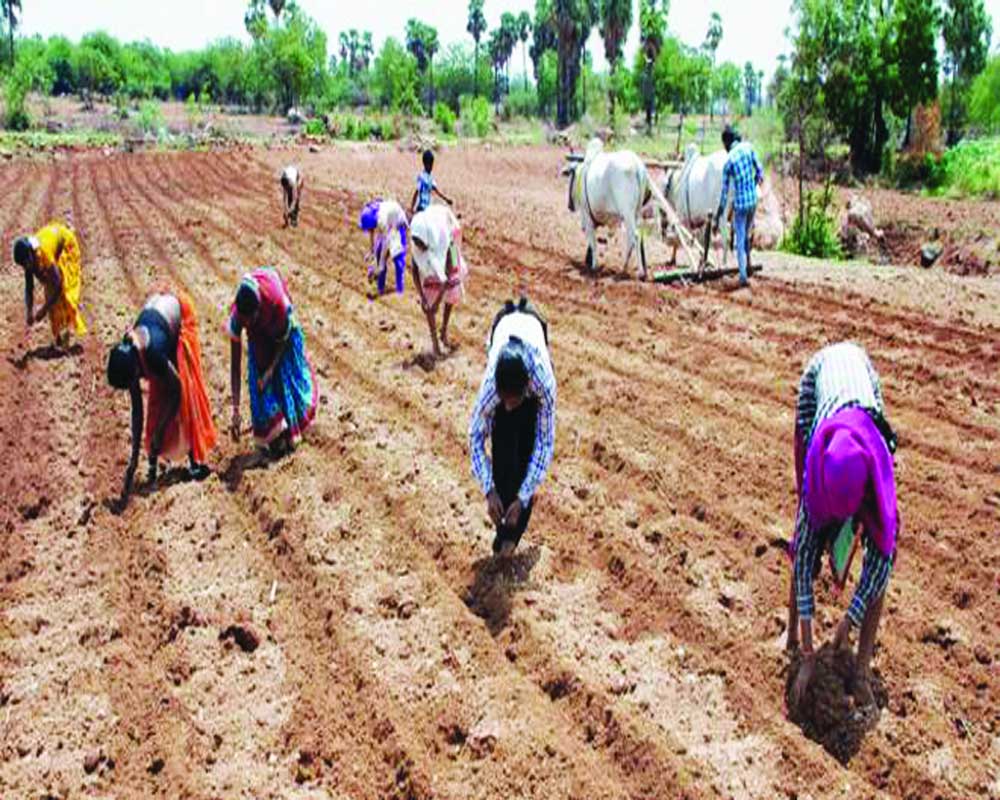 Farmers’ bodies are concerned that the proposed draft Seeds Bill, 2019, and the Pesticide Management Bill could weaken farmers’ rights and increase corporate control over seed, as the definition of “farmer” has been tweaked to include traders and corporations. The original definition of “farmer” excluded any individual, company, trader or dealer, who engages in procurement and sale on commercial basis (non-farmers); Bharatiya Krishak Samaj president Krishan Bir Chaudhary insists this should be retained.

The draft states, “Farmer means any person who owns cultivable land or any other category of farmers who are doing the agricultural work as may be notified by the Central/State Governments.” It identifies “farmer” as anyone owning cultivable land under Clause 11, which makes all corporations, who own land, eligible to be classified as “farmer”, while the new exemptions of Clause 47 spare multinationals from any regulation under the seed law.

The draft Bill introduces new commercial definitions of seed, which facilitate easy market access to multinational corporations rather than conserve our rich biodiversity and guarantee farmers the freedom to save and exchange seeds they have evolved and, thus, ensure availability of high quality, reliable, affordable and ecologically adapted seed for their ecosystem and agro-climatic zone.

Seed is the expression of diversity of traits and agroclimatic zones, where varieties are bred by farmers and to which they are adapted. To describe seeds, not according to traits and agroclimatic zones but as “national seed” if grown in more than one state and “state seed” if grown in one state, has no scientific basis. This is a commercial description  to facilitate the marketing and the spread of unreliable and costly seeds from MNCs.

Under the 1966 Seed Act, new seeds were evaluated in 22 agroclimatic zones to ensure farmers get quality inputs. Strangely, the 2019 Seed Bill makes evaluation optional: “The Committee may, for conducting trials to assess the performance, accredit centres of the Indian Council of Agricultural Research, State Agricultural Universities and such other organisations fulfilling the eligibility requirements as may be prescribed to conduct trials to evaluate the performance of any kind or variety of seeds.”

The seed Bill should ensure compensation to farmers in case of seed failure. Instead, it leaves farmers to seek compensation for seed failure under the Consumer Act. Liability clauses are meaningless if there is no liability for seed failure. The Consumer Protection Act, 1986, stated that the producer, distributor or vendor of seed of the registered kind or variety “shall disclose the expected performance of such kind or variety to the farmer under given conditions” and if such seed fails to perform as expected, the farmer could claim compensation from the producer, dealer, distributor or vendor.

The 2019 draft Bill is a Compulsory Seed Certification Bill under which seed producers and seed processing units must be registered [247, 22(1) and (2)]. Article 12 states that farmers “shall not be required to register the farmers’ varieties of seeds in the said register” but the deletion of farmers’ rights in exemption Clause 47 dilutes farmers’ rights.

Significantly, “transgenic seeds” are introduced. A new category of “synthetic seeds” enters the definition of “seed” in Article 24. Section 44 opens the door for introduction of transgenic varieties cleared by the Genetic Engineering Appraisal Committee (GEAC). Under “special provision for registration of transgenic varieties”, it states, “notwithstanding anything contained in Section 14, no seed of any transgenic variety shall be registered unless the applicant has obtained a clearance in respect of the same as required by or under the provisions of the Environment (Protection) Act, 1986: (29 of 1986).”

But the biosafety regulatory agency is a failure. It approved Bt cotton which is failing; it approved Bt brinjal which the Minister overruled; it approved GM mustard even though it has lower yields than indigenous public varieties and is tolerant to the prohibited herbicide, glufosinate. Only a case in the Supreme Court has prevented its commercialisation. Now, the new seed Bill could allow commercialisation of Bt brinjal and herbicide-tolerant mustard.

The Central Seed Committee under the 1966 Act included one person to be nominated by each State Government. The 2019 seed Bill has changed this provision to five representatives chosen by the Centre on a rotational basis. Meanwhile, the Seeds Division, Dept of Agriculture, has asked sellers for Expression of Interest (EOI) for bar-coding seed packets for a “national seed traceability system.” This must surely wait until Parliament passes the Bill.

Coming to the Pesticide Management Bill (PMB), it must provide for compulsory registration of Technical Grade Pesticides in India, prior to granting registrations for imports or indigenous manufacture of pesticides formulations, which is the prevailing practice in major agricultural nations such as the US, Europe, Brazil, China, Australia and Argentina.

The PMB should not include data protection for agrochemicals/pesticides as such provisions will effectively extend the monopoly enjoyed by multinational corporations, which already have 20-year patent protection under WTO (effective in India from 2005). Additional data protection would mean ever-greening of patents. Data exclusivity in agrochemicals sector will delay entry of generics and make agrochemicals/pesticides unaffordable for Indian farmers. Moreover, the PMB lacks a “pesticide schedule.” The insecticide schedule is an integral part of the Insecticide Act, 1968, and helps applicants and regulators to decide if registration is required or not.

The PMB’s over regulation of exports will adversely affect exports of pesticides, which can earn foreign exchange and boost the indigenous agrochemicals industry. Export orders for pesticide formulations are time-bound, depending upon the agriculture season in different countries and timely delivery is critical else customers will go elsewhere. All importing countries have their own regulations and registration requirements for imports, which each exporter has to fulfill.

Hence, imposing unnecessary data requirements and raising unqualified deficiencies for export-oriented products will only add to costs and delays. Data available in the public domain should be accepted by the registration authority as export orders are country-specific. The Ministry of Agriculture would do well to resolve these issues before proceeding with these legislations.