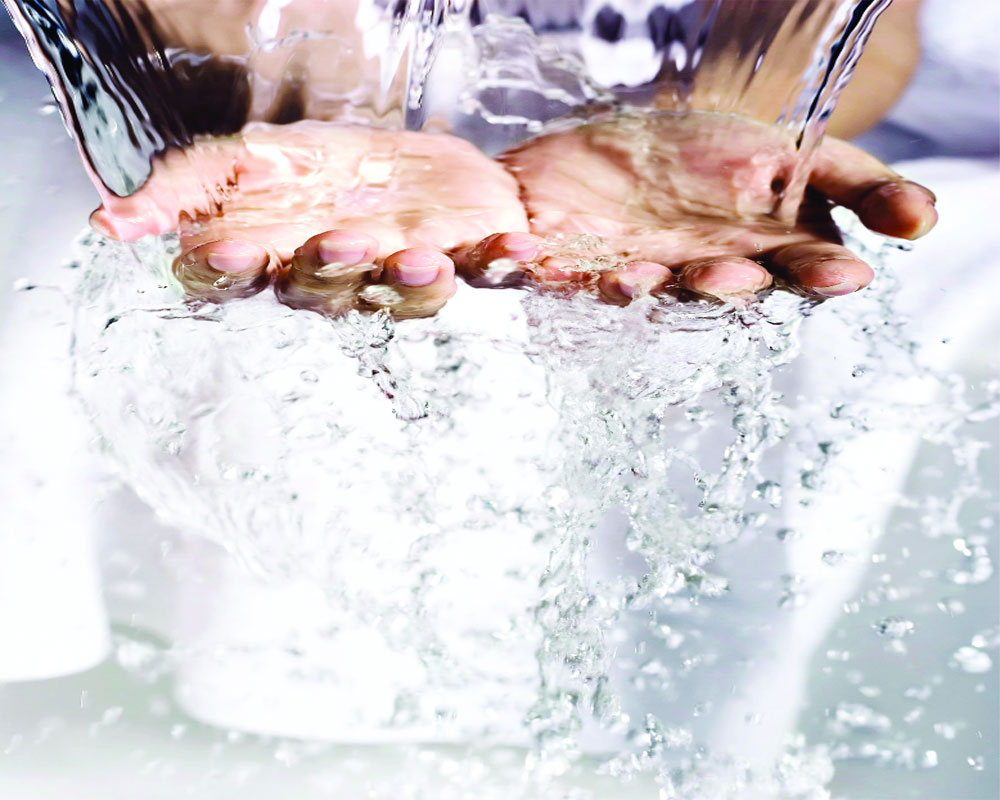 The whole world is faced with a panic situation because of coronavirus scare. With over 175 countries in its grip, and the number of casualties heavily mounting, the pandemic is taking a toll on the physical and mental health of people and the state. The entire world is in a lockdown state and all of this is certainly going to take a toll on our economy, which was already hit hard.

Such situations serve as a reminder about the harsh realities of life, which most of us, caught up in the mundanities and routine, often forget. Ancient Indian learned masters, through allegories and similes, tried to raise our consciousness and make us aware that the world is a unified organism. One, that is set into an interdependent framework, where no individual has a reality independent of the entirety. The obvious implication is that resonance of the echoes at one end of the globe shall have far reaching consequences. That makes it imperative that aberration of even a few, knowingly or inadvertently, could threaten our very existence. So, no wonder, what began in China, has spread its wings all across the globe. That calls for remaining conscious about our collective obligation even while pursuing one’s individualistic aspirational urges.

The above concept seems to have gone out of the reckoning of most of the leaders of leading nations, not to say anything on individual beings. Otherwise, they would not be passionately trying to excite emotional chord of people to build up their vote bank, as has been evident in the recent years. The present crisis is a wake-up call for them. If, however, they join hands, quality of human life may improve substantially, not simply in terms of health but economy as well. Statistics available suggest that whenever world trade goes strong, each country’s economy grows. But whenever world trade took a downturn in the past, world war happened.

The universe being a unified organism, would also mean that there remains connect and correspondence between the cosmic line up, continuously changing, and the live world on the earth. That offers us with the opportunity to foresee things expected to happen through prognosis of the changing dynamics of the planetary line up in the cosmos. Most important markers in this respect, in so far as mundane matters are concerned, are major eclipses happening every year.

During eclipse, the Sun, which is supposed to be health manager of the Universe comes under cloud together with Moon which signifies masses. Whenever the Ascendant at time when the Sun and Moon are in exact conjunction, has close linkage with the death indicating 8th house denominator, points to the possibility of heavy mortality. Major eclipses during the years, 1915, 1918, 1920, 1957, 1968, and 2009 bear testimony to the above fact. No wonder pandemic overtook almost the whole world during those years when more than hundred thousand people died because of one form of virus or the other.

Another common factor noticed, except in 1920 was cluster of more than four planets on eclipse axis. But then, in 1920’s chart, death indicating 8th lord Saturn was placed adverse to Rahu. The Sun and Moon were ill-disposed off to mischievous Neptune and Uranus, meaning massive death unusual way. Kindly recall my discussion on eclipse chart of December 26, 2019 in the opening issue of the year. There was a cluster of seven planets — the Sun, Moon, Mercury, Jupiter, Ketu, Saturn, and Pluto on the eclipse axis. Out of them, Saturn and Pluto are death indicating planets, the latter being more lethal. If that would not be enough, even the 8th lord Mercury happened to occupy lunar constellation owned by another death indicating planet Ketu. What further worsened the situation was placement of Rahu in Mercury owned sign Gemini. Even otherwise, Gemini relates to lungs.

Bear in mind: the world is premised on the concept of ‘Unity in Diversity’. Accordingly, it’s time now that we resolve to remember our collective obligations, remain alert, and revive our age-old tradition of maintaining cleanliness. Till recent past, in our villages, whenever somebody came from outside, they washed their hands and feet before entering the house. Even as on date, Muslims wash their hands, feet and face before they enter the Mosque to offer their prayer.