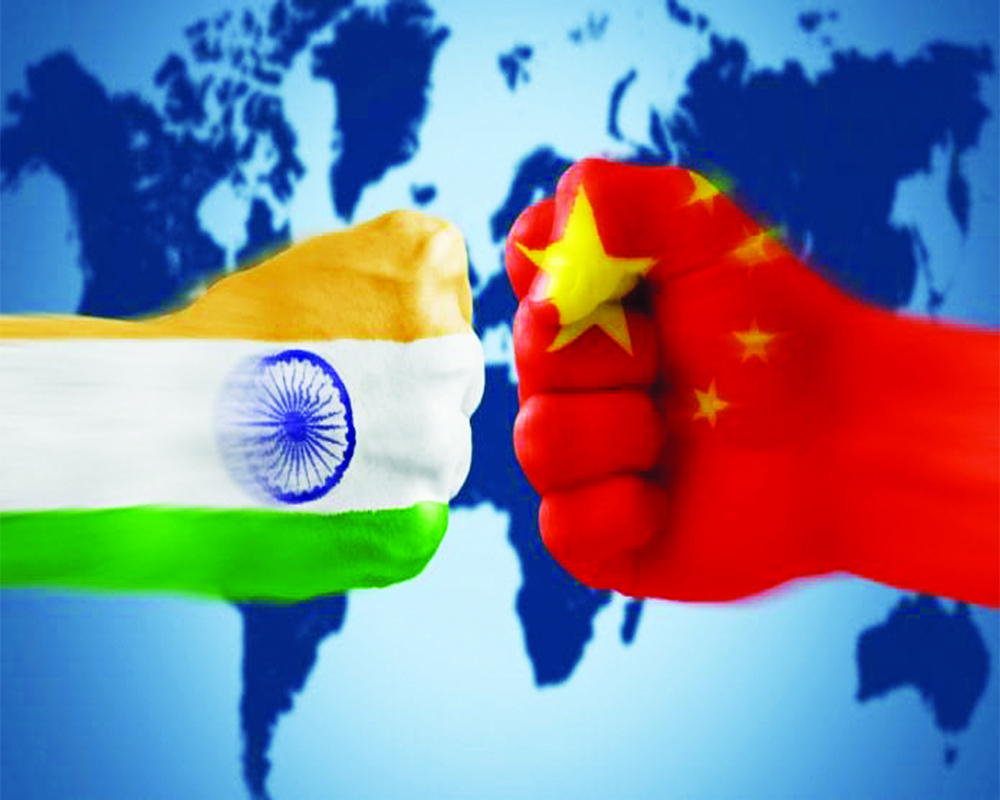 While India insists on de-escalation in Eastern Ladakh, the Chinese prefer the status quo. As it appears, both sides are unwilling to relent

The 11th round of India-China military talks to defuse tension in Eastern Ladakh, that was held after a gap of nearly two months, has again ended without any major breakthrough. The marathon talks lasted 13 hours as has been the trend in the past, but the Chinese side this time was rigid and uncompromising. Ever since the successful disengagement of troops from the lake area and the Kailash Range in February this year, a stalemate exists as far as further disengagement is concerned from the areas of Hot Springs, Gogra, Demchok and over stopping of Indian patrols in Depsang.

Immediately after the disengagement was completed, the 10th round of talks was held between the military commanders of the two nations. But it failed to arrive at any consensus as far as further disengagement from the remaining areas was concerned. However, the talks were dubbed as “constructive” and both sides hoped for a fruitful outcome. A joint statement issued by the two countries after the talks positively appraised the disengagement from the lake area, terming it a significant step that would provide a good basis for resolution of other remaining issues along the Line of Actual Control (LAC) in the Western Sector.

Though the much-awaited 11th round has once again ended in a stalemate, there are two noticeable differences. Unlike in the past, no joint statement has been issued by the two nations. In another first, the Chinese side has responded with a statement from the People’s Liberation Army (PLA) with the Press statement issued by the spokesperson of its Western Theatre Command instead of its Defence Ministry. The statement issued by the PLA was full of rhetoric and laced with diplomatic niceties, indicating that it may have been drafted at the Ministry level but was issued by the PLA. This indicates some sort of unhappiness or disagreement which may need intervention at the highest level.

The PLA’s statement said, “We hope India can treasure the current positive situation of de-escalation in the China-India border regions, abide by related agreements reached by the two countries and the two militaries in previous meetings, meet China halfway and safeguard peace and stability in the border regions together”; once again reiterating the “half-way” offer rejected outrightly by India in the past. What’s the point of talking about de-escalation when the Chinese have not even completed the promised disengagement?

A couple of weeks earlier, General Naravane, the Indian Chief of the Army Staff, had observed that the threat in Eastern Ladakh has “not gone away altogether” since the PLA was still maintaining its considerable troop strength in the “rear areas” as before. “De-escalation will take place only when these elements go back to their garrisons,” he had said. The much-needed de-escalation still eludes both sides.

While the Indian side insisted on complete disengagement from Hot Springs, Gogra, Kongka La and Demchok, including the lingering issue of Depsang, the Chinese did not concede to troop pullback from these friction sites as earlier agreed to, leave alone discussing Depsang. The disengagement from the Depsang plains is believed to be the bone of contention since it is not directly related to last year’s aggression. Hectic diplomatic activity had preceded the 11th round of talks for “maintaining peace and tranquillity and providing conditions for the progress of bilateral relations.” The Indian Foreign Minister, in a telephonic conversation with his Chinese counterpart, had insisted on “early resolution of remaining issues along the LAC and disengagement at all friction points.”

In a virtual meeting of the Working Mechanism of Consultation and Coordination on India China Border Affairs (WMCC), held in the last week of March, it was decided to hold the 11th round of talks between the Corps Commanders as early as possible in order “to further ease the situation on the ground and jointly safeguard the hard-won peace and stability in the border areas.”

All eyes were thus set on the 11th round of negotiations, hoping not only for disengagement from the remaining areas but also for the resolution of the Depsang imbroglio. So, the big question is, why are the Chinese so sensitive about this area and unwilling to concede? The Depsang plains are sandwiched between the Aksai Chin and Siachen glacier. Located at the height of 16,000-17,000 feet above sea level, the area provides good mobility to the armoured vehicles. The Karakoram Pass and the Sasser Law Pass, both strategically important to India and located within its territory, are on its flanks.

Much of these plains had been under Chinese control since the mid-1950s. Daulat Beg Oldie (DBO) is also located adjacent to the plains. In 1962, the Chinese occupied much of the Depsang plains west of the DBO, with India left with a small bulge. The new road built by us to connect the DBO with the Shyok area and beyond is under the observation of the Chinese and remains vulnerable to its artillery fire. The area is strategically important because China and Pakistan can jointly threaten India with a pincer movement in a strategic collusion and cut off the vital area from the rest of Ladakh. Conversely, India can threaten Aksai Chin and the China Pakistan Economic Corridor (CPEC), though a build-up for any large-scale offensive would pose serious challenges.

Apart from the varying perception of the LAC, another peculiar factor in the area is the Limit of Patrol (LOP). India and China differ on the alignment of the LOP as well. The Chinese perception of the LOP is almost 20 km beyond our perception inside our territory. The tensions in this area are not recent. The Chinese had intruded in the area in 2013 and again in 2015 during the visit of Chinese President Xi Jinping and then during the 2017 Doklam crisis.

The crux of the problem lies in both sides denying each other access to the Patrolling Points (PPs) located on the LOP. Earlier Indian troops had been patrolling up to PP 11, 12, 12A and 13 and had not moved beyond that till the perceived LAC. But lately, the PLA has been preventing Indian troops from even patrolling till these PPs and the phenomenon has become more pronounced after the Doklam stand-off. Unlike the Chinese incursions in the Fingers Area (between Finger four-eight), the Chinese did not physically move into the area.

The Indian patrols can move in vehicles only up to an area called “Bottleneck” beyond which their movement is on foot. A kilometre or so beyond the bottleneck is “Y-Junction” where the route bifurcates, with one fork leading to PP10 to 12 and the other fork leading to PP13. When Indian patrols approach Y-Junction, the PLA troops come in vehicles from a nearby post and stop them from going further up to the LOP. In a quid pro quo, the Indian troops prevent the PLA’s men from going ahead of the “Bottleneck” area to their perceived LOP.

To ward off any threat in the area, India has also built up a strong force there, including armoured vehicles. The logistics of sustenance of such a large force and keeping the armoured fleet functional in such extreme cold weather conditions is a Herculean task. While India insists on de-escalation in this area simultaneously with the others, the Chinese prefer the status quo. As it appears, both sides are unwilling to relent. Indian troops are still in possession of a feature in the lake area that can prove as a “trump card” for hard bargaining with the Chinese to secure our interests in the Depsang plains.

The writer is a political commentator, security and strategic analyst. The views expressed are personal.