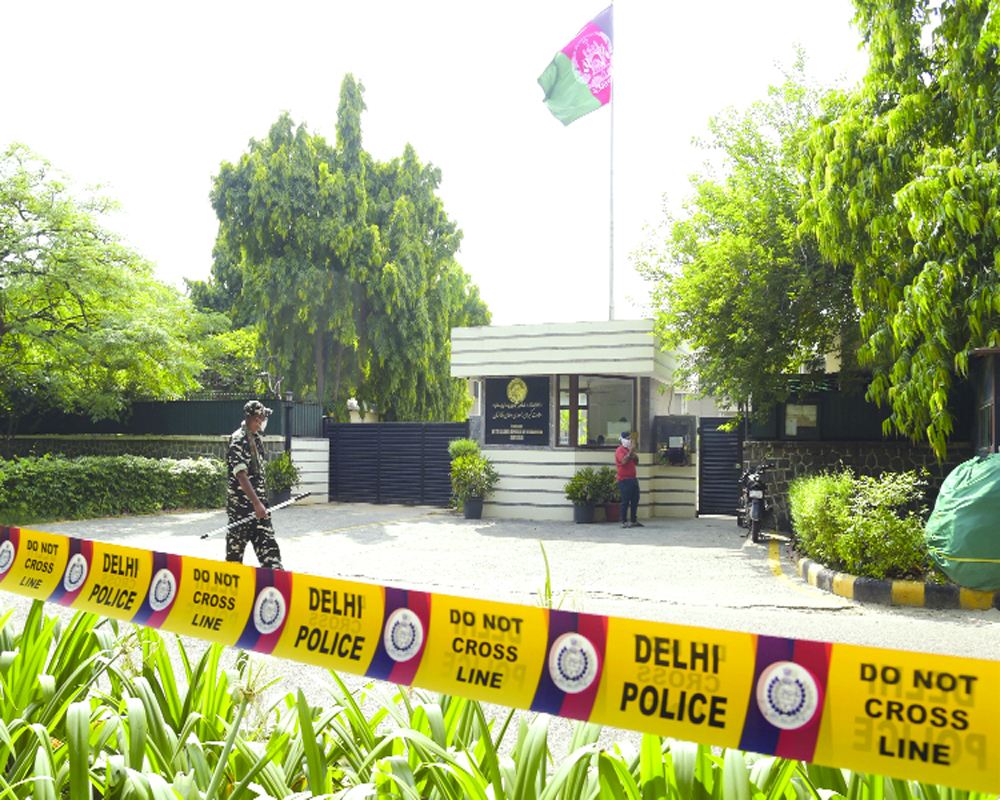 India on Monday reviewed the situation as many of its citizens, including diplomatic staff, are stuck and the airport closed for commercial operations. India is ready to facilitate the repatriation of Afghan Sikh and Hindu communities stranded there.

A fleet of IAF and Air India is on standby and two transport planes of the IAF have operated between New Delhi and Kabul during the last 24 hours to evacuate stranded Indian nationals.

One C-17 Globemaster transport plane of the IAF landed in Kabul on Monday and returned to New Delhi on Monday late evening with the Indian diplomatic staff and some others, sources said.  Another C-17 returned to New Delhi on Monday afternoon carrying some diplomatic staff.  However, there was no official confirmation about it.  The two aircraft circumvented Pakistani airspace to land at the Kabul airport, it was learnt.

In this backdrop, Cabinet Secretary Rajiv Gauba held detailed discussions with senior officials of various Ministries, including External Affairs and Civil Aviation, here on Monday. The focus was on bringing out the Indians as soon as possible, sources said.

“We have been issuing periodic advisories for the safety and security of Indian nationals in that country, including calling for their immediate return to India. We had circulated emergency contact numbers and had also been extending assistance to community members. We are aware that there are still some Indian nationals in Afghanistan who wish to return and we are in touch with them.”

He also said the Indian Government was in constant touch with the representatives of Afghan Sikh and Hindu communities. “We will facilitate repatriation to India of those who wish to leave Afghanistan. There are also a number of Afghans who have been our partners in the promotion of our mutual developmental, educational and people to people endeavours. We will stand by them,” he said.

Punjab Chief Minister Captain Amarinder Singh earlier in the day appealed to the External Affairs Minister to make immediate plans to bring out more than 300 Sikhs now stranded in Kabul.

Bagchi also said “commercial operations from Kabul airport have been suspended today (Monday). This has forced a pause in our repatriation efforts. We are awaiting the resumption of flights to restart the process.”

The spokesperson also said the situation in Afghanistan is being monitored on a “constant basis at high levels” and assured the Government will take all steps to ensure the safety and security of Indian nationals and “our interests in Afghanistan.”

The Government has a tough task at its hand as the Kabul airport is now closed for commercial operations and chaos prevails there.  Amidst that, the Government may have to work through back channels to ensure safety and security of its diplomatic staff besides Indian citizens travelling from the embassy to the airport, they said.