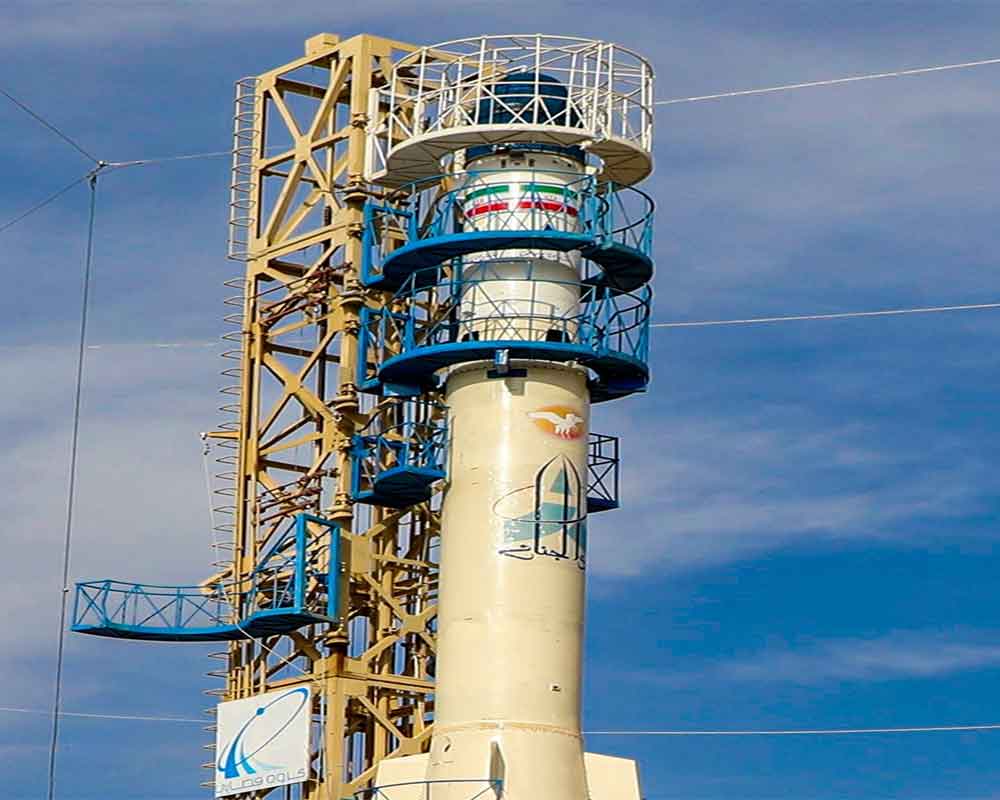 Iranian state television said on Sunday that Tehran has launched a solid-fueled rocket with a satellite carrier, a day after Iran and the European Union agreed to resume stalled talks over Iran's tattered nuclear deal with world powers.

It's unclear when exactly the rocket was launched, but the announcement came after satellite photos showed preparations at a desert launch pad. Iran had also acknowledged that it planned tests for the satellite-carrying Zuljanah rocket. It was not immediately clear whether the rocket launch was successful.

The news comes after the European Union's foreign policy chief, Josep Borrell, traveled to Tehran in a push to resuscitate stalemated negotiations over Iran's nuclear deal and announced on Saturday that the U.S. And Iran would resume talks in the coming days.

Previous rocket launches have drawn rebukes from the United States.