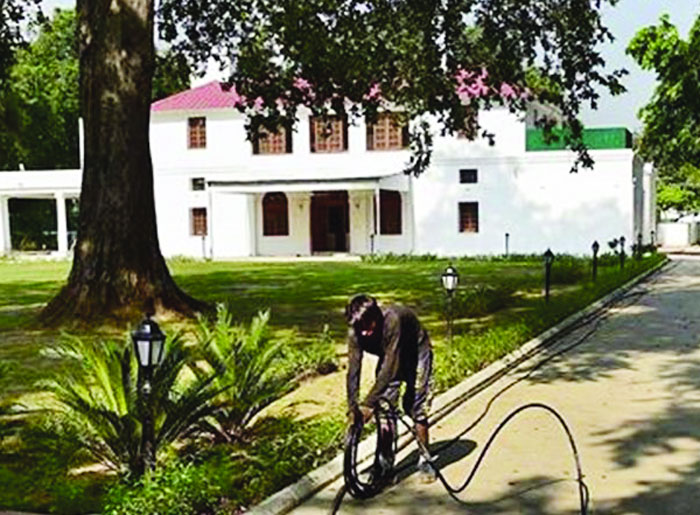 Forty-five years after the abolishment of privy purse and privileges of erstwhile rulers of Indian States, it is worthwhile examining if we have actually done away with this practice

Many young Indians would not be familiar with the term, ‘privy purse’. However, it may be recalled that British India comprised of certain geographical areas that were directly administered by the British Government, while more than one-third of the subcontinent was under more than 560 princely States.

The princely States ranged from large States with considerable revenue to small principalities with meager revenues. Princely States were arranged in hierarchy and the number of gun salutes determined their status in this hierarchy.

With the passage of the Indian Independence Act, 1947, the British Government granted independence to the areas that were ruled directly by them and left the choice to the princely States to decide their future course of action.

By the eve of independence, most States, which had a predominant Hindu population, had signed instruments of accession with India. Only a few like Travancore, Bhopal, Jodhpur, Hyderabad, Junagarh and Kashmir were held out. It took the persuasive skill of Sardar Vallabhbhai Patel and his able civil servant VP Menon to get Travancore, Bhopal and Jodhpur to join the Indian Union before 1947, and the remaining three after 1947.

In consideration of such princely States signing the instrument of accession, the Government of India granted to them a ‘privy purse’, which was a specified sum of money that was payable annually to the rulers of such States. The quantum of the ‘privy purse’ payment was determined by the States revenue — the gun salutes it was entitled to etc. Such payments were free of tax and were guaranteed by a provision in the Constitution of India. (Article 291 of the Indian Constitution).

The quantum of the ‘privy purses’ ranged from Rs 5,000 per annum to Rs 26 lakh per annum. States such as Mysore (26 lakh), Hyderabad (20 lakh), Travancore (18 lakh), Jaipur (18 lakh) and Patiala (17 lakh) were amongst the highest receipients, while several small princely States got amounts as low as Rs 5,000 annually.

Payments of ‘privy purse’ to the former rulers was often questioned as a relic of the past. Attempts were made to do away with this system of payment. The motion to abolish the ‘privy purse’ system in India and the official recognition of the titles was brought before Parliament in 1969 and passed in the lok Sabha. But it did not get the required two-third majority in the Rajya Sabha, 149 voted for it and 75 against.

The abolition of ‘privy purse’ had to wait till 1971 and was successfully passed as the 26th Amendment to the Constitution of India in 1971. The then Prime Minister, Indira Gandhi, argued the case for abolition based on equal rights for all citizens and the need to reduce the Government’s revenue deficit. The Constitutional Amendment recorded the following as its objectives and reason:

“The concept of rulership, with privy purses and special privileges unrelated to any current functions and social purposes was incompatible with an egalitarian social order. The Government, therefore, decided to terminate the privy purses and privileges of the rulers of former Indian States. It was necessary for this purpose, apart from amending the relevant provisions of the Constitution, to insert a new article therein so as to terminate expressly the recognition already granted to such rulers and to abolish privy purses and extinguish all rights, liabilities and obligations in respect of privy purses. Hence this Act.”

Given this historical background, it is worthwhile examining whether we have actually done away with this practice or not. In this context, it is also worth examining whether our new democratic rulers enjoy such privileges or not. What are the perquisite attached to a retiring Prime Ministers, Presidents etc.

Consequent to the rout in the 2014 general election, former Prime Minister Manmohan Singh had to vacate the Race Course Road residence for the new Prime Minister. Singh shifted to a spacious type-VIII bungalow set in a sprawling three-acre plot in the heart of New Delhi.

The new house of Singh, which is situated at 3, Motilal Nehru place,   has well maintained lawns and office space to meet the requirement of a former Prime Minister.

Singh and his wife are entitled to occupy the house for their lifetime. The bungalow is home to about 40 full-grown trees, including peepal, arjun, goolar, marorfalli, jamun, neem, mango and semal, which shelter about 60 species of birds and mammals.

Similarly, on his retirement, former President Pranab Mukherjee, after a stay at the palatial Rashtrapati Bhavan, has moved to a new address — 10, Rajaji Marg, a sprawling 11,776 square feet house, which has a library and an attached reading space.

Mukherjee will get a lifetime monthly pension of Rs 1,50,000. The increase in pension came after the President’s salary was increased from Rs 1.5 lakh to five lakh rupee per month, following the salary revision under the Seventh Pay Commission.

Under the President’s Emoluments and Pension (Amendment) Act, 2008, Mukherjee is entitled to free travel anywhere in India, accompanied by a person by the ‘highest class, by air, rail, or steamer’.

Mukherjee, who rode in a bullet-proof Mercedes as a President, will now be entitled to a car for lifetime and staff expenses of Rs 60,000 a year.

Mukherjee will also get two telephones — one for Internet and broadband connectivity and a mobile phone with country-wide roaming facility, besides free medical attendance and treatment.

Former Vice Presidents receive Rs 1,25,000 per month as pension, and they get free accommodation in type-VIII houses with free electricity and water, telephone facilities equivalent to an a Member of Parliament, free medical aid and free travel by highest class anywhere in India accompanied by one person.

Spouses of former Presidents and Vice Presidents receive 50 per cent pension, they get free accommodation in Type-VII houses, a telephone, 250 litres of petrol and staff for free medical aid and free travel a dozen times anywhere in India.