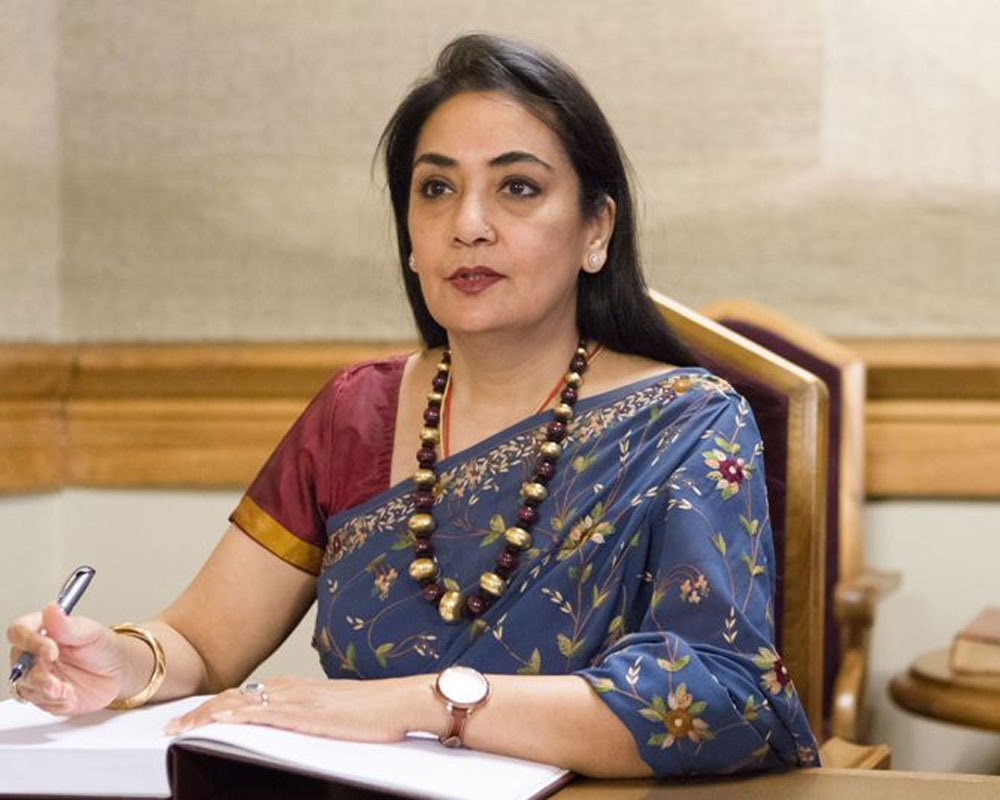 "India's growth which is complemented by a large consumer market offers huge business opportunities for Swedish companies. There is a tremendous scope for investment," India's Ambassador to Sweden Monika Kapil Mohta said here at the India Sweden Business Day, organised by India Unlimited.

She noted that India is the fastest growing major economy in the world and is moving towards building a USD 5 trillion economy.

Mohta said that flagship programmes such as Make in India, Skill India, Swachh Bharat, Digital India and public healthcare plans are some of the areas that hold huge investment potential.

"These are the areas which are of particular interest to you. India has undertaken an ambitious plan to build the next generation infrastructure including smart cities, airports, high-speed trains, high cyber connectivity.

"There is a rapid growth in construction of national highways. There are ambitious plans to develop more than 100 rivers and national waterways. All these areas further open up immense opportunities for our Swedish partners," the ambassador added.

She outlined that the government is taking several steps to improve ease of doing business and is also carrying out comprehensive reforms to attract investments.

"Today from this forum, I invite all of you to participate in this vast business opportunities that await you in India. I assure you that you will be helped, facilitated all the way in your journey in every possible manner," she said.

India Unlimited Chief Executive Director Sanjoo Malhotra said that Indian economy is growing at a fast pace and innovation plays a critical role in this.

Innovation will help achieve the sustainable development goals, he said, adding in this area businesses of both countries can increase cooperation.

India Unlimited was constituted in 2013 in association with the Embassy of India in Sweden, industry body CII and Sweden Indian Business Council to promote ties between the countries.

Speaking at the function, Niklas Johansson, state secretary to the minister for enterprise and innovation, said that enormous potential is there to increase economic cooperation between the two countries and the core will be innovation.

He said that Swedish companies can benefit from the talent pool of India.

The bilateral trade between the two countries increased to USD 2.23 billion in 2017-18 from USD 1.87 billion in the previous fiscal.  India has attracted USD 1.48 billion foreign direct investments during April 2000 and June 2018. Famous Swedish companies including Volvo and IKEA has presence in India.