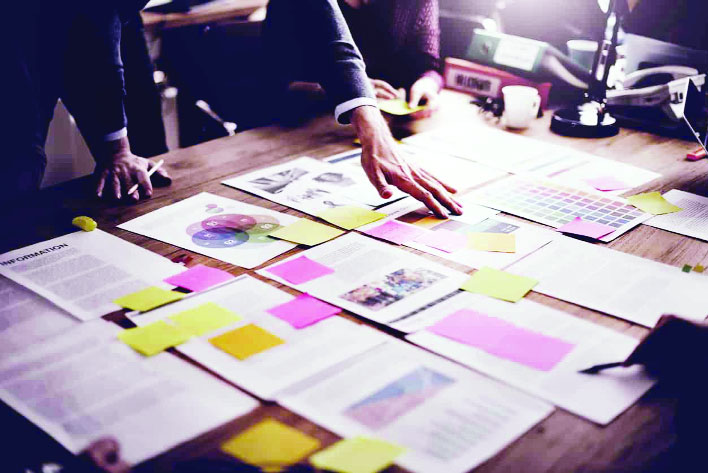 The viability of small and medium-sized firms is greater than that of large firms. Not only do they bring prosperity to the people but also play a fundamental role in driving the economy

Small businesses create job opportunities and drive the country’s economic growth in smaller geographic areas. They make the market more competitive. A local farmer, for example, may be able to offer cheaper products because he doesn’t have to spend money on shipping. Similarly, an agile start-up may be able to innovate new technology faster than a bulky bureaucratic counterpart, thereby forcing changes in thinking and behaviour.

Second, small businesses also operate locally. This gives them a strong preference for hiring local people. Big corporations often move into new territories with a team already in place. This can improve a city’s population but nothing drives new job growth in a region as small businesses do.

Third, small firms have more flexibility. Anyone can start a new business. This makes them more diverse in form, function, culture and increases their potential as against large corporations. Greater the diversity in an economy, easier it is for the country to withstand tough conditions.

There are many reasons why men and women are turning to entrepreneurship and starting their own businesses. Decreasing wages, demands for more family and personal time are a few reasons that propel one towards entrepreneurship. Generally, it is seen that wages have not kept pace with the increased cost of living. What used to take the average income of only one worker to support a family today can take almost two-and-a-half. In contrast, entrepreneurs have the potential to earn more as business owners than as employees. Because entrepreneurs are working in small businesses for themselves. As their own boss, they have the flexibility to arrange their hours around their family schedules.

Moreover, salary raises of the employees, too, have become fewer. Companies generally tend to give performance bonuses so as to keep fixed costs low. And often, managers have to adhere to strict guidelines for standard operations procedures, or their bonuses are unlikely. An electronic chain corporation not only demands its managers to work six days a week but it also sends inspectors into the stores, unannounced, to deduct points for minor infractions.

On the other hand, small business owners start as owners of their own company. Although they have responsibilities that go with being a business owner, they can take their businesses in whatever direction they choose. They also have the ability to strive and provide benefits to their employees and families as well. Additionally, economies world over are witnessing unprecedented changes — the job scenario is changing rapidly. Many jobs have discontinued, others may not return. So, unemployed workers have to find new jobs, often at much lower pay, or undertake training and education as a new career option.

Unstable economic conditions are inducing people to start ventures to secure their financial future. This makes entrepreneurship and small business ownership a viable career option. Although many companies now offer their employees flexible hours to handle family needs, there are times when employees, especially women — who are still the primary care-givers of family members — face scheduling conflicts while handling everyday personal concerns. Therefore, many entrepreneurs opt to work from home so that they can be with their families, attend their children’s school events, or even run errands.

Lastly, having a small business is a definite way to escape from a job that one dislikes or no longer finds challenging or fulfilling. A recent study found that nearly 25 per cent of the people detest their jobs but remain trapped due to financial commitments like loans, rents, payments and living expenses.

Therefore, if they cannot afford to quit a full-time job to start a business, entrepreneurs can start a small business on the side until their business profits enable them to quit. According to the Small Business Administration (SBA), US, the number of part-time businesses steadily increased since the mid-1980s and is expected to increase by about 10 per cent each year.

Once the employees leave to set up their own venture, there are several reasons why these owners of small, home-based and micro-businesses stay in such businesses to survive. First, small business owners network well within their industry, communities and beyond by encouraging and sharing with one another. Successful entrepreneurs will find mentors or themselves be the mentor to new business owners.

Second, many people, who are in their 50s, want to try their hand at entrepreneurship. Not only do such people bring a vast array of experience to their ventures, they also have a more mature approach. They are more likely to care about their employees or respect them. This can foster repeat business.

Third, entrepreneurs are not afraid to fail. Statistics reveal that it takes an average of three business start-ups for an entrepreneur to achieve a successful enterprise. Entrepreneurs constantly learn from mistakes and persist until one or more of their ventures succeed. They can respond to challenges and quickly change to stay competitive in the market and satisfy their customers.

Fourth, time management issues, family responsibilities and the desire for more money are just a few reasons why men and women tend to start a small-scale venture. Because their ventures are small, owners can pay attention to details that promote positive image.

Many business owners have gone on to expand their small ventures into multi-million enterprises, especially as venture-capital investment resources became available. Others chose to stay small so that they could serve specialised and niche markets. Thus, starting smaller and growing slowly decreases the likelihood of making hasty and costly decisions that can lead to failures. Surveys also show that small business owners generally care more about the quality of their product and services than bigger companies. They believe this is the best way for them to compete with large companies that have access to more resources but are less personal.

Owners of small businesses strive to keep their customers satisfied to encourage repeat business. Small businesses can respond flexibly to problems and challenges as there is little hierarchy or chain of command. Large businesses may have set ways of operating and establish procedures that are hard to change. Small businesses are often far more flexible. They can also reach a quick decision on whether or not they can do what is required. Also, small businesses are well-positioned to introduce and develop new ideas. This is due to their owners not having to report or seek approval from anyone else. For example, when Anita Roddick set up The Body Shop, she developed a range of environment-friendly cosmetics in unsophisticated packaging. This would have been frowned upon in a conventional cosmetics company.

Due to the small scale of operation, small businesses have lower overhead costs. They operate in small premises with low heating and lighting costs, limited rent and rates to pay. Low costs result in lower prices for consumers. Small business is among the most powerful symbols of modern capitalism and its owners are frequently described as virtuous, self-reliant and independent. Starting a venture is the easy part but staying in business is the hardest task. There are many reasons for the success of small and home-based businesses but the most important can be summed up in three Ds —desire, discipline and determination.