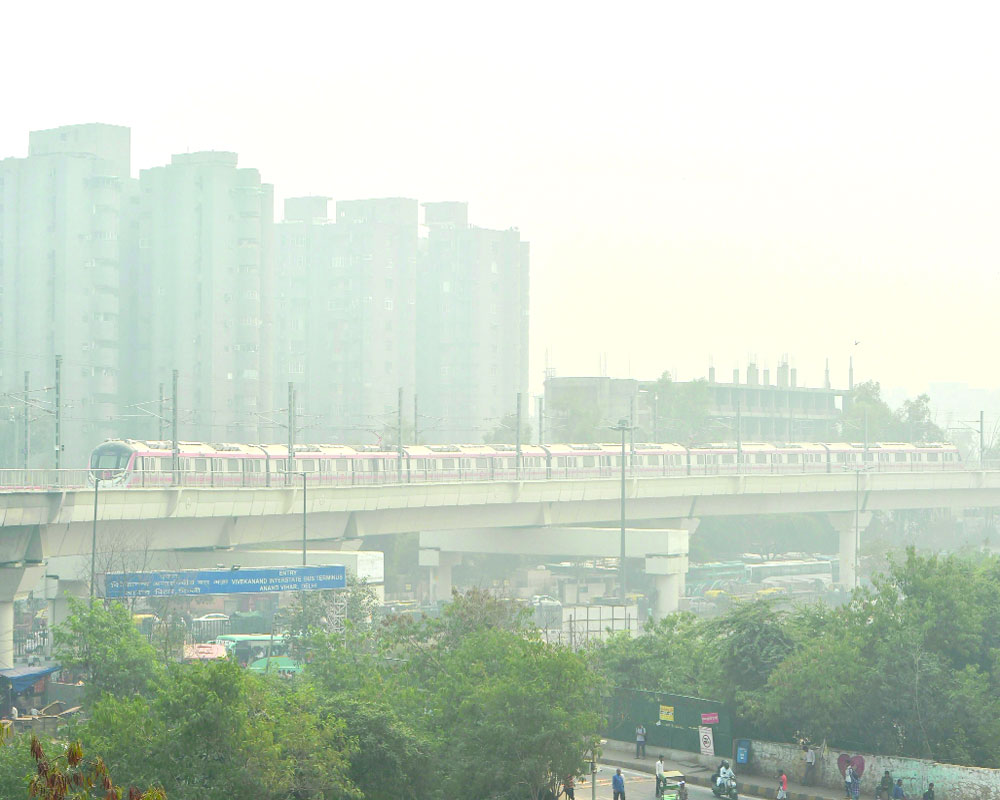 Tracks will be set up by Delhi Metro while coaches will be obtained from a private player, which will be selected through bidding process

The Ministry of Housing and Urban Affairs (MoHUA) has approved the proposal of Delhi Metro to involve private operators to run its train in the proposed metro phase IV corridors. Under the plan, the tracks will be set up by Delhi Metro while coaches will be obtained from a private player, which will be selected through a bidding process.

Also, Delhi Metro will pay the private firm to run its trains. In order to operate other essential services across all the metro stations, such as elevators, escalators and AFC (automated fare collection) gates, the DMRC has also proposed the involvement of private players. Besides, the Board of Directors of Metro also approved the proposal to procure 300 coaches for metro on lease.

Secretary (MoHUA) Durga Shankar Mishra told The Pioneer that Board of Directors of Delhi Metro has approved the proposal to involve private entities to run metro rail in the phase IV. This is the first time that Delhi Metro wants to involve private operators to run metro rail. A rift between the Central Government and the Delhi Government over funding pattern is the cause of the delays in implementation of metro phase IV corridors. Despite the Centre’s approval, the Delhi Government has not given approval of Metro phase IV corridors.

According to Mishra, the proposal was put up by Delhi Metro at the Board of Directors meeting last month. Delhi Metro requested the Delhi Government and the Union Urban Development Ministry for approval to engage private players in at least three to six suggested corridors.

“Delhi Metro also recommended a Public-private partnership (PPP) model without any further details about its functioning,” Mishra said.  Under the plan, Delhi Metro will give guarantee to private operator on ridership and operator may run train on the basis of per kilometer expenses.

The total cost of metro phase IV was estimated Rs 55,208 crore in 2016. Three corridor of phase IV has approved by the Centre and it is pending with the Delhi Government.

Sources in the MoHUA said Delhi Metro is seeking approval for two of its phases. The first one will comprise the section between Mukundpur-Maujpur, Tughlakabad-Terminal 1 section and Janakpuri (west)-RK Ashram section, while the second one will comprise the section between Rithala-Narela, Inderlok-Indraprastha section and Lajpat Nagar-Saket G-Block section. The latest Detailed Project Reports of six corridors of Metro phase IV states that the 104-km Metro Phase-IV network is expected to be completed by December 31, 2024. The proposed lines are: Mukundpur-Maujpur (12.54 km), Rithala-Narela (21.73 km), Tughlakabad-Aerocity (20.20 km), Inderlok-Indraprastha (12.58 km), Lajpat Nagar-Saket G-block (7.96 km) and Janakpuri (west)-RK Ashram (28.92 km).

The 104-kilometre network proposed in phase IV is expected to add 1.5 million passengers to the Metro daily. It will benefit residents of South Delhi, giving them the option of taking the Metro to the airport and other neighbourhoods. The project has been pending approval for nearly three years, with the files seemingly stuck with the Delhi Government. Work was to begin in 2016 and be completed by 2021.

On the procuring of coaches on lease, officials said the lease proposal is under a new public-private-partnership (PPP) model, which is being tested for the first time in the Railways sector in India.

The advantage of the lease model is that the Delhi Metro will neither be required to make an upfront capital investment, nor will it incur any maintenance costs over the entire 30-year-long life cycle of the coaches. Instead, it will pay the concessionaire for the trains leased on an hourly basis. Such models to finance and procure coaches exist in Australia, the UK and across Europe.

Mishra also stated that if underground station is built on Hazrat Nizammuddin railway station for Rapid Rail Transit System, it will add an additional cost of Rs 4,500 crore.