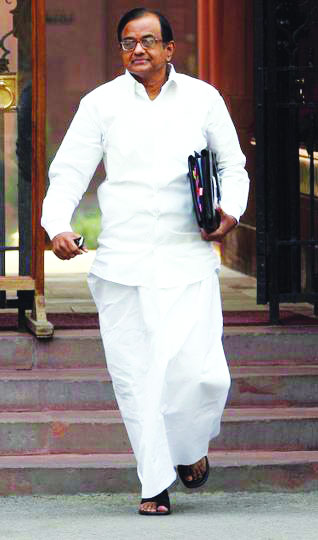 The Enforcement Directorate is expected to file chargesheet against former Finance Minister P Chidambaram in Aircel-Maxis case on Thursday.

According to sources, the term of ED chief Karnal Singh, who is to retire on Friday, may not be extended by the Government despite positive recommendation by the Finance Ministry for a six-month extension.

The new ED chief has to be selected through the CVC Empowered Committee, and since no such process has been initiated it is expected that the Government might give charge to some officers in the organisations.

Meanwhile, the Government is expected to appoint GC Murmu, Special Secretary, Revenue, as the next ED chief.

The ED chargesheeted Chidambaram’s son Karti on June 13 and attached Rs 55 crore worth properties of Karti and his firms in Delhi, Ooty, London and Spain. The CBI had chargesheeted both father and son on July 19.

In August, the ED had sought two more months from the Supreme Court for the completion of the chargesheet and also requested the trial court to grant permission for interrogation of Karti and Chidambaram.

The father and son managed to get  interim protection from the trial court against their custodial interrogation.

The SC had granted ED time till  December 12 for completion of the probe and filing of chargesheet against Chidambaram..

Meanwhile in the afternoon petitioner and BJP leader Subramanian Swamy said if any attempts to suspend the ED’s Investigating Officer Rajeshwar Singh are made he would withdraw all his petitions related to corruption cases.

“The players in the CBI massacre are about to suspend ED’s Rajeshwar so that he cannot file the chargesheet against the PC. If so I will have no reason to fight the corrupt since my govt is hell bent on protecting them. I shall then withdraw from all the corruption cases I have filed,” he tweeted.

Swamy’s tweet came on a day the Government sent the top two Central Bureau of Investigation (CBI) officers on leave to defuse the crisis triggered in the agency by their feud, with both the director and the special director accusing each other of corruption.