No blanket ban on media coverage of rapes, says SC

No blanket ban on media coverage of rapes, says SC 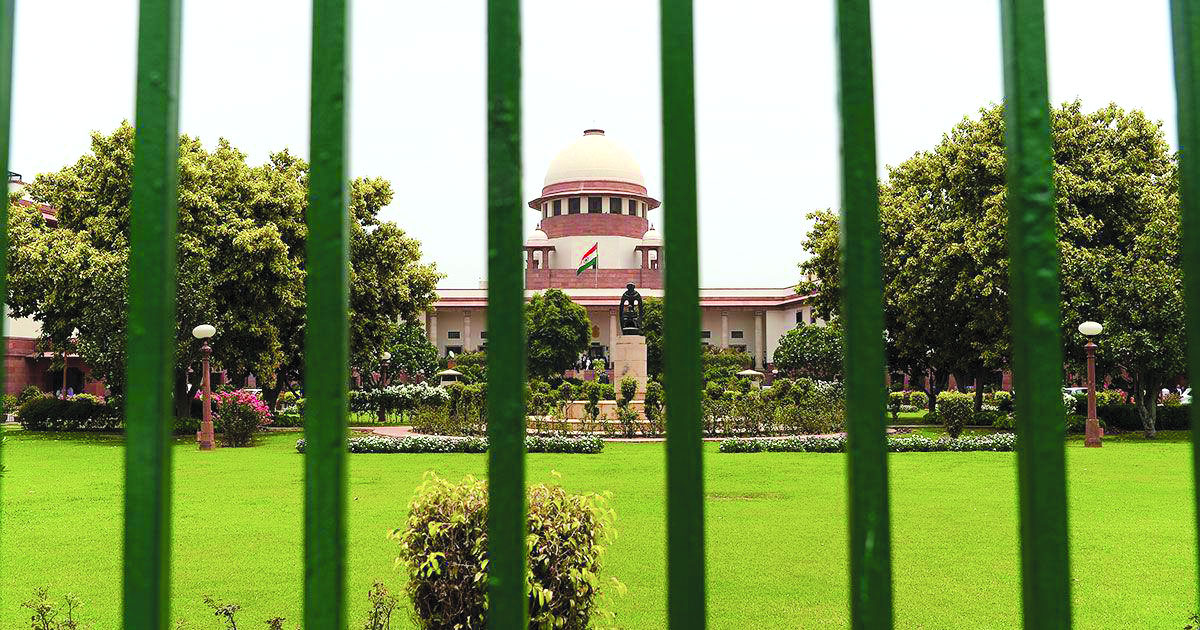 There cannot be a “blanket ban” on media reporting on cases of rape and sexual abuse but such incidents should not be sensationalised, the Supreme Court said on Thursday.

It made the observations after vacating a Patna High Court order restraining the media from reporting on the probe into the Muzaffarpur shelter home case where several women were raped and sexually abused over a period of time. The SC termed as “very disturbing” the facts emerging from CBI’s probe into the Muzaffarpur shelter home sexual abuse case and asked the Bihar Police to probe the alleged recovery of large quantity of ammunition from former Bihar Minister Manju Verma and her husband.

On media coverage of sexual assaults and their investigation, the SC asked both the print and the electronic media not to “sensationalise” incidents of sexual assaults and abuse and report such cases responsibly so as not to reveal the identity of the victim. A Bench of Justices Madan B Lokur and Deepak Gupta issued notices to Press Council of India, Editors Guild of India, News Broadcasting Standards Authority and News Broadcasters Association seeking their help in the matter.

The SC said it would need the help of these bodies on the issue of media reporting in such cases as it related to the criminal justice system and press freedom.

“In the meanwhile, the blanket order passed by the Patna High Court on August 23 with regard to media reporting (in Muzaffarpur shelter home case) is vacated,” it said.

The SC also restrained the electronic media from telecasting or showing the victims of sexual abuse and violence, even in a morphed or blurred form, saying this would be in the interest of such victims.

“We request the media not to interview the victims. The news of the event may of course be disseminated,” the bench said, adding, “we also request the electronic and print media not to sensationalise such events”.

Senior advocate Shekhar Naphade, appearing for a scribe who has challenged the Patna High Court order, argued that there were guidelines, including on journalistic ethics, and statutory provisions, but these were being violated as the media was conducting “parallel investigations” and trial.

“It appears that there is no mechanism of enforcement and implementation of statutory provisions and guidelines,” the SC observed, adding that “in the absence of any mechanism, it is possible that there could be some person, who is not involved in a case, be mistakenly made an accused by the media.”

Naphade said “media trial” of cases cannot be allowed and they should be asked to do factual reporting.

The SC observed that “there cannot be a blanket ban on media reporting. One of the aspects is how do you prevent disclosure of identity (of victims of sexual assaults). The second aspect is conclusions are drawn by the media,”

“They (media) announce a fellow guilty,” it said, adding “there cannot be media trials”.

The SC then asked Naphade “where to draw the line and how to check it?”

The senior counsel said the media cannot pronounce a person guilty and conduct parallel investigation. “It is the duty of media to report facts. Somewhere, a line has to be drawn. We have to look into it.”

Referring to section 228-A of the Indian Penal Code (IPC) which deals with disclosure of identity of such victims, Naphade said the media was taking a “circuitous route”, like interviewing the father of the victim, to do this.

He said that under section 228-A, revealing the identity is a cognisable offence and the police is bound to take action in such cases. “If they (media) do not obey this, it amounts to contempt and also abetment of offence. Police has to be alerted,” he said.

However, the SC observed, “Tell us about this. We will prepare some guidelines. We may need the assistance of Press Council of India also.”

Naphade referred to the Protection of Children from Sexual Offenses (POCSO) Act and said disclosure of a victim’s identity is a ‘non-cognisable’ offence and the apex court could direct the police chiefs of all the States to nominate an officer who could file complaints in this regard before a magistrate.

At the fag end of hearing, lawyer Aparna Bhat, assisting the court as an amicus curiae in the matter, referred to an earlier report of the Law Commission and said the same issue was dealt with in it.

Naphade also referred to the Broadcasting Services Regulation Bill, 2006 and said that it has lapsed.

He said the apex court can pass direction under Article 142 of the Constitution, which deals with enforcement of decrees and orders of the Supreme Court, as was done at the time of Visakha guidelines which dealt with the issue of sexual harassment of women at workplace.

“We cannot become Parliament,” the SC told Naphade, who said he would circulate the bill among the parties in the case.

On September 18, the apex court had referred to the recent Rewari gang rape case and asked why no action was taken against media houses for flouting the law as “everything has been said” about the 19-year-old victim.

In the Muzaffarpur case, over 30 girls were allegedly raped at the shelter home run by one Brajesh Thakur, the chief of a state-funded NGO.

The alleged sexual exploitation of the girls was first highlighted in an audit report submitted by Tata Institute of Social Sciences to the state’s social welfare department. An FIR was lodged against 11 people, including Thakur, on May 31. The probe was later taken over by the CBI.