It was an honour meeting Barack Obama: Mallika Sherawat

It was an honour meeting Barack Obama: Mallika Sherawat 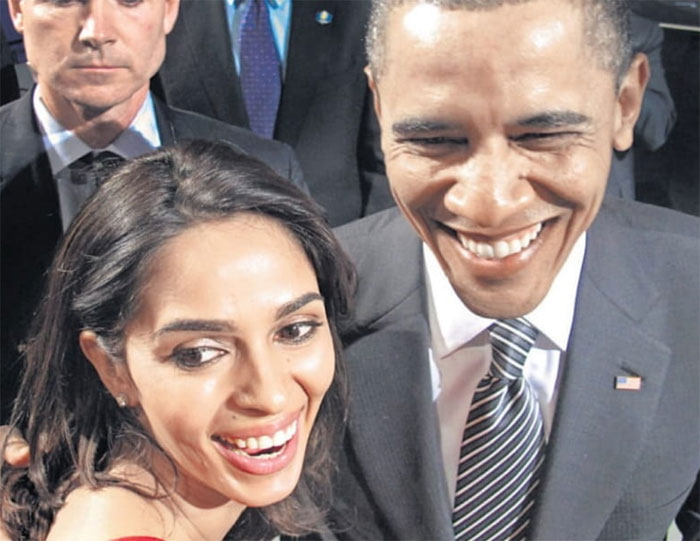 Actress Mallika Sherawat wished former US President Barack Obama a belated birthday and said it was meeting him was an honour and a privilege.

The 41-year-old actress tweeted a selfie of herself with Obama, who turned 57 on August 4. The two are all smiles for the camera.

"Belated happy birthday Barack Obama, meeting you was an honour and a privilege," she captioned the photograph.

The actress is known for her bold performances in films such as "Khwahish" and "Murder", and was last seen on screen in the 2015 film "Dirty Politics".