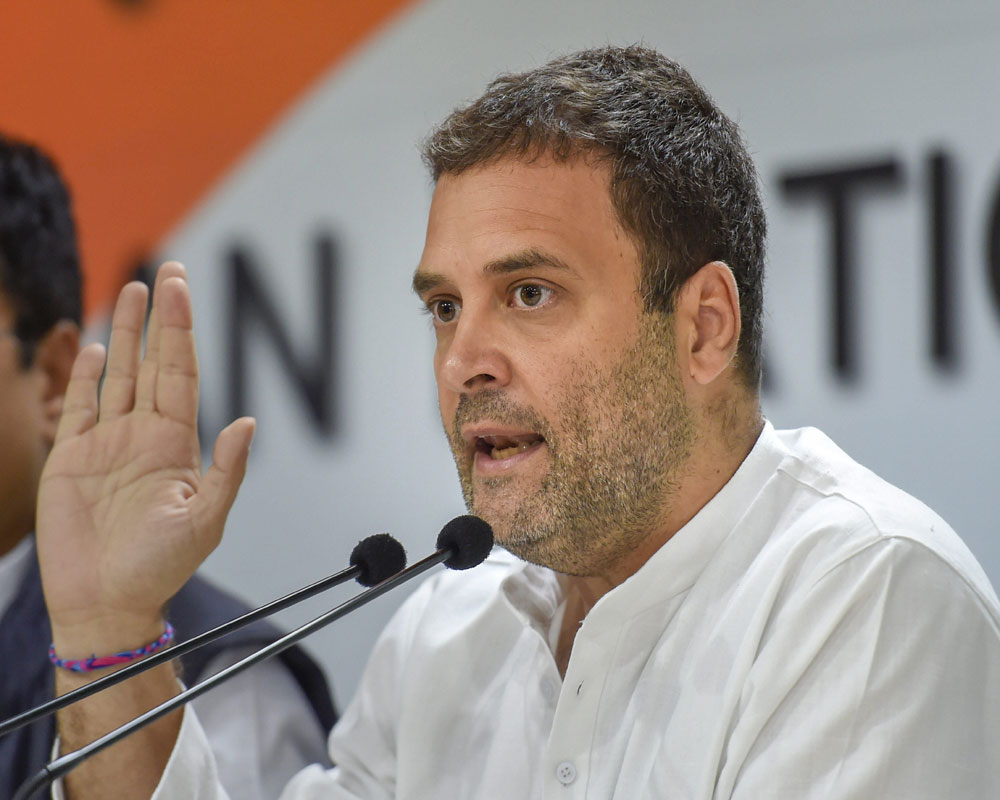 Congress chief Rahul Gandhi on Thursday alleged that demonetisation was a planned "brutal conspiracy" and a "shrewd scheme" to convert the black money of Prime Minister Narendra Modi's "suit-booted friends".

On the second anniversary of demonetisation, he also said that there was nothing innocent about this "scam" and claimed that drawing any other meaning out of it was an insult to the intelligence of the nation.

Gandhi's remarks came after former Prime Minister Manmohan Singh's scathing assessment of the demonetisation exercise. He said the "scars and wounds" it caused are getting more visible with time and the decision's second anniversary is a day to remember how "economic misadventures" can roil the nation.

Finance Minister Arun Jaitley made a strong defence, saying demonetisation resulted in formalisation of economy and increased tax base, with the government earmarking more resources for the poor and infrastructure development.

"Note ban was a premeditated brutal conspiracy. This scam was a shrewd scheme to convert the black money of Prime Minister's suit-booted friends to white. Nothing was innocent in this scam. Drawing any other meaning of it would be an insult of the intelligence of the nation," Gandhi tweeted in Hindi.