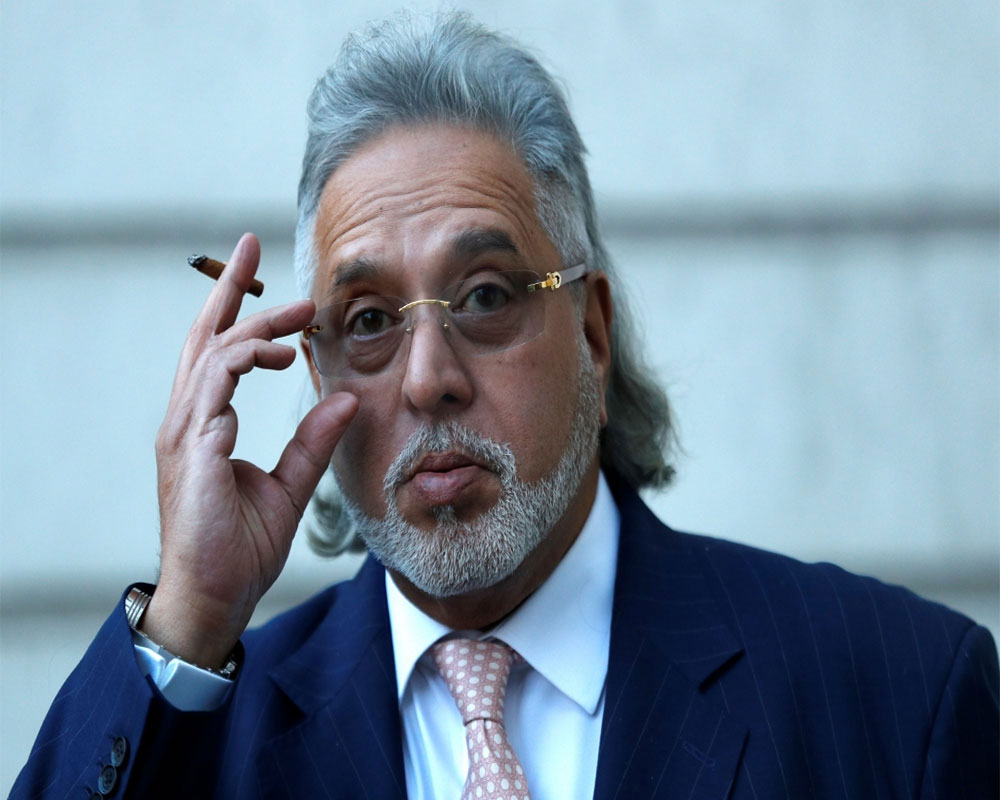 Embattled liquor tycoon Vijay Mallya's legal troubles continue to mount as he is set to face bankruptcy proceedings in the UK High Court next year, brought by a consortium of Indian banks in their attempt to recoup unpaid debt worth nearly 1.145 billion pounds.

TLT LLP, the UK-based law firm which had won a landmark case for the 13 banks led by State Bank of India (SBI) earlier this year, confirmed on Monday that their bankruptcy petition against the 62-year-old businessman has been transferred to the insolvency list in London's High Court of Justice for a hearing in the first half of 2019.

"We can confirm that we presented a bankruptcy petition against Dr Mallya on behalf of the banks on 11 September 2018," said Paul Gair, partner at TLT.

"This was issued in Dr Mallya's local court, Northampton County Court, and has now been transferred to the insolvency list in the High Court of Justice in London for the hearing. The hearing is expected to take place in the Spring," he said.

In a ruling in May, a UK High Court judge had refused to overturn a worldwide order freezing Mallya's assets and upheld an Indian court's ruling that the consortium of 13 Indian banks were entitled to recover funds amounting to nearly 1.145 billion pounds.

TLT LLP has been representing the banks in their efforts to recover their dues as part of the worldwide freezing order, with the bankruptcy petition aimed at seizing his assets to recover dues.

They have secured follow-on High Court orders to recover some of the funds owed to them as a result of unpaid loans by Mallya's now-defunct Kingfisher Airlines.

Mallya, meanwhile, remains on bail after his extradition was recently ordered by Westminster Magistrates' Court in London, an order which now awaits a sign-off by UK home secretary Sajid Javid.

Chief Magistrate, Judge Emma Arbuthnot, had ruled last week that Mallya does have a case to answer in the Indian courts over substantial "misrepresentations" of his financial dealings, in a boost to India's efforts to bring back the businessman wanted for alleged bank fraud and money laundering charges amounting to an estimated Rs 9,000 crores.

"There is clear evidence of dispersal and misapplication of the loan funds and I find a prima facie case the Dr Mallya was involved in a conspiracy to launder money," the ruling noted.

Mallya has indicated that he plans to appeal the verdict in the High Court.

"My legal team will review the judgment in detail, consider various options and then I will decide going forward. There is a process ahead," he told reporters.

He will have 14 days to file an appeal once Javid has made his decision on the extradition order, which rarely goes against the Chief Magistrate's conclusion.

In separate legal proceedings, Mallya is also set for a trial in May next year to prevent his posh London home, overlooking Regent's Park, from foreclosure by Swiss Bank UBS.