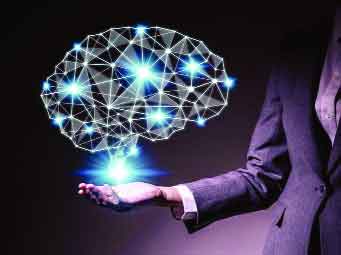 A research on emerging trends, by Dr Venkata Ratnadeep Suri and Dr Nimmy Rangaswamy, in the automation of manual work practices in IT talks about its effects on employment and how to address the issue

Since the 1990s, Indian software firms have developed expertise in outsourced back office tasks, and mid-level IT services like data entry, managing call centers, and software quality testing for foreign companies at very low prices by taking advantage of the cheaply available and technically trained local workforce. However, the rapidly improving automation technologies are allowing AI-based software to carry out routine IT support work, and repetitive back office tasks that were previously performed by human actors — the very tasks that global companies originally outsourced to India to take advantage of cheaper labour.

This emerging trend of automating manual work practices in the IT industry has generated a debate about the effects that this trend would have on employment patterns and the overall growth of the IT industry. Automation has been seen as a grave threat to the rule-based and easily automated jobs. According to a World Bank Report, about 69 per cent of jobs in India today are under threat as a result of automation. In fact, the National Association of Software and Services Companies (NASSCOM) predicted a 20-to-25 per cent reduction in jobs in the Indian IT industry over the next three years, confirming a general global trend. Technological solutions applied to streamline command-based tasks are giving a tough time to machine operators, clerks, and entry-level IT workers. This is also compounded by a significant increase in the demand for lower-skill jobs, as those with middle level-skills are likely to try move to lower-skill jobs resulting in demand for the latter outstripping its supply.

Recently, a group of researchers set out to investigate how AI-based technologies can affect one such important segment that is expected to have a significant impact of automation- the IT Software Quality Testing (QT) segment. Using ethnographic methods researchers explored the day-to-day work activities of Code Testers across several companies in Hyderabad (India), in their effort to understand the impact of automation on code testing. The study revealed several interesting facts. First, though automation does simplify the testing process, how effectively a software can detect and unearth deeply seated bugs to a large extent depended on the design of test cases-an inherent human cognitive activity.

Quality testers in the course of everyday routines of testing a product, go beyond their call of duty and care about their client's company image, market share, brand value, and customers. It seems that testers slowly and surely begin to focus on goals that their client business wants to achieve through their testing work. These might range from improving sales, focusing on conversion, funnel, lesser cost per customer acquisition, increase profitability, making customers happy by just allowing them to do what they intend to, with the software.

However, the value brought about the code testers is often undermined, and in the process, the value that a client can accrue through manual testing is often neglected or goes untapped. The collective testers’ voice calls for promoting a hybrid (human-automated) testing environment where the efficiency of automation can be creatively combined with human intelligence input to add more value to testing.

The research has also revealed that testers regularly carry out several work tasks in their daily routines that draw upon their business process expertise, critical thinking, tactics, knowledge and experiences. This also dispels the notion that QT is merely a routine or repetitive task-based activity.

To address employability issues in the testing sector, companies must also broaden their training framework and inculcate skills centered around context analysis, customer-facing interaction, tacit knowledge, critical thinking and means to combine these skills in testing contexts. This allows the testers to add more value to the customers and foregrounds the value that combining AI-based automation with human testing brings to the table.