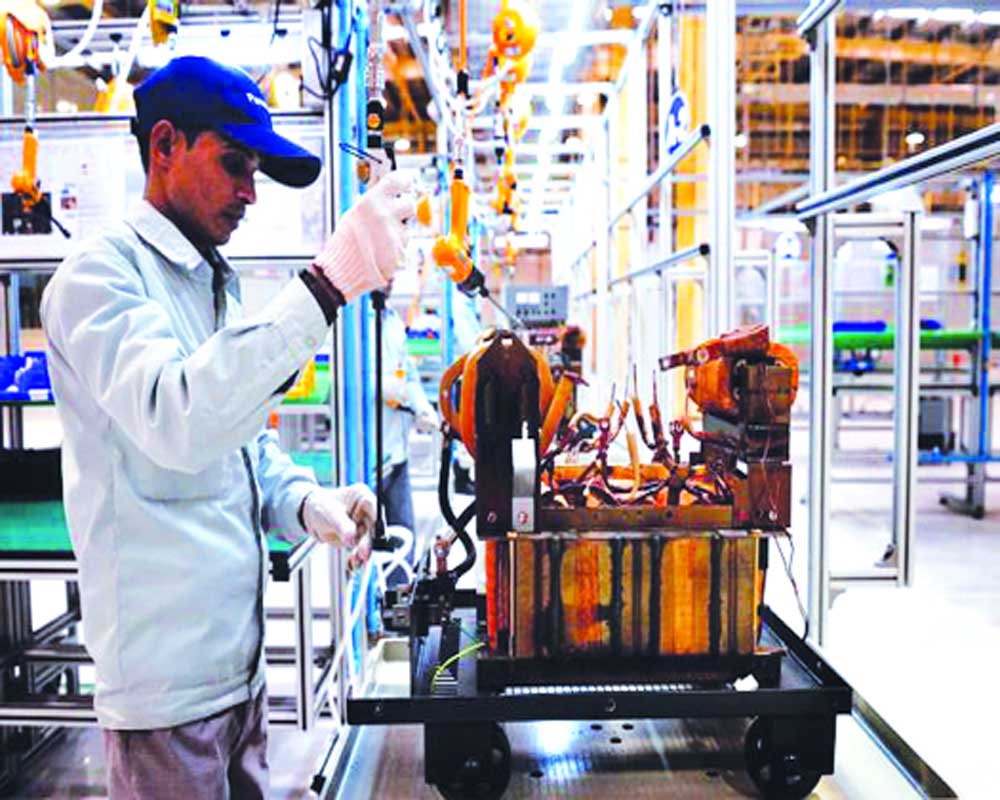 For the revival of economic growth, our monetary bosses need to take a good look at what's happening all over the world and bring down our real rates to a comparable level

It is no secret that India’s economy has seen weak growth and that this slowdown started from the second quarter of the previous financial year. There are reasons behind this slump and one of them is to do with the Reserve Bank of India’s (RBI) Monetary Policy Committee (MPC). Recently, the MPC reduced the repo rates by 35-odd basis points. RBI Governor Shaktikanta Das was of the view that cutting the repo rate by 25 basis points would be “inadequate” while a 50 bps cut would be “excessive”, therefore, they settled for 35. But the present cut isn’t impressive to me and neither will it impress anyone. In economics 101 nominal variables do not matter and, therefore, we adjust them according to inflation. This is precisely why we talk about real Gross Domestic Product (GDP), real investments and, of course, real interest rates.

So, with this 35-basis point cut, India’s real repo rate stands at 2.22 per cent this month. This, at a time when real interest rates across the world are between zero and one while in select countries, they’re even negative. Having such a high rate of real interest only increases cost of capital and, thus, makes Indian firms less competitive. One does not need need a PhD in economics to know that low real interest rates are important for sustaining economic growth. Moreover, we’re far more globally integrated today than ever before and, therefore, we need to look at the happenings across the globe and formulate our policies, including the monetary policy, accordingly.

At a time when we are towards the end of a banking crisis as we struggle with credit-offtake, high policy rates are only going to prolong the recovery. An immediate reduction in cost of capital is only going to benefit the economy as corporate India is looking for ways to deleverage. Perhaps, lower real interest rates, combined with the Insolvency and Bankruptcy Code, may have accelerated the process of NPA resolution or even if it did not, there was no downside in having lower rates. Yet, the MPC has erred in terms of taking a comprehensive view of our economy and it seems to be taking policy decisions in isolation even as it ignores the happenings in the real economy.

While low interest rates may not automatically kickstart growth and bring investments but they are a necessary condition for growth (and not a sufficient condition). Therefore, the effectiveness of any policy instrument used by the Government to kickstart the economy would depend on the cost of capital. India’s own experience shows that GDP and industrial growth have both taken off after a period of low real interest rates.

It is interesting to note that the MPC has cut interest rates by 110 basis points since January this year — three cuts of 25 basis points each followed by the recent 35 basis points. Despite these cuts, real interest rates have gone up. Comparing the period between May and December 2018, with the period since January 2019, one will find that the average real repo rate went up from 2.8 per cent to 3.3 per cent. This despite the 110 basis points cut should alarm those responsible for shaping the monetary policy and must ring alarm bells for the RBI.

A reason behind the increase in average real repo rates is lower inflation this year compared to the previous year. Governor Das himself mentioned that inflation is likely to remain benign till the third quarter of financial year 2019-20 and may breach the four per cent mark in the fourth quarter. So, there was some room for a more aggressive rate cut. The fact that inflation has dropped faster than the repo rates suggests that we are way too slow in terms of cutting interest rates.

Since 2016, inflation has largely circled around four per cent as mandated in the monetary policy framework; yet the repo rates were not reduced and this is a major reason why India’s cost of capital is one of the highest in the world. Perhaps, the MPC did not observe that just as the real interest rates shot up in 2018, growth started to falter from the second quarter onwards. Therefore, it is important to start questioning those responsible for the monetary policy to explain the reasons behind their reluctance to bring down the real interest rates to a level that’s comparable to the global standard.

It is a separate issue that these rate cuts are not being reflected in the EMIs and that’s because banks are reluctant to cut their deposit rates and subsequently lending rates. This reluctance comes due to the Government’s extensive small savings schemes that provides much higher interest rates on deposits. Therefore, to compete, banks have to offer comparable deposit rates, which hinders the process of monetary transmission.

But there is a larger issue with the monetary policy and the decisions taken by the MPC, which needs to be addressed adequately. There is absolutely no justification for high real interest rates at a time when there’s a slowdown in growth along with the NBFC crisis.

The question is more about MPC’s accountability rather than of the central bank’s independence. While the RBI is independent, just as the MPC is, these institutions must be held accountable. Even in the US, Fed’s chairman frequently answers and addresses all questions that their lawmakers have regarding the state of the economy. Therefore, it would be prudent for us to evaluate a similar mechanism whereby the MPC is asked to testify, explain and defend its decisions in front of a parliamentary committee. Doing so will strengthen the institution of the MPC and facilitate greater insights into its understanding.

Make no mistakes, our growth has slowed, and India continues to have one of the highest real interest rates in the world. 110 was too little, we may well need another 100-basis point cut soon to move towards a realistic level of real interest rates. Therefore, a major share of responsibility of economic revival is now on the monetary bosses. Let’s hope that finally, they rise to the occasion and take a good look at our real rates along with what’s happening across the globe.