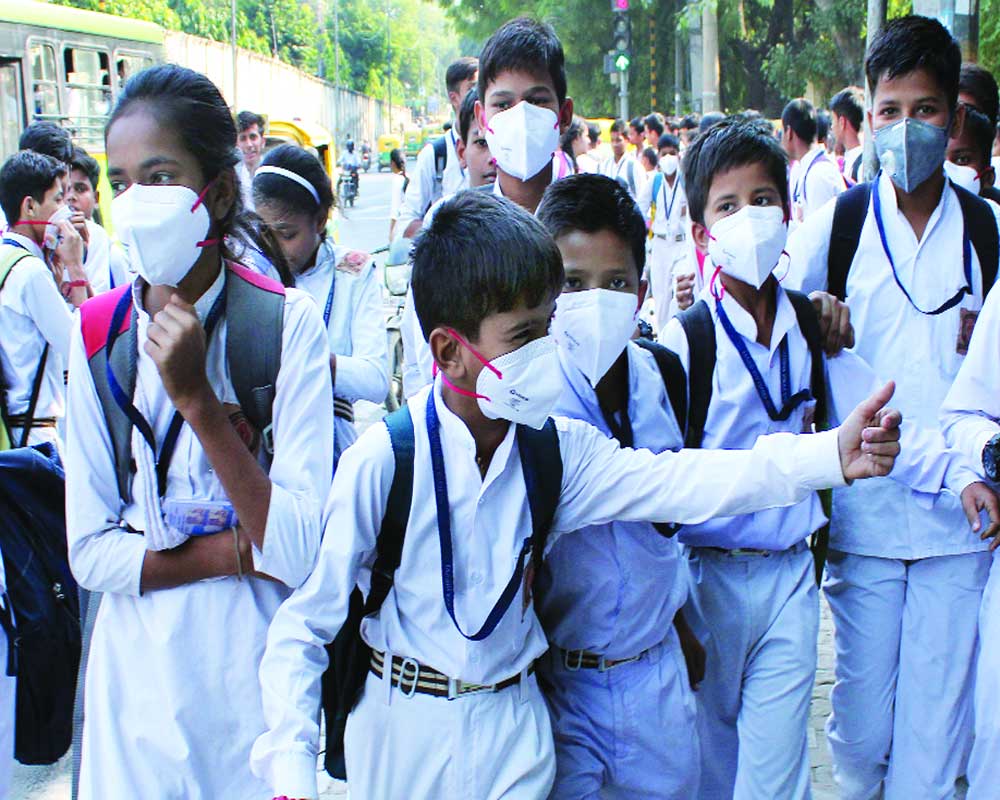 Authorities were aware of the impending environmental hazard but instead of a well thought out long-term strategy to tackle air pollution, our approach appears to be a classic case of ad-hocism

Back  home,  even  though the  National  Green  Tribunal (NGT),  in  the  case  of  Ganga  Lalwani  vs  Union of India (2015), had  made  burning  of  crop  stubble  a  penal  offence and additionally, formulated a  National  Policy  for  Management  of  Crop  Residue, the  result  of  the  enforcement  effort  has  been  rather  half-hearted  and  its  dismal  and disastrous results  are  being  experienced  by  all  of  us in the form of a health emergency being declared in the Delhi-National Capital Region (NCR). According to medical experts, air pollution in Delhi-NCR is no longer just a health risk, it has become a hazard. Everyone in Delhi, particularly asthma patients, infants, children and the elderly are affected by this pollution. It doesn’t matter whether a person is a smoker or not, the toxic air people are breathing in is equivalent to smoking 15 to 20 cigarettes a day.

Except  for  the  States  of  Odisha ,  Andhra  Pradesh and  Tamil Nadu,  where  some  seriousness  has  been  shown in combatting air pollution,   the  enforcement  of  the  NGT’s  orders  and  follow-up  on  the  policy  in  some  of  the  other  States,  particularly  in  Punjab  and to some extent  in  Haryana, has  been  very  poor.

On  the  other  hand, as  is  well  known,  the  two-stroke  two-wheelers  and  three-wheelers  emit  a far  more  hazardous  mixture  of   hydrocarbons  and  nitrogen  oxides,  some  of  which  like  benzene  are  known  to  be  carcinogenic,  but  their  numbers  continue  to  increase.

In  respect  of  automobile emissions, complete  combustion  within  the  engine  is  essential  to  reduce  the  extent  of  pollutants.  The  four-stroke  engine  is  cleaner  because  it  burns  pure  petrol;  the  two-stroke  engine,  on  the  other  hand,  burns  a  combination  of  lubricating  oil  and  petrol  and  a  fair  amount  of  the  oil  is  emitted  as  unburnt  vapour.

Some  94  per cent  of  the  two-and  three-wheelers  in  India  are  powered  by  two-stroke  engines  that  are  simple  and  compact  in  design,  cheap  and  easy  to  maintain.  But  the conventionally-designed  two-stroke  engines  produce  high  levels  of  hydrocarbons  in  exhaust  emissions — 5,500  parts  per  million (ppm),  compared  to  850 ppm  from  four-stroke  engines.  According  to  a  research  at  the Indian  Institute  of  Petroleum  at  Dehradun,  four-stroke  engine-powered  motor  cycles  have  been  observed  to  emit  just  one-sixth  to  one-tenth  of  the  hydrocarbons  emitted  by  two-stroke  engines.  In  addition,  their  fuel  economy  is  better  by  20  to  50  per cent.  However,  manufacturers  prefer  two-stroke  engines  because  they  are  more  powerful  and  have  greater  pick-up. In  the  long  run, electricity-powered  two-wheelers  could  be  a  suitable  alternative. The  latest  figures  available  for  usage  of  public  transport  in  Delhi  indicate  that  the Delhi Transport Corporation (DTC)  and  Delhi  Metro  carry  just  12  and  10 per cent  respectively  of  the  entire  commuter  traffic.

This  is  an  extremely  low  proportion  and  obviously  leading  to  a  much  greater  usage  of  highly  polluting  two-wheelers.  Obviously,  we  have  to  create  conditions  for  encouraging  greater  ridership  on  public  transport.  At  the  same  time  we  must  ensure  a larger  number  of  Compressed Natural Gas (CNG)  fuel  stations  so  as  to  reduce  the  waiting  time, since  mostly  these  cater  to  public  transport  vehicles  or  taxis.

Further,  the  Centre  has  been  asked  to  call  environmental  experts  including  those  from  the  Indian Institutes of Technology  so  that  their  views   on  the  current  situation  could  be  taken  into  account  for  suitable  directives. It  can  thus  be  easily  observed  that  a  rational  public  policy  based  on  scientific  inputs  needs  to  be  operationalised  while  ensuring  its  stringent  implementation  and  monitoring.