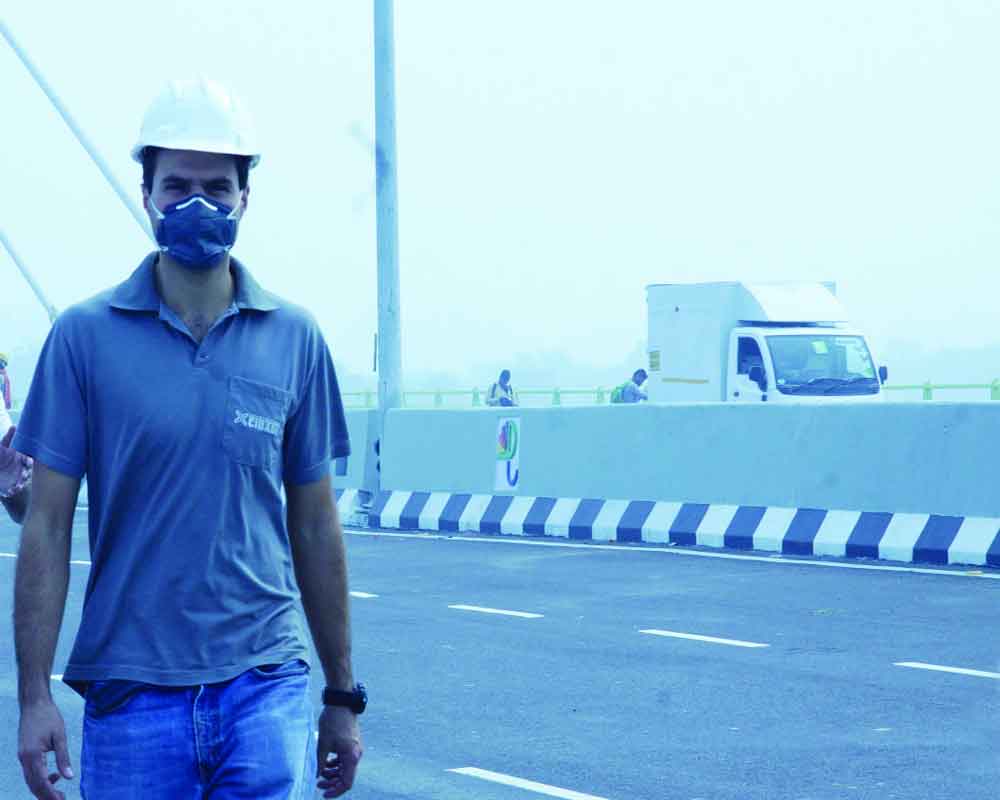 Diseases caused by air pollution were responsible for an estimated nine million premature deaths worldwide in 2015, almost 16 per cent of all mortalities worldwide

Air pollution is all around us, killing us slowly but surely. Because it is an invisible killer, (till it doesn’t form a toxic smog that hangs low in the air during the winter months) it often goes unnoticed. However, in ignoring the problem, we are letting ourselves become victims of it. Today, air pollution kills more people than poor diet, smoking, lack of physical fitness and high blood pressure do, put together. It is an ongoing public health emergency in India, claiming one in every eight lives. Larger portions of India’s economy are being lost to health issues, reduced agricultural yields and damage to biodiversity and ecosystems caused by air pollution. Delhi’s air pollution has been making international headlines and while India endeavours to become a global super power, the state of air pollution in the national Capital is ticking all the wrong boxes for global tourists, investors and the international perception towards India.

When one looks at the various causes of deaths, a worrisome fact emerges. According to a health commission report (2017) published by Lancet, diseases caused by air pollution were responsible for an estimated nine million premature deaths worldwide in 2015. This was almost 16 per cent of all mortalities worldwide; three times as many deaths as by AIDS, tuberculosis and malaria combined; and 15 times more fatalities than caused by wars and other forms of violence. It is estimated that there could be a 30 per cent increase in air pollution-related deaths in India by 2021 if particulate matter levels in the air do not come down from the present hazardous levels. Continued exposure to polluted air is causing diminished lung function and acute and chronic respiratory symptoms like cough, wheezing and asthma in children.

The occurrence of these symptoms is more in areas with higher levels of pollution. Furthermore, air pollution caused by seasonal occurrences such as stubble burning by farmers soon after harvest of the rice crops in October-November and fireworks used during Diwali, triggers diseases during those periods.

The national Capital, for instance, observes episodic pollution events during the post-monsoon season (roughly from October 26 to November 15), due to open burning of paddy residue in the three neighboring States of Punjab, Haryana and Uttar Pradesh (UP).

The problem is exacerbated by the burning of firecrackers during the festivals of Dussehra and Diwali. This year the very next day of Dussehra, PM10 concentration went up to 191           ug/m3, which was a 50 per cent increase from the previous day’s concentration. In fact, Delhi has earned the dubious distinction of becoming the most polluted major city in the world with an Air Quality Index (AQI) of 527 on November 15, as per data by Air Visual on the World AQI rankings. Delhi’s air quality broke all records on November 5, when it was in the hazardous range for nine consecutive days, making this the longest spell of hazardous air quality since public records began.

Six of the top 10 cities fall in the Indian sub-continent, Delhi, Lahore, Karachi, Kolkata, Mumbai and Kathmandu. So within Asia, air pollution is concentrated in South Asia. Three Indian cities are on the list, Delhi, Kolkata and Mumbai. So air pollution is not necessarily a problem specific to northern India although Delhi’s pollution is double that of Kolkata.

According to a study conducted by TERI in 2016, about 36 per cent of the PM2.5 pollution in Delhi during winter was contributed by local sources, while the rest was owing to trans-boundary pollutants. Even though the Government is making efforts to reduce emissions within Delhi, it won’t change pollution levels by much, because the air quality deterioration during this time has less to do with Delhi’s local pollution and it is more about meteorological conditions. Stable wind conditions prevent the pollutants from dissipating, while the shallow planetary boundary layer (PBL) traps the emissions, increasing its concentration. The low PBL height is owing to the prevailing low temperature, which results in temperature inversion at a lower height. These meteorological conditions remain largely unchanged from October to January.

A research report published by the International Journal of Epidemiology estimates that the economic and health cost of air deterioration caused by stubble burning in India is around $30 billion per year. It further suggested that people, who live in areas where residue burning is intense, are associated with three times higher risk of acute respiratory infection. Children are most susceptible to health effects of crop burning. Many proposals have been formulated by environmentalists and Government officials to curb the practice and to promote the usage of alternative sustainable management methods for paddy straw. These include the use of Section 144 of the Criminal Procedure Code (CrPC) to ban burning of paddy; The Air Prevention and Control of Pollution Act, 1981; The Environment Protection Act, 1986; The National Tribunal Act, 1995 and The National Environment Appellate Authority Act, 1997. Stringent directions have been given by the National Green Tribunal (NGT) to limit crop-residue burning in the States of Rajasthan, UP, Haryana and Punjab.

Despite all researches pointing to stubble burning as the major contributor to Delhi’s rising pollution levels, not much has been done about it on-ground, because biomass burning is an issue of public concern. The NGT banned residue-burning in 2015 but it is still widely practised due to weak enforcement of the order, political economy issues and lack of viable alternatives among poor farmers. The best alternative would be to use the crop residue on-site, without any need of transportation, logistics and storage, such that there is sustainable use for the end-product in the agricultural field itself. According to a research on stubble burning in India, published in 2018 in the International Journal of Environmental Research and Public Health, there are two practices that farmers can adopt — composting and biochar production.

Composting is not a new concept in India, but doing it with residue has its advantages. Composting with organic waste doesn’t have a secure market but compost made with crop residue can be fed into one’s own field to increase soil productivity and agricultural yield. In India, the practice of biochar production is not widely prevalent but if crop residue is used to make biochar, it can secure a market that will help farmers economically as well as the water treatment and construction sectors and the food and cosmetics industry.

The issue of residue burning is at present far from reaching a successful resolution. The interventions undertaken so far, while significant, have been limited in their impact despite the efforts and time that have been invested in them. It is time to think out of the box and tackle the problem head-on.

The stakeholders — implementing authorities, citizen groups, industry representatives, scientists, researchers, non-government organisations and others — must come together and chalk out a better plan to address the issue, in the short-term and the long-term, and provide the citizens of India the pollution free air that they are entitled to.