Answer to power woes blowing in the wind?

Answer to power woes blowing in the wind? 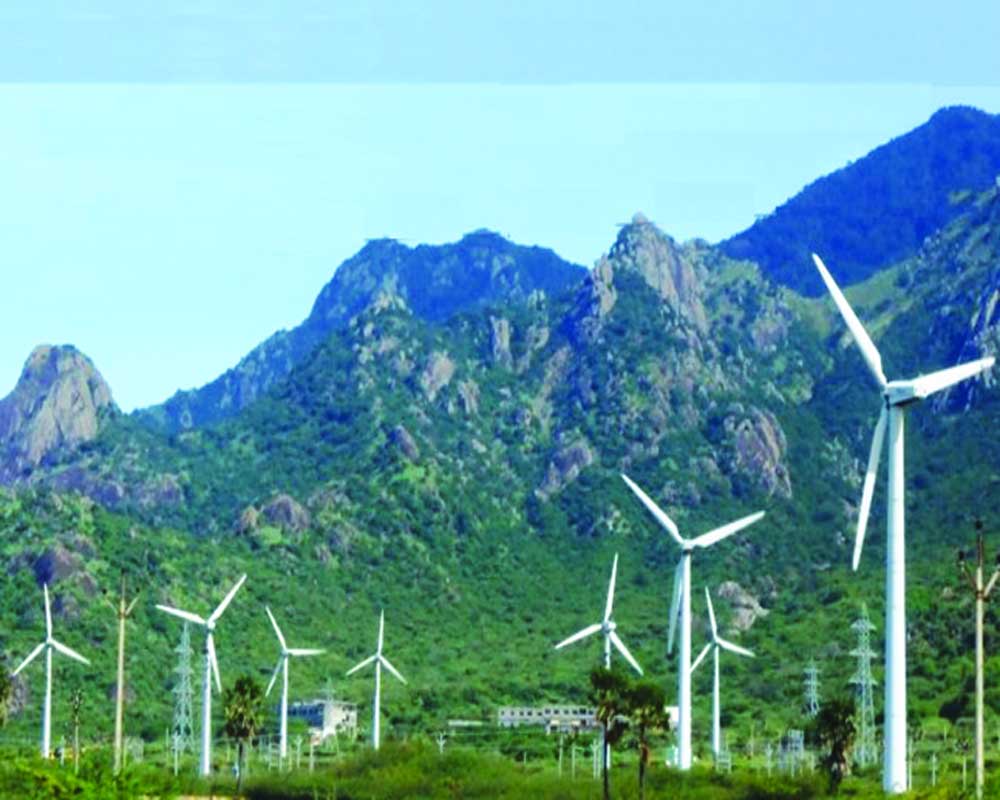 The speed at which India is progressing on its wind energy agenda is not encouraging, whereas the targets the country has set itself are very ambitious. Why is there such a major disconnect between plan and action?

Many environmental sceptics will write off wind energy as a resource that has literally gone with the wind and rightly so, as India still has a long way to go before it can say that wind power has come to play a pivotal role in becoming the alternate source to fossil fuels.

Having said this, wind energy obviously cannot be written off as it has tremendous potential that is just waiting to be tapped. The specific circumstances in India are not able to create an enabling environment for the full-fledged harnessing of this amazing pollution-free sustainable and renewable power resource.

The speed at which India is progressing on its wind energy agenda is not encouraging whereas the targets the country has set itself are very ambitious.

Why is there such a major disconnect between plan and action? Is it due to the lack of a cohesive vision?

For instance, India has set an ambitious target of achieving 175 gigawatt (GW) renewable energy capacity by 2022. As per the Ministry of New and Renewable Energy’s figures, at the end of 2018, India had an installed capacity of 35 GW. Hence, the jump from 35 GW to 175 GW by 2022 sure looks ambitious and maybe a tad unachievable, not because the target is high but because there is an absence of aggressive policy-backed implementation efforts and initiatives to achieve the same.

The world is witnessing a major shift from fossil fuels to renewable energy, mainly due to the rising awareness regarding their ill-effects. Thanks to this awakening, the cost of renewable energy infrastructure is coming down rapidly elsewhere in the world, but in India this fall in installation rates is not translating into renewed enthusiasm for wind energy and this is concerning.  The full potential of wind energy, if and when harnessed, has the ability to mitigate climate change and pollution together. In our renewable energy sector, the emphasis on grand plans and commitments is given primary importance, whereas time-bound execution of projects is sorely missing. Yet another pressing factor is going to make reliance on renewable energy compulsory sooner than later. According to a study by the Indian Statistical Institute, the projected domestic social cost of coal-based power generation will be too high by 2024-25. This will necessitate reduction in building of new coal-based power plants and render the operations of the existing ones unviable. At a time such as this, a fully-developed portfolio of renewable energy options will be able to shoulder the burden of India’s energy demand. However, this portfolio, with a robust GW capacity cannot happen overnight and needs a sufficient run up, which is not happening in the country today.

Senior environmentalists and policymakers must understand that though time is short, it is also ripe for harnessing wind energy. This is because the technology is available and energy storage is improving exponentially as a lot of innovation is taking place. Hence, it will be much more easy to adopt wind energy today than ever before.

Wind energy cannot be seen as a back-up resource or a plan B. Renewable power sources, especially the trio of solar, wind and hydro power are going to be the mainstay of the future energy sector of the country. To make this happen India must invest appropriately also.

According to the estimates of the US-based Institute for Energy Economics and Financial Analysis (IEEFA), the country will require $500 to $700 billion in renewable energy and supporting grid investment over the coming decade in order to meet its renewable energy targets. Some immediate steps can go a long way to counter the wind energy generation slowdown.

India must first, bring policy consensus and ensure that implementation and execution remain the strong points of its policy. Also, a monthly monitoring of the hurdles being faced by the renewable energy sector will help in smooth scaling up of the wind energy portfolio.

In addition to this, the authorities may want to prepare a compelling mix of wind and solar energy generation options for small and medium investors as this will raise awareness and present a major business opportunity too. The proper and viable storage of  energy is an ongoing issue, which needs to be taken care of as well.

Wind energy has a potential that is still waiting to be tapped and India can easily sail through any future energy crisis only if it has got the wind in its sails.

(The writer is an environmental journalist.)