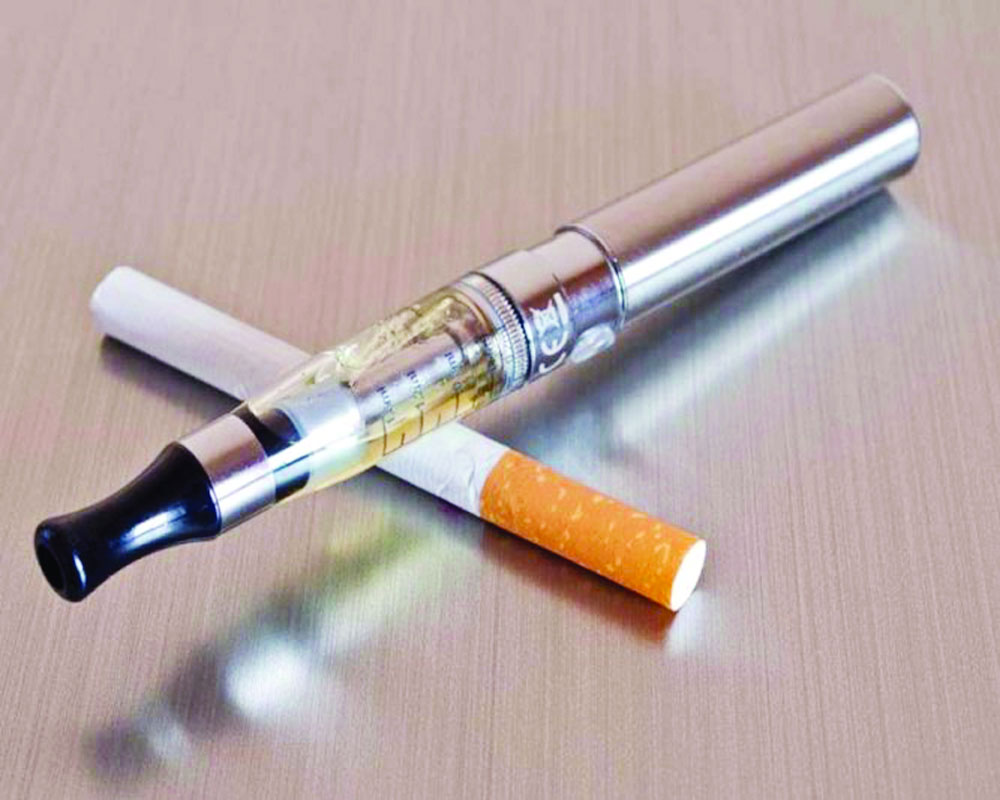 It is ironic for e-cigarettes and harm reduction products to be banned while legal sales of tobacco cigarettes continue. The alternative can impact public health positively

India has a major problem with tobacco. It is the second largest consumer of tobacco with over one in 10 of the world’s smokers and incurs a staggering economic burden of approximately $26 billion per annum. As per a report by the Ministry of Health & Family Welfare, the total economic costs attributable to tobacco usage related diseases in India, in the year 2011 for people aged between 35-69, was  Rs 1,04,500 crore (around $22.4 billion). The  tobacco epidemic has indeed reached alarming levels. As per latest estimates, there are nearly  106 million people in India who smoke tobacco and 32 million who smoke as well as chew it. There are a total of 270 million people who use it. India is home to roughly 11.2 per cent of the smokers in the world and  1.35 million people in the country die every  year due to tobacco-related illnesses.

Yet despite harm reduction alternatives being available to smokers, these are yet to be effectively incorporated into tobacco control policies to complement traditional measures such as taxation and graphic warnings on cigarette packaging. The fact that the Ministry of Health and Family Welfare issued an advisory to ban the manufacture, distribution and sale of e-cigarettes, instead of regulating the category to potentially lower smoking rates and improve public health outcomes is a worrying development that ought to be reconsidered.

Countless studies have shown that Electronic Nicotine Delivery Systems (ENDS), such as e-cigarettes and vaping devices, pose only a small fraction of the risks of smoking; they crucially remove combustion from the process. Research by globally renowned public health organisations such as Public Health England, The Royal College of Physicians, American Cancer Society and National Academy of Sciences, Medicine and Engineering publicly acknowledged the lower harm potential of e-cigarettes. Further, these are supported by the Heart Care Foundation of India, which has prepared a consensus statement on tobacco harm that was signed by leading medical practitioners in India.

Recently, Dr RN Sharan conducted an independent review of 299 peer reviewed articles, which demonstrated that toxic chemicals such as class 1 carcinogens, respiratory toxins and carcinogenic metal ions were found to be present in significantly higher quantities in conventional cigarette compared to ENDS vapour. For instance, Cadmium, a heavy metal which is a class 1 carcinogen, a respiratory toxin and a reproductive and developmental toxicant, was found to be approximately 1,400 times higher in cigarette smoke than in e-cigarette vapour.  Similarly, lead and chromium, which are class 2b probable carcinogens, were 12 and 13 times more common in cigarette smoke than in e-cigarette vapour respectively. Other carcinogens such as polycyclic aromatic hydrocarbons  that are abundant in tobacco cigarette smoke, are completely absent from e-cigarette vapour.

The problem facing vaping is the myths that are spread by vested interests. Tobacco harm reduction is a scientific field and must be debated on the basis of rigorous scientific evidence.  A lot of the stories being circulated are simply wrong and constitute misinformation, stemming from a time when there was inadequate research on this category. There is also a general failure to differentiate between e-cigarettes and combustible tobacco cigarettes. As a result, the same restrictions are often placed on both. There is also an attempt to classify e-cigarettes as tobacco products due to nicotine being extracted from tobacco. This decision is unreasonable and has no scientific basis.

Tobacco harm reduction is based on the absence of combustion, which is a process that creates almost all of the toxins that a smoker inhales, resulting in high risk for disease and death. E-cigarettes have no combustion and do not contain tobacco. Available scientific evidence provides that e-cigarettes are by far less harmful than smoking. In fact, they fit perfectly to the definition of tobacco harm reduction. As I spoke earlier in 2014, “It makes no more sense to argue that nicotine-containing e-cigarettes are tobacco products than to argue that biodiesel is a vegetable product because it is derived from plants.”

Recent well-publicised research, associating vaping with increased risk for cardiovascular disease, failed to prove either an increased risk or that any such risk even exists. Studies provide no information on whether e-cigarette use was initiated before (and how long before) or after the development of the disease.

We analysed the data from the National Health Interview Survey of 2016 and 2017 using the same methodology as this study. In this case, we examined the association between ever using medications to lower cholesterol and having a heart attack. We found that ever use of anti-cholesterol medications was associated with 115 per cent higher odds (more than double the odds) of having had a heart attack. And that was on top of having hypercholesterolemia and adjusted for all other risk factors for heart attack. Should we claim that “ever taking prescribed medicine to lower cholesterol, adjusted for having hypercholesterolemia as well as other risk factors, is associated with increased risk of heart attack?” Of course not. That would be absurd.

The mistakes made by the researchers in interpreting the data are unacceptable. They know that the statements about increased risk are wrong and yet they made them to great fanfare. This poses an obvious question of why they made such claims. Predisposition and dogmatism should never drive methodology and interpretation of scientific research.

Another myth associated with ENDS is that they are a gateway to combustible cigarettes. Even if ENDS have a correlation to subsequent smoking, which has not been proven to be the case, its contribution to smoking prevalence is minimal. At the same time, ENDS are by far more appealing to smokers, making them a perfect tool to distract them from tobacco cigarettes. We should not forget that all these years, ENDS usage was allegedly increasing among youth, predominantly among them experimented with e-cigarettes, and the smoking prevalence has substantially declined. In the US, for example, during the period that ENDS became popular (2011-2017), smoking prevalence among youth decreased by more than 50 per cent.

Fake news has become a defining narrative of this generation. The misconceptions around ENDS are discouraging and preventing smokers from switching to a substantially less harmful alternative. Education is the key. With it, harm reduction efforts can succeed and will create a more open-minded approach needed to motivate users to move away from combustible cigarettes. ENDS provide a substantially less harmful, yet still satisfying, alternative to millions of smokers who have been unable or unwilling to quit smoking. Banning them is equivalent to the Government hammering a nail in the coffin of Indian smokers. It also violates a basic human right, people’s access to reliable and balanced information and to tools needed to improve their health. It is ironic for e-cigarettes and harm reduction products to be banned while legal sales of tobacco cigarettes and other harmful tobacco products continues.

(The writer is a research fellow, Onassis Cardiac Surgery Center and at the Department of Pharmacy, University of Patras, Greece)