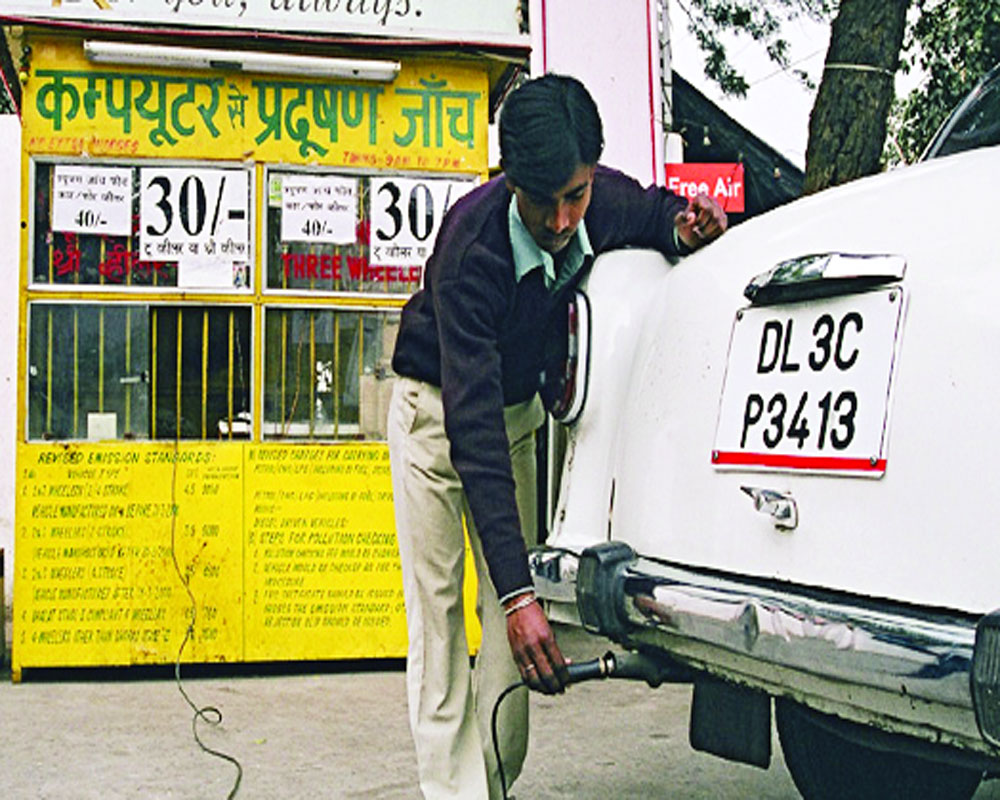 The new Bharat Stage-VI norms will drastically reduce vehicular emissions, particularly for diesel cars, but India has to start adapting new drivetrain technologies for itself

Over the past few weeks, the surprise announcement by Maruti Suzuki, the country’s largest carmaker, that it would be withdrawing from the diesel segment after the new Bharat Stage-VI (BS-VI) norms come into force on April 1 next year, has the entire automotive industry in India aflutter. But Maruti Suzuki chairman RC Bhargava, had a point: Small diesel-engined cars will, for the large part, become unaffordable once these new norms come into force.

There are a couple of reasons behind this. The first and one, which should not be ignored, is the accelerated timeline the Government introduced for BS-VI emission norms three years ago, following a particularly polluted winter in the capital. In doing so, India was to skip Bharat Stage-V (BS-V) emission norms and move directly to the next level. Those of us, who understand how carmakers plan their future, know that it takes year, often a decade, to develop new cars and engines, particularly in modern times when emissions, fuel-economy and safety are paramount. Skipping a generation meant that carmakers scrambled to develop BS-VI  engines instead of BS-V ones and this sudden shift meant that the engineering work did not just double but increased by several multiples. And crucially so did costs.

What is the second factor? Today, a diesel engine variant of a small car or sedan in India costs around Rs 1 lakh to Rs 1.5 lakh more than a similarly-specified petrol model. Yes, diesel engines are a bit more complex because of the way they operate. Advanced technologies, such as high-pressure injection and variable-geometry turbochargers, have made even a small one capable of producing huge amounts of power. Surprisingly, that too,  without much of the lag that diesels from the early 2000s had. Volvo sells cars equipped with a two-litre turbo-diesel engine that produces 235 horsepower, which frankly is incredible and would have been considered impossible on a standard road car by engineers a few short years ago.

But these technologies that make diesel so appealing are expensive and do not take away from the fact that the fuel still emits some rather nasty compounds when it is burnt. Hazardous compounds like benzene, nitrous oxides, sulphuric oxides as well as much more particulate matter. Diesel after all is a heavier hydrocarbon compound and it has far more impurities than petrol. In addition, to making diesel burn more efficiently, sulphur is still added to it. But under BS-VI norms, impurities have to be reined in. For one, crude refineries will have to produce diesel with far lower sulphur content but carmakers will have to build and develop systems that capture much of the emissions. And those capture systems, even though they might on the face of it appear simplistic, drive up the cost. This has been noticed in Europe when Euro-VI emission norms, which are broadly similar to Indian norms, have come into play.

So to make a BS-VI compliant small diesel car is not only expensive but costs a significant premium to even a BS-IV diesel car, as much as a lakh of rupees more. A premium hatchback in diesel could cost over Rs 2 lakh more if it has a diesel engine. And at today’s prices at the pump, that would mean a lot of daily driving to make back the additional investment, which if you live in the National Capital Region (NCR) is accelerated further because of the Supreme Court imposed strictures mandating that diesel cars must be deregistered after 10 years.

While the introduction of the new norms should mitigate this condition for BS-VI compliant vehicles, the possibility that the courts and the National Green Tribunal might impose further strictures on diesel are ever present. There were serious talks last year of the possibility of all diesel vehicles being banned in the NCR during really bad days with hazardous Air Quality Index scores, and given that it is not just the NCR but almost the entire northern half of the nation that chokes every winter, this remains a possibility, even though it cripples the economy.

However, increased prices of diesel vehicles do lead to an intriguing possibility. One major reason why people bought diesel cars was that they are incredibly fuel efficient, sometimes as much as 40-50 per cent more economical. While that made a huge difference when petrol and diesel prices were miles apart, even in today’s pricing environment, it makes a sizeable difference. If you are driving more than 50 km a day, a diesel still makes sense as of today. What will that heavy usage person think of once that diesel option is taken away from him/her?

The answer in my opinion is not electric, not just yet, but hybrids, particularly those with as much as 30-50 km or pure electric range as well as the ability to be plugged-in overnight. Both Honda and Toyota have fairly advanced hybrids available in India but they are in the large sedan segment and quite expensive. But if such a hybrid was made available in a smaller vehicle —and with technology and battery prices falling that is clearly possible — why wouldn’t a buyer consider one such?

A strong plug-in electric hybrid could reduce fuel bills dramatically, much more than diesel vehicles. The fact that it also has an electric mode could curb emissions spectacularly.

Pure electric cars are still far too expensive and it is more likely that electric mobility will be driven in India by two-wheelers and public transportation. But far more studies need to be conducted. While India produces more than enough electricity, our grids are currently not capable for the large part of dealing with a surge of electric vehicles. To make such vehicles viable, huge subsidies on the vehicle manufacturing costs and the power supplied are still needed. But subsidised power will mean that a commercially viable charging ecosystem cannot develop alongside. There are hundreds of questions and the fact is that “visionary” politicians and bureaucrats, who have declared the future of mobility is electric, have been incredibly lazy, because this is an industry that employs millions and plays a huge role in the economy.

Hybrids are easier, they take care of the infrastructure problem by having an onboard generator in the engine. They will be slightly expensive to buy but the potential fuel savings on hybrids, if the Honda Accord and Toyota Camry hybrids that are currently sold in India are any indication, could be more than that of diesel, even if the battery is not regularly charged.

Charge the battery overnight and your fuel tank could stretch for weeks rather than days. And it will get Indians used to a new normal. But one thing is clear, that new normal will not have diesel play a big role!