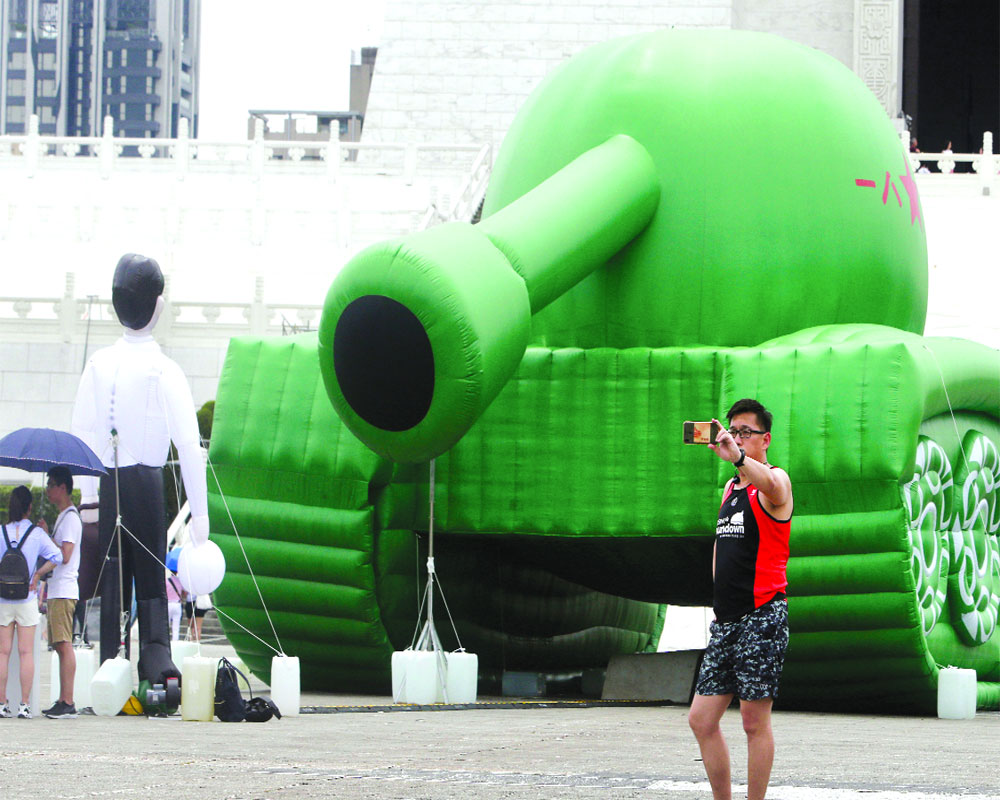 China justifies its brutal Tiananmen actions in the name of maintaining stability. The Communist Party has used both algorithm and human editors to erase every sign of the massacre from China’s history.  Even posting a photo of the 1989 to commemorate the anniversary can land a person behind bars in China

Just before the 30th anniversary of the Tiananmen Square protests on June 4 this year, the Chinese State — considered by many as world’s biggest censorship authority —  removed all references of the historic event from the web pages in the country.

The moot point is whether the Communist leadership is wary of the revival of such democratic uprisings in the mainland. Many political experts opine that deep inside Communist China, the fear of the explosion of the myth of the Socialist State remains high.

What led to the bloody Tiananmen Square crackdown? How the Communist bosses in Beijing responded? And how the international community wanted them to deal with this democratic awakening? The immediate cause of this uprising was no other than the demise of isolated Communist Party leader Hu Yaobang in April 1989. The main reason for his isolation was his strong views about economic and political liberalisation in China.

In fact, Yaobang was the one who helped navigate China away from orthodox Marxism and led the world’s largest Communist Party for six years. His death triggered a spontaneous outpouring of public grief, with millions of youth coming out in protests seeking to restore his reputation and legacy for wide ranging reforms in areas such as free press, freedom of assembly and an end to official corruption across China.

However in a remarkable twist, this simple demand of the youngsters and ordinary people gradually transformed into a massive protest movement not only in the heart of capital city Beijing but across China. As many as one million people occupied the Tiananmen Square on June 4, 1989, making it one of the largest protests in the history of modern China. The demonstrators refused to leave the Square for nearly seven weeks, until their demands for democratic reform were met by the authority. Throughout the day i.e. on June 3, the Government warned the protesters that it would do whatever is required to quell, what it described, the “social chaos”.

The Communist bosses reacted by rolling Army tanks over these unarmed young protesters in the Tiananmen Square. According to a secret diplomatic cable, as many as 10,000 were killed on that fateful day. Many of the leading young leaders of the movement are now living in the US, according to information compiled by human rights in China, an NGO, based in Hong Kong and New York that promotes fundamental rights and freedoms in China.

No event like the Tiananmen Square protests has stirred such emotional outpouring from all walks of life around China and no event like it has brought so vehement condemnation upon China from the international community then and even now.

The Tiananmen Square protests remain a permanent taint on China. Then US President George Bush had said he deplored the use of force. And then UK Prime Minister Margaret Thatcher said she was shocked and appalled by the shootings.

While the entire world commemorated the 30th anniversary of this horrible clampdown on non-violent human rights activists in Beijing, China keeps online mention of the historic incident within the country virtually non-existent.

The US President, Donald Trump, has described the violence in Beijing 30 years ago as a “strong powerful movement”, quelling a “riot”, albeit with “horrible force”. Kevin McCarthy, the current House Minority leader in the US House of Representatives, expressed his deep concern which truly symbolises what took place in China on June 4, 1989: “Thirty years later, the horrors of the Tiananmen Square Massacre continue to symbolise the Chinese Communist Party’s inhumane grip on power. Today, the citizens of China have less freedom and their leadership remains opposed to the most basic of human rights. China suppresses the truth by attempting to sanitise its dark history. It runs concentration camps for religious minorities and political dissidents. And it boasts of its imperial designs for global trade and disputed territory. That is what the generations of Chinese leadership is continuously doing to make the party precisely the only affair in every citizen’s life.

However, unfortunately, it is not happening and many are not responding to its machinations today.

The secrecy and grand censorship machine of the Communist State makes it difficult to know even how many actually died in the Tiananmen Square movement. The party has used both algorithm and human editors to erase every sign of the massacre from China’s history.

Commemorating the anniversary, even by reposting a photo can land a person in detention across China. One of those memorable photos is that of “Tank Man” who played a game of chicken with an Army tank on June 5, just one day after the dreaded massacre in Tiananmen Square. But his fate is unknown as of today. The most recent imprisonment related to the Tiananmen movement occurred on April 4 this year. A court in the South Western city of Chengdu sentenced activist Chen Bing to three and half years in prison for picking quarrels and provoking trouble. His main offence was that he labeled bottles of “baijiu” alcohol with the iconic image of the lone protester who stared down tanks near the Tiananmen Square.

Much more than this, what the Chinese State does to the relatives and families of activists of this movement is really surprising and terrible. Each year, when the Tiananmen anniversary approaches, these families and their dear ones are placed under strict surveillance or taken on enforced tours outside the town.

Besides killing thousands in the Tiananmen Square protests, many thousands were put behind bars across China. However, the authorities never acknowledged that the arrests were part of the “counter revolutionary” drive.

Ironically, this month also, China defended the crackdown on the 1989 Tiananmen protesters in a rare public acknowledgement of events. Defence Minister Wei Fenghe told in a regional forum in Singapore that the “incident was a political turbulence and the Central Government took measures to stop the turbulence, which is a correct policy”. He further said, “The past thirty years have proved that China has undergone major changes because of the Government’s action at that time. China has enjoyed stability and development.”

The statement from the Government functionary epitomises the brutal face of China that can do any anything in the name of maintaining “stability” and “development”. How far this madness of urbanisation and inhuman development would take China to is nobody guess. Development bereft of basic freedoms may not boost the Communist regime. Even iron curtains fall when its time comes.

The historic Tiananmen Square protests tarnished the image of the Communist Party like never before. Equally it undermined the legitimacy of its rule both within and outside China. Beijing needs to undertake democratic reform at the earliest. And it should embrace a new system based purely on “rule of law”.

After decades of economic reform, Chinese people could realise their dream of national rejuvenation only when basic political freedoms are guaranteed to them.

The problem with China today is that they do not want to change as the liberal West wanted it to be. The successive Chinese leaders want the West to believe that they rule China with willful acceptance by the majority of people.

The nationalist Chinese autocracy, currently consolidated under Xi Jinping, would be a real terror both for its populace and for the rest of the world. When their revered leaders boast about China preaching and practicing “peaceful rise”, why they are not allowing its own people to speak up against the party in non-violent manner? Crushing innocent and unarmed civilians do not qualify China to a dignified seat in the comity of global leadership.