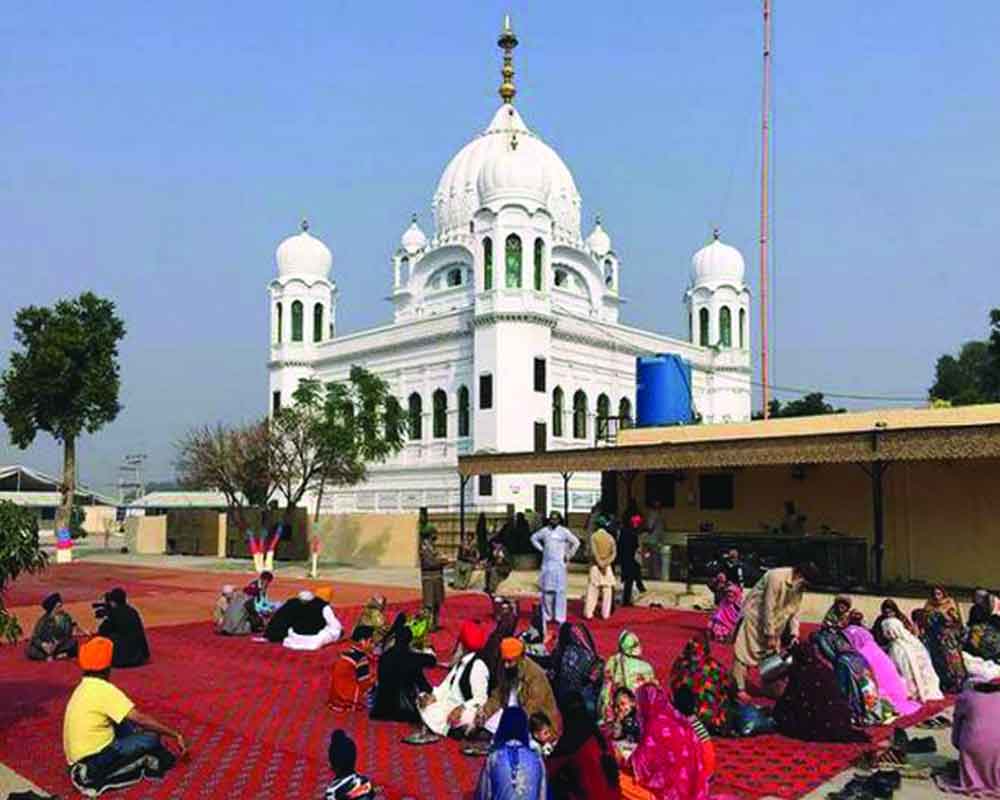 The Congress, against the backdrop of Indo-Pakistan tension, has had to battle a perception war whenever it has tried to play the responsible Opposition and critique Government policy. For Pakistan has mischievously played up comments made by party leaders in the domestic context to justify its stand on internationalising Kashmir, making them look like its ally than nationalist. This time, too, the Congress was stumped by the Pakistan regime’s surprise move to invite its senior leader and former Prime Minister Manmohan Singh for the inauguration of the Kartarpur corridor, considering his stature as a Sikh notable. This caused embarrassment in Congress circles because an official invite for the corridor, that will connect Darbar Sahib, set up in 1522 by Sikh faith founder Guru Nanak Dev to Dera Baba Nanak shrine in Gurdaspur district on our side, was clearly meant to ignore protocol and bypass Prime Minister Narendra Modi. Had it been well-intentioned, there could have been a joint inaugural from either side or at least an official communication sent. But it was maleficent, aimed at embarrassing an Opposition party, which would look weak-kneed and a pawn in Pakistan’s designs to a home audience and rile up the ruling BJP at once. Islamabad’s hypocrisy is stark considering it had not responded to Singh’s offer of visa-free access to the shrine in 2004 when he was the Prime Minister.

The matter though was deftly handled by Punjab Chief Minister and Congress veteran Amarinder Singh. To blunt both Pakistan and any liberal query as to why Singh would not qualify as a Sikh notable worthy of visiting the hallowed shrine, the Punjabi strongman has now proposed that he be part of an official State Government jatha or delegation that would visit the shrine. He also clarified that the jatha would stay clear of the Pakistan-organised ceremony as it was in the nature of a pilgrimage. He has even invited Modi and President Ram Nath Kovind for celebrations on the Indian side. Clearly, now that its level-playing field has been upturned in Jammu & Kashmir, and with both the West and the Islamic world supporting India’s position on its changed status, Pakistan doesn’t want to isolate the Sikhs or lose the trumpcard of Khalistan. Particularly, after its Prime Minister Imran Khan’s “cry wolf” threats of a nuclear war have dented the nation’s credibility at international fora. So the Pakistan Army, without whom Khan would not have been in the chair, has decided to up the pro-Khalistan extremist agenda and foment trouble in Punjab. While announcing the Kartarpur project initially, Pakistan had appointed several Khalistani separatists on the committee, much to India’s discomfort. Its former Army chief Gen Mirza Aslam Beg openly advised the military and the Government to use the Kartarpur corridor for Khalistan terror and “create trouble for India.” Recently, the Pakistan Army even got pro-Khalistani supporters to challenge the reorganisation of Kashmir. No matter how hard India may try to make Kartarpur a matter of people-to-people concern, the fact is that Pakistan’s initiative on the Kartarpur corridor will never be free of politics. Pakistan seized the first mover’s advantage in the propaganda warfare by declaring its intention to operationalise it soon after Capt Amarinder blamed Pakistan and the ISI for the grenade attack on a Nirankari gathering near Amritsar. With that announcement, it got its own minority Sikhs on board, a favourable opinion from the extended community around the world, revived the hardline Khalistan sentiment and eventually tried to foment disturbance in Punjab. India had no choice but to get into the act immediately before it could assess if it was another attempt by Pakistan to woo the Sikh community. India has to be alert that the base camp on the Pakistan side doesn’t become a hotbed for Khalistani propaganda and meetings in the name of allowing faith congregations. Pakistan Army chief General Qamar Bajwa stood in Kartarpur, shaking hands with known Khalistani face Gopal Singh Chawla, much to India’s discomfiture. Pakistan is trying to project itself as a champion of minority rights and their religious freedoms and India cannot afford to let its guard down or allow a new proxy war to brew.