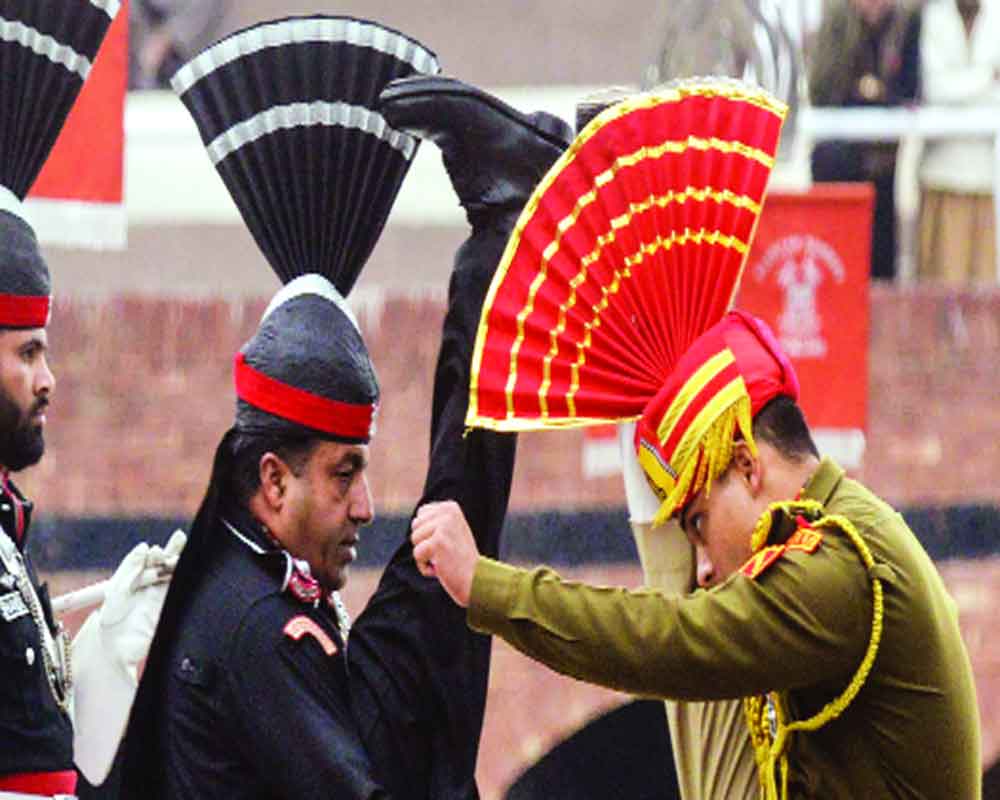 Even though Modi has raised the bar for peace talks with Islamabad, he must seize the opportunity to pull aside Khan at Bishkek to break the ice. We cannot ignore Pakistan

Last October, I took a bet that Pakistan Prime Minister Imran Khan would be invited for the swearing-in of the new Indian Prime Minister in May 2019. This was based on the assumption that terrorist groups based in Pakistan-occupied Kashmir and Pakistan would not raise the ante and they would not act autonomously — without sanction from the Inter-Services Intelligence (ISI). Second, that Narendra Modi would be re-elected as Prime Minister but probably with a smaller majority in Parliament. I was proved wrong on both counts. A local Kashmiri, Adil Dar, trained by Jaish-e-Mohammad as a suicide bomber, carried out Kashmir’s first genuine suicide attack against a CRPF convoy (Pulwama) killing 40 troopers; and Modi was re-elected with a huge margin.

The electoral success of the retributive Balakot airstrikes in Pakistan was a game-changer, which led the BJP to shift the focus of its electoral campaign from the success of its elaborate welfare schemes to imperatives of national security, counter-terrorism and Pakistan bashing. So, under the altered post-election scenario, inviting Khan became a non-starter. Had Pulwama not happened, it is conceivable, indeed possible, that Khan would have been in the forecourt of the Rashtrapati Bhavan last week. The so-called snub to Pakistan was delivered using the Bay of Bengal Initiative for Multi-Sectoral Technical and Economic Cooperation (BIMSTEC) to sideline South Asian Association for Regional Cooperation (SAARC), which is like cutting your nose to spite your face.

From day one of his election, the khaki Prime Minister Khan has kept talks with India his primary foreign policy goal. He has not missed any opportunity to urge India to resolve all outstanding issues, including Kashmir, through dialogue. Even at the height of the Balakot conflict, he requested Modi for talks and released Wing Commander Abhinandan Varthaman as a peace gesture. The Modi threat of launching 12 ballistic missiles on Pakistani cities is as big a fantasy as his avowed intention to use nuclear weapons — in reality, dangerous election rhetoric.

After the terrorist attack on the Parliament in 2001 and India’s tepid response with Operation Parakram, the Vajpayee Government paved the way for a backchannel dialogue to be started in 2004 between two civilian interlocutors, which culminated in the 4/5-point Kashmir formula, the closest the two countries have reached on a political settlement on Pakistan’s core issue. India’s core concern of terrorism was addressed by Gen Pervez Musharraf, who was then Pakistan’s Army Chief and head of the civilian Government by putting curbs on infiltration, which according to the then Indian Army Chief, Gen S Padmanabhan, reduced by an all-time high of 53 per cent. Only after Musharraf lost both his jobs in 2007-08, did Mumbai happen. But both sides had missed an opportunity which emerged from talks.

The third BJP-led NDA Government holds the dubious record of not engaging Pakistan in any structured dialogue in all its five years in office. Not for want of trying but due to imposing avoidable conditionalities such as Pakistan interlocutors not meeting the Hurriyat. The last recorded official conversation with Pakistan was in mid-2012 as the engagement process was derailed by the beheading of an Indian soldier on the Line of Control (LoC) in January 2013. Till then, three rounds of talks were held under the new Resumed Dialogue, started in 2011 following the India-Pakistan summit at Sharm El-Sheikh in 2009. Barbarity on LoC became the red line for disrupting talks under the UPA regime even if it was one soldier lost —public opinion had become so powerful.

When Modi tried to befriend Nawaz Sharif in 2015, it led to Pathankot and despite it, Modi allowed an ISI-led team to investigate the Jaish-e Mohammad attack. Uri and Pulwama sealed the fate of any structured dialogue; though three rounds of Kartarpur corridor have taken place. Given the international opprobrium arising from Pulwama, Pakistan’s greylisting at FATF, its dire state of economy and even China yielding to pressure on listing of Masood Azhar on UN’s 1267 sanctions list, it is fair to believe that ISI has put on leash its strategic assets, as it had done following Mumbai, against conducting any high casualty terrorist attacks in Jammu & Kashmir and elsewhere in India. Mumbai happened seven years after Operation Parakram and Pulwama 10 years after Mumbai. The average ‘leash-cycle’ of terrorists is eight years.

Unlike Nawaz Sharif, Khan is untested in his zeal and devotion to the peace process. The Pakistan Army’s readiness to overcome its need for an existential threat from India holds the key to longevity of any outcome-related dialogue process. That is why it is vital to engage the Pakistan Army through a creative backchannel. Khan was right in echoing a long-held view that a Right-wing BJP-led Hindu nationalist Government in India was ‘better’ for peace talks. Now that the BJP has replaced the Congress as India’s natural ruling party, that scenario may have come to stay for the foreseeable future. But that is only one side of the story. In Pakistan, you will need a military-led Government or at the very least, a military Government with a civilian face like the present Khan-led dispensation. When these two conditions meet, the two can tango.

It was a tad disingenuous to keep Khan out of the Modi swearing-in by saying it was inviting only BIMSTEC leaders and leaders of Mauritius and Kyrgyzstan, the latter holding the chair of SCO, which Modi will be attending next week and where he is likely to meet Khan. The snub for Pakistan is a snub for SAARC, which is the South Asian regional organisation; whereas Bimstec is the Bay of Bengal sub-regional grouping comprising five SAARC countries — India, Nepal, Bhutan, Sri Lanka, Bangladesh and two members of Asean — Myanmar and Thailand.

BIMSTEC is no alternative to SAARC — it can never be. It excludes Muslim-majority countries Pakistan, Afghanistan and Maldives which are part of SAARC. It is described as complementing Neighbourhood First with Act East policies. While India is the dominant country, China’s shadow is over both. In SAARC, China has an observer status and its string of pearls connects every Saarc country except India and Bhutan. BRI does the same. Similarly, China’s primacy is writ large over Myanmar and Thailand. Both BIMSTEC and SAARC cannot escape China’s outreach.

Last month, India’s Ambassador to the US, Harsh V Shringla, said in Washington after Modi was re-elected Prime Minister that India will not hold talks with Pakistan until it gives up its state policy of supporting terrorism. Even though Modi has raised the bar for talks, he must seize the opportunity to pull aside Khan at Bishkek to break the ice. You cannot ignore Pakistan.