Use the Question Hour

Use the Question Hour 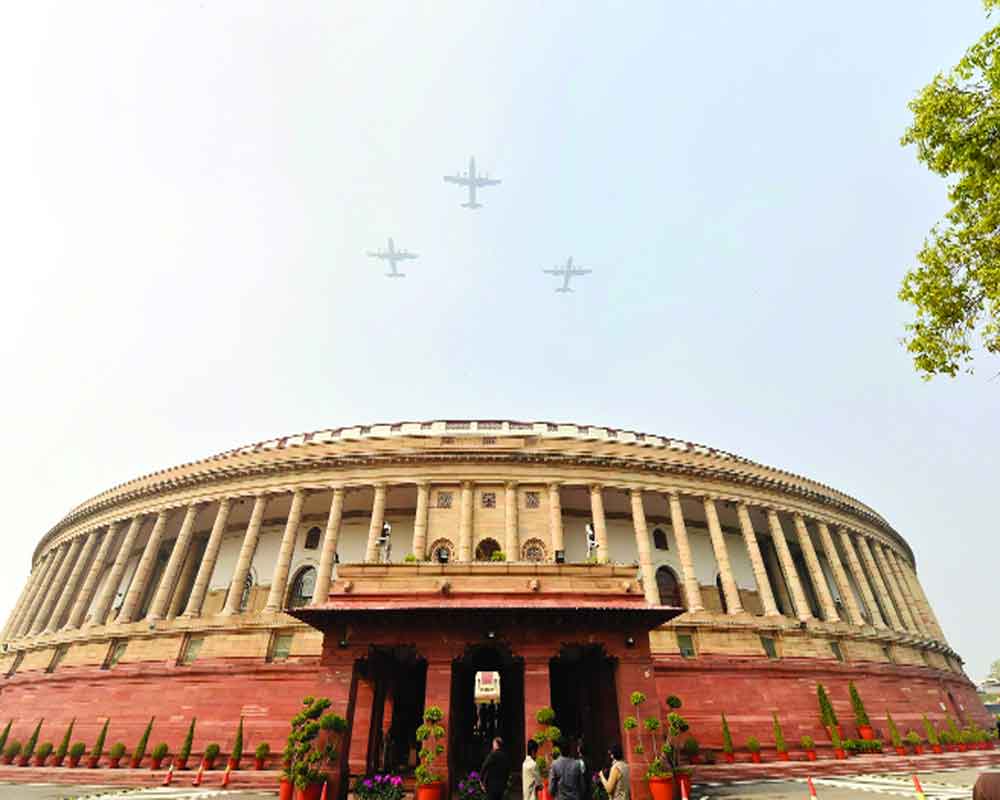 Parliament is empowered to ensure that the Government and executive are accountable and can keep the bureaucracy in check. That’s why we need longer House sessions

In 1958, a social and economic campaign, led by former Chairman of the Communist Party of China, Mao Zedong, sought to transform the Chinese economy from an agrarian society to an industrial powerhouse. It is widely believed that some of the policies introduced during the Great Leap Forward eventually led to the Great Chinese Famine between 1959 and 1961. While China focussed on moving its workers from farms to factories, simultaneously, it went through one of the worst famines in human history.

Peculiarly, in the years leading up to the Great Chinese Famine, Beijing was actually exporting significant amounts of grains while a large population of the country was dying of starvation. Why was this so? Reason for this seemingly irrational policy was apparently an illusion of abundance. In order to avoid the wrath of their bosses, it turned out that at each level of the bureaucracy, every person fudged the grain production marginally to show better output than was the case actually. By the time this information reached the top brass, an impression was already created that China had enough grain to spare and, therefore, could fund the Great Leap Forward by exporting excess grain. As we all now know, the lack of accountability and the verification of information eventually contributed to a famine that led to the death of tens of millions of people over there.

While this may just be a morbid example, it does underline the importance of the bureaucracy, which serves as the framework of a democracy and crucially highlights the importance of keeping this framework accountable. In this week’s column, this writer’s focus will be on why it is important for Members of Parliament to participate and spend more time in the House so as to ensure greater accountability.

Fundamentally, the bureaucracy forms the other arms of the Government because unlike the elected representatives, who may be voted out in an election or the judiciary, which has to justify its decisions through reasoned orders that may even be challenged and are a matter of public record, the bureaucracy can really be held accountable by elected representatives, who are in turn answerable to the public. This is one of the primary reasons why both Houses, at the Centre and in the States, must be more active so as to ensure that those individuals, who are actually responsible for the day-to-day working of the country, are held accountable along with the MPs and MLAs.

While it is often thought that the Parliament’s role is limited to discussing and drafting laws for the country, there are other crucial roles, too, that it fulfills. They are just as important as the drafting and passing of legislations, including ensuring that individuals and departments, which are responsible for running the country, actually do their job.  This is the role that ‘Question Hour’ is primarily meant to fulfill. It refers to the first hour of a sitting Session of the Lok Sabha. During this hour, MPs are free to raise any question  pertaining to various issues regarding the actual administration of the country. After a question has been raised, in accordance with the applicable rules of Parliament, the concerned Minister, to whom the query has been addressed, is required to answer in Parliament itself. This is one of the many ways in which the Indian public gets access to information and details about the manner in which actual work is being carried out by the Government.

Take for example, there is a question regarding the ‘Smart Cities Mission’, such as how many smart cities have actually been built or what is the success of the said plan that was launched by Prime Minister Modi? The relevant Minister is required to provide the answer along with a detailed reply, placing such information on record on the basis of which the answer has been provided. The Minister’s speech is obviously made on the basis of information provided by the particular bureaucrat, who is responsible for the implementation of the plan. Therefore, if the answer does not show the Government in good light, automatically, there will be pressure on the relevant bureaucrat to ensure that the programme is implemented more efficiently or he/she will have to explain why the scheme is not being implemented as intended.

The UPA did, in fact, contribute towards bringing accountability to the bureaucracy in a major way through the introduction of the Right to Information Act, 2005, but there is a need to ask more from the Parliament. It is an extremely sad state of affairs that in the past three years, Parliament has functioned for an average of 60-70 days a year. It is, therefore, imperative that Parliament functions for at least 120 days a year. Such legislation has been proposed in the past as well by certain MPs as a private Bill but there has, as yet, not been enough momentum for such an initiative. This has been particularly disappointing. As opposed to Britain, where Parliament functions for around 120 days a year, over the past three to four years, the Indian Parliament has only functioned for around 60-70 days. This period is barely enough to get any significant work done and, therefore, it inevitably leaves a major arm of the Government — the executive — unchecked and unaccounted.

While during a session of Parliament, a large amount of time does go into drafting and debating legislations, the importance of Question Hour in ensuring a functional, transparent and honest bureaucracy cannot be ignored. This is all the more important since, as mentioned earlier, while elected representatives do receive a lot of criticism (often warranted) during their tenure, there is an easy way of holding them accountable: By voting them out. In the case of the bureaucracy, however, which is responsible for actual implementation of policy decisions, there is no clear mechanism in place to hold them accountable.

It is for this reason that one must understand and appreciate the role of the Opposition in a particular country since it keeps a Government and the executive honest. This is why the Congress and its chief, Rahul Gandhi, have repeatedly said that they have no interest in a ‘BJP-mukt Bharat’ because despite the ruling party’s parochial view of India, they do fulfill an important role in our democracy. After all Mao and the Communist Party in China did not have an Opposition or the concept of a Question Hour in place to keep their bureaucracy accountable. India should be grateful that it does but should also recognise that it is time to take a few more steps forward.