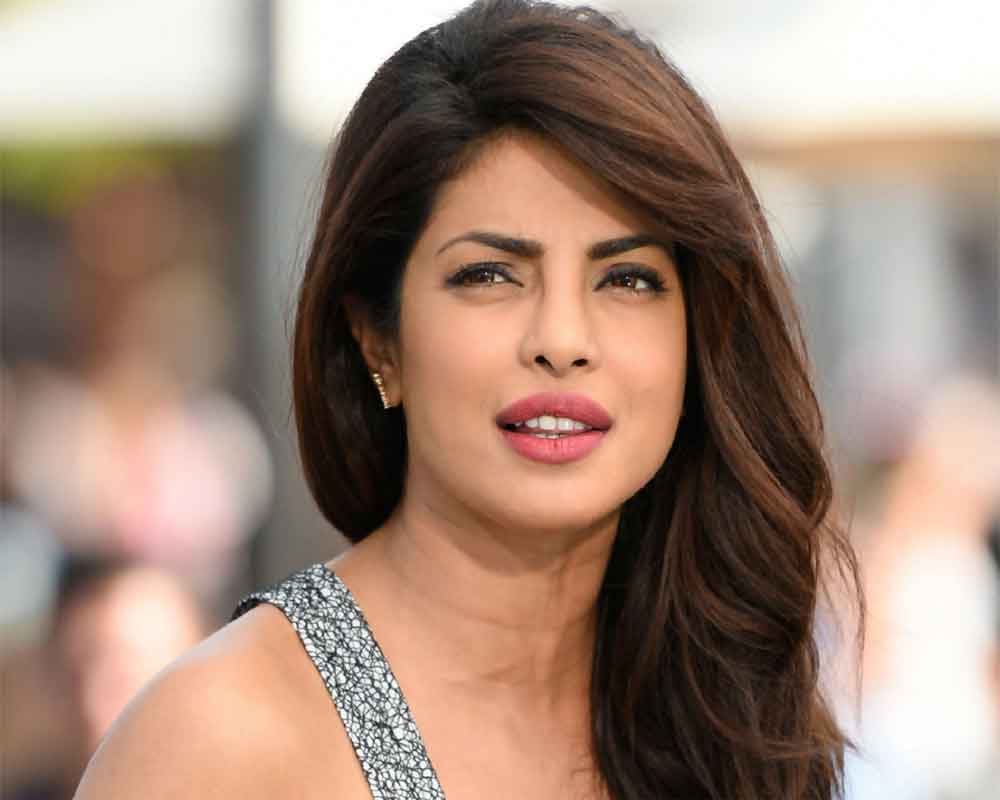 Influence is the byproduct of fame for actors, not power, says Priyanka Chopra.

The actor, who is a UN goodwill ambassador, said if people demanded the same amount of accountability from lawmakers as they did with celebrities, things might change for the better.

"I believe I'm just a movie actor. I am not a politician that I should have responsibility. I have influence, definitely. What I say will have influence, so I try to behave like a responsible person, but I don't think I should be held at standards of political leaders at all and nor should celebrities," Priyanka told PTI in an interview.

"If that kind of accountability was actually held to people who can change the laws, there would be a possibility for change. But people would rather do that with celebs who are just making movies. I'm trying to entertain you so I find that a little amusing," she added.

Earlier this year, the 37-year-old actor, who is currently promoting "The Sky is Pink", had faced criticism from a Pakistani woman for her tweet praising the Indian Air Force in the wake of Balakot strike.

"The Sky is Pink" is Priyanka's first Hindi feature film in three years.

She had been busy with "Quantico" and Hollywood projects such as "Baywatch", "A Kid Like Jake" and "Isn't It Romantic?", which made it hard for the actor to do a Bollywood movie.

"It was not out of choice that I didn't do a Hindi film. It was the lack of time. As soon as it (the show) was done, the first feature that I actually did was 'The Sky is Pink' instead of even doing something over there. I started working on movies in Hollywood after I finished 'The Sky is Pink' because I really, really wanted to do a Hindi film," she said.

The actor said she does not take her Hindi cinema career and strides in Hollywood as something "mutually exclusive".

"I don't think either career is mutually exclusive. I feel like if you are willing to take lots of flights, which are bi-continental, and not sleep enough, and fight jet lag, then you can do both," she added.

Filmmaker Vishal Bhardwaj has often spoken about how working with Priyanka on two of his films was a great experience and it is a mutually shared equation as the actor said she would love to collaborate with the director once again.

"Vishal sir's my heart. We have always worked so well together and even now he's one of my closest, dearest friends. But I haven't signed any Hindi film, yet," she said.

Priyanka has just started prep for the Netflix adaptation of Aravind Adiga's "The White Tiger", with Rajkummar Rao, but it is an English language movie.

Bollywood may have to wait as the actor has various projects in different stages of development in Hollywood, starting with her much-anticipated collaboration with Indian-American actor-writer, Mindy Kaling.

"There's no title for it yet. It's a buddy comedy for Universal Pictures and Mindy and Dan Gore, who's written 'Brooklyn Nine-Nine'. They are writing it at the moment, so this is going to be a next year thing."

Priyanka is developing a movie on controversial spiritual guru Osho's former close aide, Ma Anand Sheela, with "Rain Man" director Barry Levinson, and then there is a superhero movie with Robert Rodriguez, titled "We Can Be Superheroes".

"It has me, Pedro Pascal, Christian Slater and a bunch of amazing actors that have come together to tell this movie. Robert's a kid at heart. My character's really cute."

The actor plans to come out with a book next year, which marks 16 years of her career in movies and 20 years of her winning the Miss World title.